The Road To The Tokyo 2020 Olympics Get Underway

After fears that boxing might be dropped from the Olympic programme, the road to Tokyo 2020 gets underway on Thursday with the start of the first Olympic qualifying tournament in Dakar, Senegal.

The African qualifier will see 33 boxers qualify for Tokyo, the first of four continental events. The action in Senegal reaches its climax on February 28 and 29 and will be followed by the Asia/Oceania qualifier in Amman, Jordan, then the European event in London and the Americas qualifying tournament in Buenos Aires, Argentina.

For those that don’t make it through their continental event, there will be one final chance to qualify for Tokyo 2020 in Paris in May. 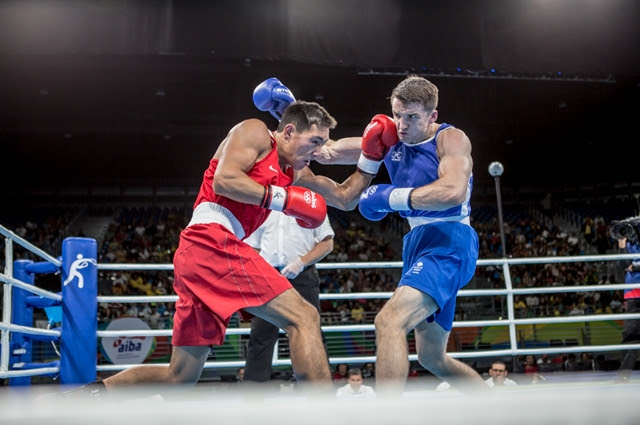 Morocco and Algeria are likely to do best in Senegal, although Africa has not had the best of fortune lately in Olympic boxing. Only one medal - a bronze for Morocco’s Mohamed Rabii – was won by Africa in Rio de Janeiro four years ago and there were none in London in 2012.

This will be the first time that professional boxers have been able to compete in a continental qualifier and there are several in Senegal, notably at middleweight, where neither Wilfred Ntsengue or Rayton Okwiri are seeded, but both have plenty of experience.

Ntsengue, 22, is already an Olympian and won a silver medal at the 2018 Commonwealth Games for Cameroon, before relocating the Montreal, where he has amassed an unbeaten record of eight bouts, which includes winning a WBC Youth title.

Okwiri returns to compete for Kenya having boxed in Rio four years ago, where he was convinced he was on the wrong end of a bad judges’ decision. In his six professional bouts, he was crowned African middleweight champion, a title he was stripped of after being selected for this tournament.

Okwiri is in action on the opening day, taking on Emhemed Elmagasbi, of Libya. If he wins it will set up a fascinating second round match against the No 1 seed, David SSemujju, of Uganda.

The first session of boxing starts at 4pm (UTC) on Thursday.

All the Olympic qualifiers will be streamed live and free exclusively on olympicchannel.com

Pro boxing was not successful in Olympics and should be banned. :spankme: