Roach: Shocked That Golovkin & Sanchez Split, It's Part of Boxing

Hall of Fame trainer Freddie Roach is shocked that Gennady Golovkin announced a split from long-time coach Abel Sanchez after nine years of working together.

The former unified middleweight world champion confirmed the news in a statement on Instagram, describing it as a "major decision".

Golovkin, who recently signed a six-fight $100 million deal with DAZN, will return to the ring against Canadian Steve Rolls on June 8th in Madison Square Garden in New York City. 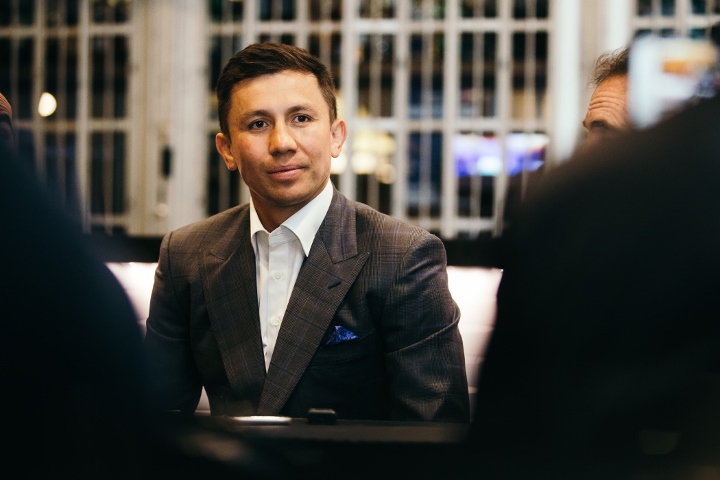 And for that fight with Rolls he will have a new trainer in his corner, and the contest will mark Golovkin's first outing since losing his WBA, IBO and WBC titles in a rematch with Saul 'Canelo' Alvarez last September.

"I would like to announce that I have made a major decision for myself and for my career," said the 37-year-old.  "I want to build on what I have already achieved and continue to better myself. Therefore, I will not be training with Abel Sanchez. This was not an easy decision for me and it is not a reflection on Abel's professional abilities. He is a great trainer, a loyal trainer, and a Hall of Fame trainer. I will be announcing my new trainer at a later date. But today, I want to thank Abel for the lessons he taught me in boxing."

Last year, Roach was fired by Manny Pacquiao after a 16 year relationship, but they reunited earlier this year.

"Abel and him have been together so long and have had such success together, its kind of a shock to me a little bit. But things happen. One thing about trainer, if you want to be a boxing coach get used to getting fired. Because when something goes wrong, you will get fired," Roach told BoxingScene.com.

At the moment, Roach has not been contacted by Golovkin regarding a training job.

"Abel is a good friend. There have been no calls or anything like that [to train Golovkin], so I don't think I have to worry about that," Roach said.

[QUOTE=Bs_king;19691841]For whatever reason i dont remember seeing the body stats. But thats very eye opening and i can only assume he didnt go to the body because he couldnt defend canelos catch and shoot... i know its kind of “rare”…

[QUOTE=BigStomps;19691777]You must not know that the ONLY reason Floyd quit training with his Uncle Roger was because his uncle was having medical issues and couldn't physically train Floyd anymore. But Floyd NEVER fired his uncle Roger so IDK why you…