Rigondeaux Training With Ronnie Shields, PBC in Corner Too

Rigondeaux arrived on Sunday to Houston to start working with Shields, who took another Cuban, Erislandy Lara, to the very top. 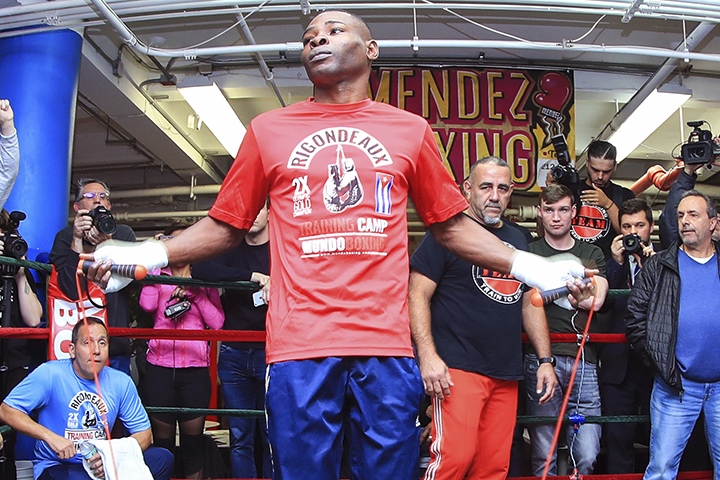 Until a few weeks ago, Rigondeaux (17-1, 11 KOs) responded to the technical orders of another prestigious professor, Pedro Díaz.

According to sources from Rigondeaux's team, the decision to get Sheilds is not a reflection of the relationship with Diaz.

Together with Rigondeaux, coach and ex-boxer Ramón Garbey and the young warrior Eduardo Pérez made the trip from Miami.

"There's a very good atmosphere here at the Shields gym," said Perez. "Seeing Lara with Rigondeaux is something really positive. There is a lot of unity. The only bad thing is the cold.''

Shields, a forger of champions like the Charlo brothers, has been with Lara for a decade and now also assumed the training of double amateur champion Joahnys Argilagos, who must debut as a professional sometime in January.

Although confirmation is still awaited, Rigondeaux team sources are pointing to a return of December 22 or in the first half of January, now under the banner of Premier Boxing Champions.

Luis DeCubas Jr., who is very close to PBC head and powerful boxing adviser Al Haymon, has supervised the arrival of Rigondeaux to the banner which has television deals with Fox Sports and Showtime.

Rigondeaux has been inactive since moving up in weight, by two full divisions, to suffer a TKO loss at the hands of Vasyl Lomachenko in December 2017.

Rigondeaux is easily one of the most talented boxers I have ever watched. Shame how his career ended up. Like I said about GGG, he has to blame himself on some of the things that happened in his career, but…

Would be great if he could get back in the mix with a good pressure fighter.

Must be a subtle way of blaming his trainer for the Loma embarrassment. Manny moved up 8 divisions and is in real life like 5'5" and that's what this guy is listed on Google. Guy has more excuses than a…