Richard Riakporhe vs. Jack Massey In Play, Dec. 19 In London

Richard Riakporhe is set to return to the ring before the end of the year.

The WBA Inter-Continental cruiserweight champion (10-0, 8 KOs) was last in action in the summer.

Riakporhe, who is managed by heavyweight Dillian Whyte, won a split decision over Chris Billam-Smith at the O2 Arena in London. 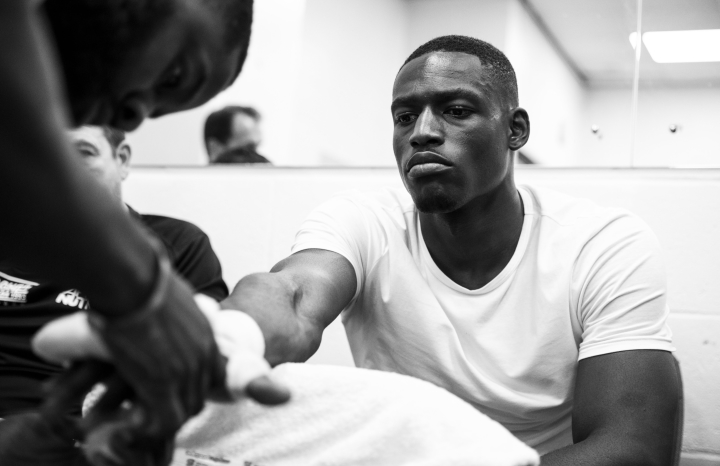 And the UK capital looks like being the setting for his return on December 19, exclusively live on Sky Sports and DAZN.

He is expected to be confirmed as the headline act for a JDNXTGEN card at Bethnal Green’s iconic York Hall venue on December 19 on which he will face Jack Massey for the vacant British title at 200lbs.

The belt was most recently held by Lawrence Okolie, who has since won European honours and relinquished the crown.

The show has yet to be formally revealed by Eddie Hearn and Matchroom Boxing, but Boxing Scene understands that the Riakporhe vs. Massey fight will be flanked by a whole host of the best British talent.

Massey has been handed his opportunity on the back of Okolie’s relinquishment of the belt after his fight with ‘The Sauce’, which was scheduled for July in Manchester, was cancelled due to the show being canned.

‘One Smack’, from Chapel-en-le-Frith in Derbyshire, has a record of 16-0 with eight quick and is managed by Kevin Maree. He was last seen back in March at the King George’s Hall in Blackburn when he outpointed Kent Kauppinen over six rounds.

Donte Dixon, who made his debut last month and is managed by Billy Joe Saunders in conjunction with MTK Global, will feature alongside Fabio Wardley –– another man managed by the aforementioned Whyte –– and Shannon Courtenay.

Charles Frankham will return to the ring for the first time since May and Eddie Hearn has also mentioned the possibility that the card could feature a vacant British light-heavyweight title showdown between Craig Richards and Shakan Pitters, who holds the English title, while British super-welterweight king Scott Fitzgerald –– who outpointed Ted Cheeseman at the Utilita Arena in Newcastle last month –– could box for the final time this year before a potential mouthwatering rematch against Liverpool’s Anthony Fowler at Deepdale, the home of his beloved Preston North End Football Club.

One Smack Jack is a great nickname. Fair play