Rene Tellez-Giron Return Pushed Back Due To COVID-19

The return of Rene Tellez-Giron will have to wait another day.

The eight-round bout was to have taken place at the Domo del Parque San Rafael in Guadalajara, Mexico. 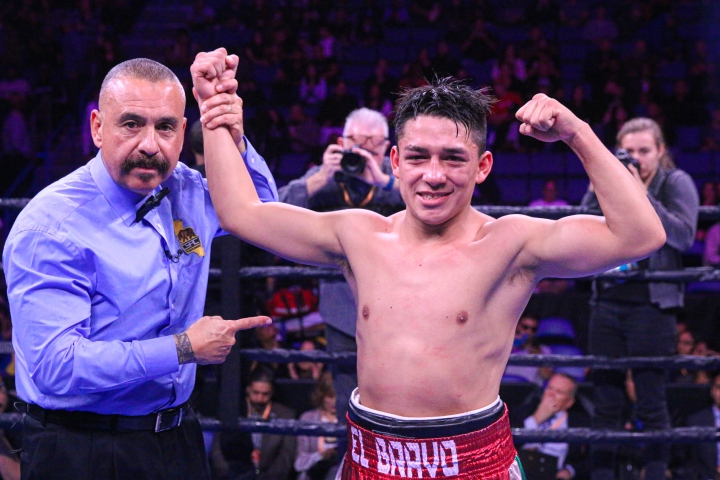 Tellez-Giron (14-1, 8 knockouts), who resides in Queretaro, Mexico, has not fought since knocking out previously-unbeaten and 2016 U.S. Olympian Karlos Balderas on December 21. Espinoza signed Tellez-Giron to a management deal soon after the win over Balderas.

The 22-year-old suffered the first loss of his pro career on June 21 of last year, losing by unanimous decision to unbeaten prospect Michel Rivera of the Dominican Republic.

Tellez-Giron, who made his pro debut in October 2015 at the age of 16, has defeated six unbeaten fighters thus far in his pro career.

Espinoza told BoxingScene he hopes Tellez-Giron is on the mend. No word on when Tellez-Giron will return to the ring or if the fight against Ayon will be rescheduled.

Ayon (12-2-1, 2 KOs), who resides in Tlaquepaque, Mexico, has not fought since December 2018, defeating David Algeria by unanimous decision over 10 rounds.