Regis Prograis is coming off a fight of the year frontrunner, and although he came away with a loss, the former super lightweight champion still believes his stock is at an all-time high.

The 30-year-old Bayou-born boxer feels that he won a lot more than he lost after a majority decision defeat to Josh Taylor in October.

Prograis (24-1, 20 KOs) is in the process of working with manager Sam Katkovski and promoter Lou DiBella in scheduling his return to the ring, most likely in either March or April.

“I want to get back in the ring. I want to get all of the belts back and be the undisputed champion. I was close to getting it, but now I have to back up and analyze things again,” Prograis told BoxingScene.com in an interview. 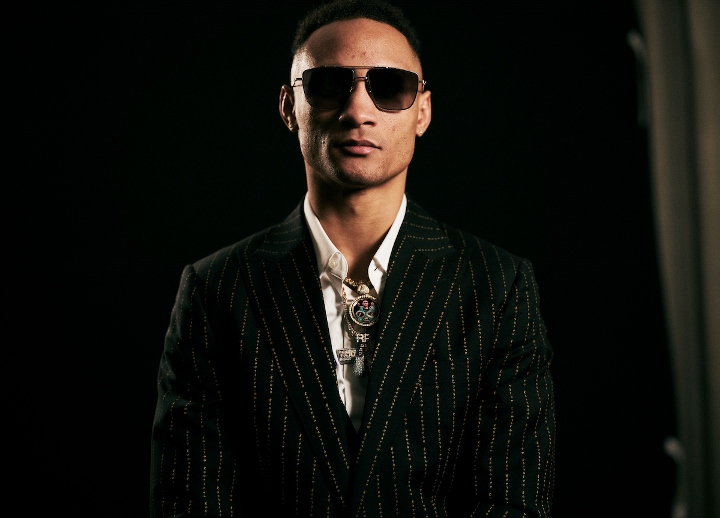 If Prograis had it his way, aside from an immediate rematch against Taylor for a chance to take back two versions of the 140-pound crown, his wish list would be topped with the winner of the Mikey Garcia versus Jessie Vargas fight Feb. 29, and even moving up to welterweight to do so.

“They’re two live opponents, and it will be a very good fight. I lean more toward Mikey, though, in a very close split decision to win it,” said Prograis. “I’m trying to figure out the next move for me, in who we’re going to fight next. I can potentially fight 147, but it all depends on who it is. There are a lot of names at 147. We’ll see what happens. It doesn’t matter to me. I can go up. I’m in a real good position I’m in right now.”

Top Rank head Bob Arum told BoxingScene.com earlier this month that Prograis could be an opponent he’d consider matching up versus Terence Crawford.

“I’ve definitely been wanting to fight Crawford for a long time, for sure,” he said. “We’ve always had back and forth with each other.”

In the interim, Katkovski said he’s sifting through a set of opponents for Prograis’ 2020 return.

“A lot of the guys we want to fight are not available right now, but we want them in the summer,” said Katkovski. “We’re still discussing some names for March-April.”

[QUOTE=Vodkaholic;20303353]This bum got his ass kicked. Hype job got exposed[/QUOTE] So he is a bum and a hype job because he lost close unification competitive fight. Modern casuals are just crazy, dumbest sport fans ever.

[QUOTE=Mister Wolf;20303104]He should have won. Now he is just considered high risk low reward. He will have to become a mandatory to get a meaningful fight.[/QUOTE] that is so true. I was thinking the same thing and unfortunately that is…