Ray Beltran: Lomachenko Must Beat Me To Get To Mikey Garcia

Ray Beltran is determined to throw a spanner in the works for Vasyl Lomachenko's plans to face Mikey Garcia.

Lomachenko is set to return from shoulder surgery in December, with his manager confirming that the winner of Beltran v Jose Pedraza will be his likely opponent.

"The plan is Beltran is fighting Pedraza on August 25th and the winner [is] gonna be unifying titles with Lomachenko on December 1st," Egis Klimas told The Boxing Beat. 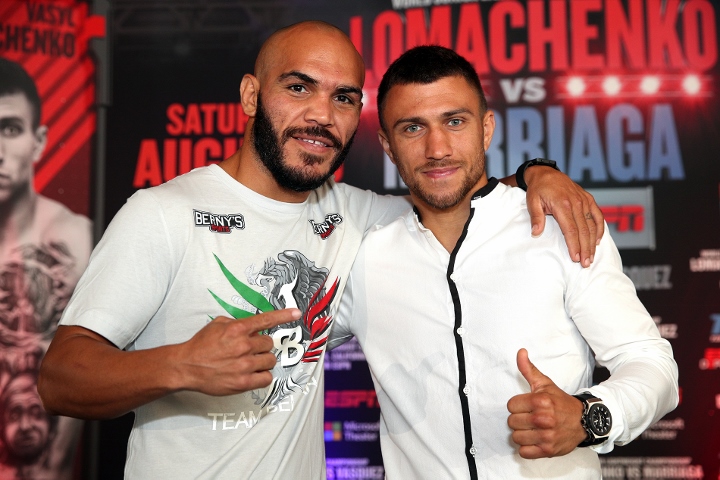 Beltran won the WBO World Lightweight Title in his last fight in a gruelling war with Paulus Moses, and if he overcomes Pedraza, live on BoxNation, he looks set to unify with WBA Champion Lomachenko.

"I feel good, I feel strong. We're ready. We're in great shape right now so we're just waiting for the date," the Mexican said to Villainfy Media over the weekend.

"I respect him," admitted Beltran. "He's one of the very few boxers that I respect because he's taking the big challenges. He's not acting like he's a diva like most of the Champions these days. He's really proving himself and I respect him for that."

While he refused to say which fighter he'd prefer to face, Beltran revealed that the unification with his stablemate is a lot easier to make.

"I think both fights are very difficult, they're the same level to me. Lomachenko [is more possible] because we've got the same promoter.

"Maybe that [Garcia v Loma] is the plan but Lomachenko has to beat me first!"

Pedraza should beat Beltran, I expect Loma to fight Pedraza later in the year.

The only person beating Loma is either a much taller boxer with decent pop or some brawler not scared to take a punch that comes in significantly heavier.

No problem for Mikey- he’ll clear out 135 before the weight-in changes kick in, and then he’ll move up (either 140 or welterweight).

[QUOTE=globalfitness;19023865]Pedraza didn't show us anything in his last fight. Beltran can stop him, Pedraza lacks the power.[/QUOTE] SMH..stop.

[QUOTE=BOXING-SCRIBE;19023549]He still has to beat Pedraza[/QUOTE] Pedraza didn't show us anything in his last fight. Beltran can stop him, Pedraza lacks the power.