The president of the World Boxing Council revealed that it will be in October when the Frenchman Nordine Oubaali (14-0, 11 KOs) and American Olympian Rau'shee Warren (16-2, 4 KOs) will be measured for the bantamweight championship left vacant by Mexican bomber Luis 'Panterita' Nery.

Nery was removed of the title when he couldn't make the weight for his rematch with Shinsuke Yamanaka, which took place in the first quarter of the year.

"The vacant bantamweight title is assigned to the fight between Oubaali and Warren," said Mauricio Sulaiman, head of the WBC, to ESPN Deportes. "The fight is going to be in October, but they have not informed us of the precise day." 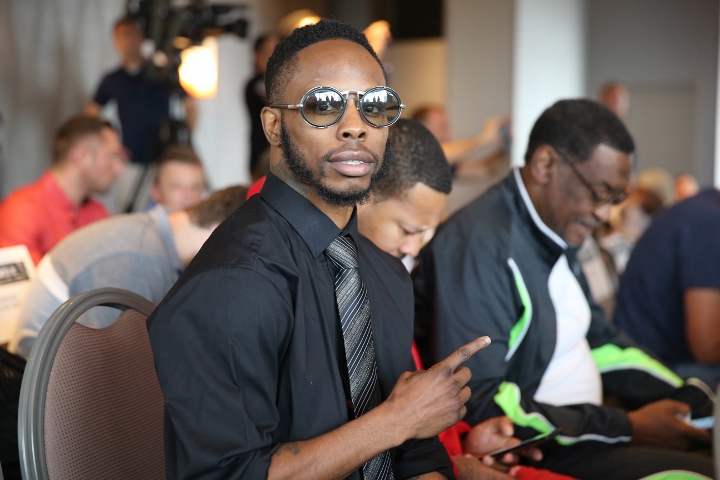 Warren previously held the WBA, IBO titles at the weight. He lost them in February 2017, when Zhanat Zhakiyanov won a twelve round split decision.

And then Warren bounced back in July of the same year, with a twelve round unanimous decision over McJoe Arroyo.

Warren stayed busy in April of this year, with an eight round decision win over Juan Gabriel Medina.

About the possibility of Carlos Cuadras going for the bantamweight title in the future, Sulaiman recommended that he return to the level where he once was and then he can raise his hand.

Cuadras, who held the WBC world title at super flyweight, is back in the hunt after suffering a few defeats and also going through rehabilitation for substance abuse issues.

He now wants to earn a crack at the WBC world title at 118-pounds in the very near future.

"Cuadras comes back from a difficult fight, he suffered a cut, and we recommend that he makes another fight, to keep catching up, in addition to a rehabilitation that the physical and emotional blow is something that has to be attended to, he must have patience," Sulaiman said.

Warren hasn't impressed me in a single fight he has had. Not. One.

[QUOTE=chico malo loc;19074226]where does it say he's getting the title shot next puerco rican puto? Who cares about the arroyos their bums! Puerco envidioso![/QUOTE] STFU!!! trick" tranny!! your b getting your azzes kicked lately First JoJo (Rojas broke my nose)Diaz…

[QUOTE=paulf;19074184]WBC is corrupt as hell but they made it pretty clear in the article that Cudras was not getting a shot at the bantamweight belt unless he accomplishes something at weight first. Arroyo's shot is coming.... probably not with the…

A "who cares" fight anyway, since it isn't part of the tournament where all the elite bantams are entered.

Warren's foray to superfly was short-lived, I guess.