Controversial Uzbek businessman Gafur Rakhimov was elected president of the International Boxing Association (AIBA) on Saturday despite fears that his appointment could lead to the sport's ejection from the Olympic Games.

Rakhimov won 86 of the 134 second-round votes in the ballot in Moscow to beat his only opponent, former boxer Serik Konakbayev of Kazakhstan.

Rakhimov, previously interim president, courted controversy after being linked to organised crime by the US Treasury Department.

He has vigorously denied the allegations telling AFP in a recent interview that he had "never been involved in transnational criminal organisations or whatever has been said about me". 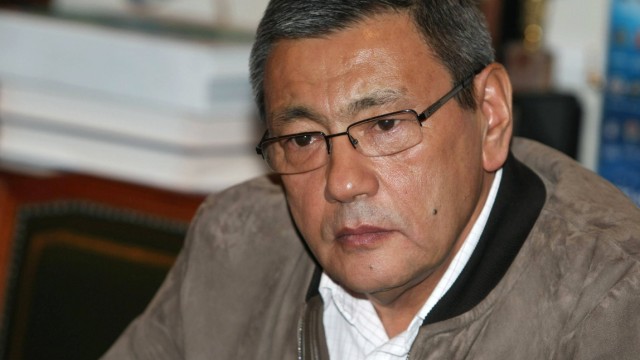 He called his presence on the US Treasury list a "mistake" and hoped it would be "corrected" within six months.

But in October the IOC froze relations with the AIBA and refused to accredit the 67-year-old Rakhimov for the Youth Olympics in Buenos Aires.

IOC president Thomas Bach said in February that he was "extremely worried about the governance of AIBA".

And though amateur boxing's under-fire chiefs handed over a crucial report on internal reforms to the IOC in April, the threat of losing a place in the Olympic movement remains.

On the eve of his election Rakhimov assured delegates and fans that "boxing will naturally be at the Olympic Games in 2020, Paris in 2024 and Los Angeles in 2028".

Saturday's election was delayed several hours after a glitch in the AIBA's electronic voting system. A secret vote only went ahead after the AIBA was able to get its hands on a replacement ballot box.

Until last week, Rakhimov was the only presidential candidate after Konakbayev, who won silver at the Moscow Games in 1980 for the Soviet Union, was barred from standing by an AIBA election commission for allegedly failing to submit certain forms by a deadline.

Konakbayev lodged an appeal with the Court of Arbitration for Sport and last Tuesday's decision by sports' top arbitration court ruled in his favour.

Rakhimov's bid appeared to suffer a hitch on Friday when the Uzbek failed to win enough support from delegates.

At the opening of the congress in Moscow he had proposed to temporarily withdraw as president if elected in order to avoid a conflict with the IOC.

The plan would allow the AIBA President to step aside for up to a year while retaining all his rights on the association's executive committee.

But it failed to win the necessary two thirds support from delegates.

But by voting time on Saturday he had done enough to convince his electorate he was the man to lead boxing into what could be an unknown future.

The IOC has been losing patience with boxing since a judging scandal at the 2016 Rio Games when all 36 officials and referees were suspended while allegations of bout-fixing were investigated.

He was banned after a report by "forensic investigators" K2 Intelligence documented "gross negligence and financial mismanagement of AIBA affairs and finances".

Rakhimov assured the congress before his election that AIBA has been restructuring its financial management model.

"As many of you know, when I took over from the last administration earlier this year our financial situation was in terrible condition. AIBA had debts that reached almost $40 million," he said.

"I'm happy to report that we have managed to restructure it successfully."

[QUOTE=Eff Pandas;19246736]I'm POSITIVE there are people involved in criminal sh^t in pro boxing, organized or nah. Its more hidden there & no one has THAT much power in pro boxing except the more legit entity's like HBO (formerly anyway), Showtime,…

[QUOTE=Dasmius Shinobi;19245762]I guaranteed that some organized criminal or mobs are into professional boxing. This is a never ending cycle. For the look of it, this never going to end in the amateur boxing system.[/QUOTE] I'm POSITIVE there are people involved…

[QUOTE=Eff Pandas;19244659]"Rakhimov, previously interim president, courted controversy after being linked to organised crime by the US Treasury Department. He has vigorously denied the allegations telling AFP in a recent interview that he had "never been involved in transnational criminal organisations…