Once-beaten Kubrat Pulev has announced to his followers that everything has been finalized to fight IBF, IBO, WBA, WBO heavyweight world champion Anthony Joshua on December 12 in London. 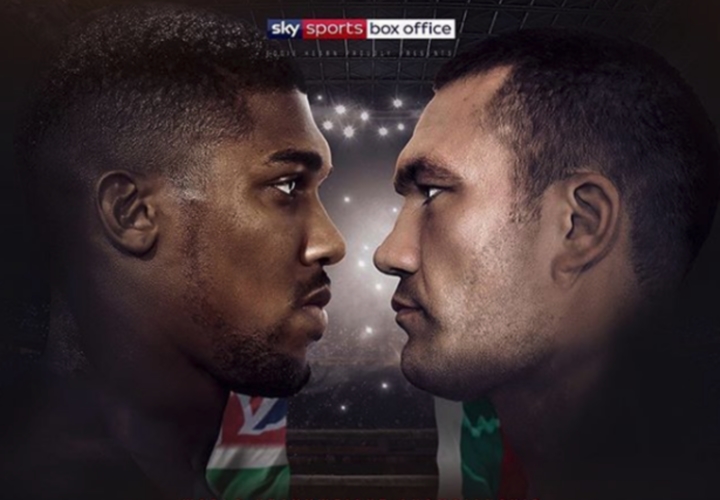 The 39-year-old, who is the mandatory challenger under the IBF, had been scheduled to meet Joshua on June 20 but the fight was postponed due to the COVID-19 outbreak.

The fight date was kicked around a few more times, before settling down in the month of December.

“No turning back, no procrastination! Kubrat Pulev vs Anthony Joshua! The date is December 12th and the place is London! The date and place of the event are now final and not subject to change, and both parties have signed the official contract," Pulev stated.

For Joshua, 30-years-old, the bout will be his first since he won a twelve round unanimous decision over Andy Ruiz in a rematch in Saudi Arabia last December to avenge his first career defeat and reclaim his world titles.

The British superstar was initially scheduled to fight Pulev at Cardiff’s Principality Stadium in October 2017. The fight was called off when Pulev withdrew after suffering a shoulder injury in sparring.

Pulev suffered his only career defeat back in 2014, when he was knocked out in five rounds by Wladimir Klitschko in Hamburg.

[QUOTE=rolshans;20811223]Lmao so now Ruiz was a bad opponent. Smh you Wilder nutmunchers are too much.[/QUOTE] I’m not a wilder nut muncher, and I was one of only three people on this site who picked Ruiz to win. But he was…

[QUOTE=_Rexy_;20809476]Oh? Ruiz was unranked when he beat AJ, and Pulev is absent from most top 10 lists. Had he not quit in his corner against Ruiz then those three fights would be considered terrible. Pulev hasn't fought a decent opponent…

[QUOTE=_Rexy_;20809476]Oh? Ruiz was unranked when he beat AJ, and Pulev is absent from most top 10 lists. Had he not quit in his corner against Ruiz then those three fights would be considered terrible. Pulev hasn't fought a decent opponent…

[QUOTE=Squared.Circle;20809466]I bring Fury up as well as Wilder because it's relevant. They're two of the three top ranked heavyweights, and Pulev is a better opponent than most of the guys on their records. Again, just look at the abysmal opponents…

Joshua should put out Pulev out of there by 7. We want quick because we want to see Joshua-Fury by first quarter of 2021