Heavyweight contender Frank Sanchez is looking for the biggest fights possible, including the current world champions, according to his promoter Leon Margules.

Sanchez, 27-years-old, is trained by Eddy Reynoso, who is best known for his star fighter Saul "Canelo" Alvarez.

Ranked by the World Boxing Organization in the top 10, he hopes to inch his way to a world title crack at Anthony Joshua, who has the WBO, WBA, IBO and IBF world titles. 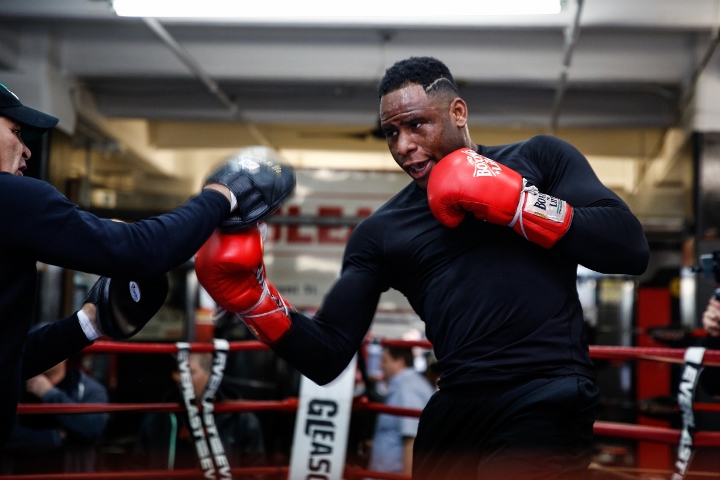 Sanchez (15-0, 11 KOs) was in action back in March, when he dominated Joey Dawejko over ten rounds for a unanimous decision win.

"He wants big fights and he feels like he's ready to fight big fights," said Margules, the President of Warriors Boxing, to Sky Sports.

"He's anxiously waiting for the opportunity. He fought on the last show against (Joey) Dawejko, who has been a pretty tough stalking horse for a lot of people. He dominated him. Now he wants to step-up, and he's calling out all the champions."

Margules believes that Sanchez's amateur pedigree, combined with his physical abilities, will present any of the top heavyweights with a lot of problems.

"I think he can go pretty far, because I don't know a lot of heavyweights that possess his speed and athleticism. He's not the most explosive puncher in the division, but he'll hurt you in a volume sense.

[QUOTE=pollywog;20578822]Haha....mmmmmkay champ! Got some proof ? Btw, I'm not a Brit, but being American, you prolly knew that...lol[/QUOTE] Definitely not American. But being British you knew that lmao

[QUOTE=pollywog;20578822]Haha....mmmmmkay champ! Got some proof ? Btw, I'm not a Brit, but being American, you prolly knew that...lol[/QUOTE] HAHAHAHAHAHAHAHAHAHAHA Get him Oilskin Lmfao

[QUOTE=Ritz Kola;20578533]I do know about it like most Americans. It's only you brits that think otherwise. Contrarians![/QUOTE] Haha....mmmmmkay champ! Got some proof ? Btw, I'm not a Brit, but being American, you prolly knew that...lol

[QUOTE=pollywog;20578428]Dunno bout that eh? Do or do not do, there is no try![/QUOTE] I do know about it like most Americans. It's only you brits that think otherwise. Contrarians!