Prograis: Me & Teofimo Lopez Would Be A Very Explosive Fight; Let's Do It!

Regis Prograis would love to welcome Teofimo Lopez to the 140-pound division.

Lopez might move up to junior welterweight, particularly if he can’t land the type of high-profile lightweight fight he seeks against Devin Haney or Gervonta Davis. Lopez would prefer to challenge the Jose Ramirez-Josh Taylor winner sometime in 2021 because it would afford him an opportunity to become a fully unified champion in a second division, but Prograis is a former 140-pound champion and another top opponent in that weight class.

“I mean, let it happen,” Prograis said during a recent interview on “The Ak & Barak Show” on DAZN and SiriusXM. “You know, let’s do it. You know, if he wants to come to 140 and test the waters out, I think I’m the perfect person. You know, I think it’ll be a very explosive fight. Let’s do it. It’s crazy – we’ve got a video on YouTube about it. Me and his daddy actually talked about it.

“His daddy was saying, ‘After we whip Loma’s ass, imagine a fight with you and my son. It’ll be huge. Y’all will make so much money. Y’all will be rich,’ and stuff. I was like, ‘All right! We can make it happen. Let’s do it.’ So, that was already in the process. You talking about over a year ago. So hey, that can happen.” 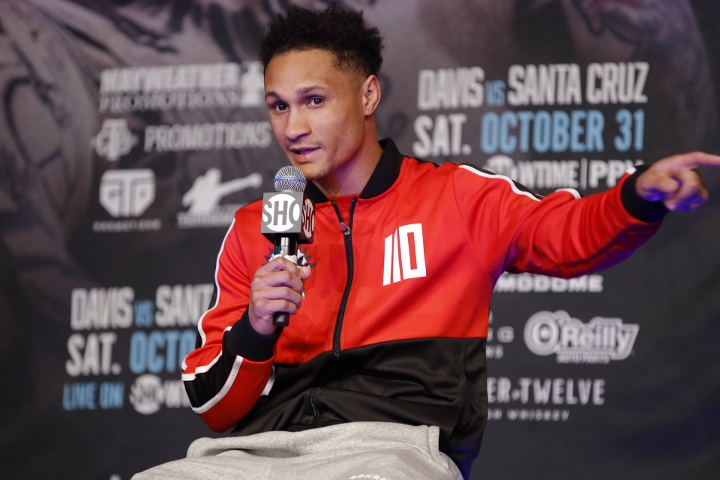 It'll remain at least a possibility if Prograis beats Juan Heraldez on Saturday night in San Antonio. New Orleans’ Prograis (24-1, 20 KOs) and Heraldez (16-0-1, 10 KOs), of North Las Vegas, Nevada, are scheduled to meet in a 10-round junior welterweight bout on the Gervonta Davis-Leo Santa Cruz undercard at Alamodome (Showtime Pay-Per-View; $74.99).

Regardless of whether they fight, Lopez impressed Prograis by beating Vasiliy Lomachenko the way he did October 17 at MGM Grand Conference Center in Las Vegas.

Brooklyn’s Lopez (16-0, 12 KOs) out-boxed the favored three-division champion and won their 12-round, 135-pound title unification bout by unanimous decision. The 23-year-old Lopez became the first fighter to defeat Ukraine’s Lomachenko (14-2, 10 KOs) in 6½ years and left the ring with at least versions of the IBF, WBA, WBC and WBO lightweight titles.

“I predicted it,” Prograis said. “You know, I don’t know if y’all saw my Twitter stuff. I predicted [Lopez] was gonna win. I felt like he was gonna win. I think Lomachenko, he’s a very, very good fighter. He’s a special fighter, but I wasn’t with all the hype about he’s like invincible and, you know, all that type of stuff. Nobody’s invincible. My favorite fighter of all time is Mike Tyson and, at one point, he was thought to be invincible, and Buster Douglas beat him. So, nobody in this world is invincible. And same thing with Lomachenko.”

Regis shut the f[COLOR="black"]uck up... [/COLOR] You ain't on that kinda level with that goofy azz, head stuck up straight in the air, style... That [COLOR="black"]shi[/COLOR]t is so tough to watch.

[QUOTE=factsarenice;20849446]I beleive Jose Pedraza would be competitive but he is a tougher style than the names I mentioned and [B]without ticket sales [/B]the risk reward isn't there. Pedraza lost to Tank fighting stupid and Loma caught him unprepared. In a…

[QUOTE=Bronx2245;20849397]Don't forget Jose Pedraza! The Puerto Rican Day Parade Weekend in NYC is a big deal for the city! Berlanga will be the draw, Arum already has MSG on lock! Lopez vs. Pedraza would just set the city on fire![/QUOTE]…