Prograis: I Want To Show I'm The Legitimate Best at 140

Tuesday afternoon the New Orleans native, who is now living and training in Houston, entered the pre-fight press conference at the Cajundome oozing confidence on the top of a fire truck.

“I’m very excited to be here,” said Prograis who will be giving free tickets to first responders to attend the fight. “It’s like perfect here in Lafayette because it is the middle ground between New Orleans and Houston, my two homes. I just can’t wait to get it on!

“Hopefully, we’re going to fill this stadium up and it’s going to be one of the biggest events this city has ever seen. This is not a city, state, national … this is a world event. This show will be all over the whole world.” 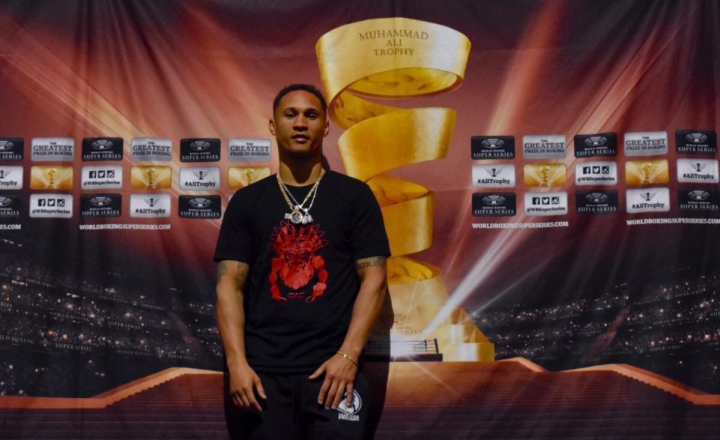 Prograis’ manager, Sam Katkovski, talked about the magnitude of fighting for the Muhammad Ali Trophy, the greatest prize in boxing.

“I went to Moscow last year with Regis and his trainer Bobby (Benton) to watch the cruiserweight final of the World Boxing Super Series and saw the presentation of the Muhammad Ali Trophy for the first winner Aleksandr Usyk,” said Katkovski and continued:

“I don’t think I have seen a trophy that incredible. If you don’t know who Muhammad Ali is I don’t know where you been the last 50-60 years. But the fact he was able to give his name to this trophy and the fact that we are fighting for it is an honour for myself and Regis … to be fighting for a trophy of that calibre.”

‘Rougarou’, the tournament No. 1 seed, is thriving under the big lights in the quest for the Muhammad Ali Trophy.

“I think the WBSS is a real good platform for boxers because it’s the best fighting the best. You can’t run around or hide behind managers and promoters and I want to fight world champions, former world champions and undefeated fighters in order to show I’m the legitimate best at 140.”

Trainer Bobby Benton feels assured that his boxer will take home the Trophy in the super-lightweight division.

“I am 100% confident of Regis beating Relikh and going all the way and win the tournament,” said Benton. “It’s fun training Regis, he is special. He makes me look good.”

Him and Tayler are clearly the best at 140.

I think he is. No one else at 140 is really worth a damn. Unless Mikey goes back down. Landscape at 140 is looking pretty barren