Prograis: I Learned From Blowing My Money; If I Didn't, I'd Be Screwed Right Now

The eventual WBA super lightweight champion had never made that much money for a single bout before out-pointing Amos Cowart in an eight-rounder Showtime televised from Atlantic City, New Jersey, as part of its “ShoBox: The New Generation” series in August 2015. Prograis proceeded to spend that money faster than he made it.

“I spent it all right away,” Prograis told BoxingScene.com. “That was the most money I ever made in my life and I blew it all. I didn’t save for a rainy day, like I was supposed to. I blew it all. And then, I kind of had to go back to work when I went broke.”

Prograis was a part-time physical trainer back then, uncertain if he’d ever make major money in boxing. He definitely didn’t know anything about investing and wasn’t all that interested in saving money.

Nearly five years later, Prograis appreciates the invaluable lessons he learned from squandering money, particularly important when you’re involved in the unpredictable boxing business. The 31-year-old Prograis will miss out on a seven-figure payday April 17, when the strong southpaw was supposed to face fellow former 140-pound champion Maurice Hooker in a 12-round, 143-pound main event at MGM National Harbor in Oxon Hill, Maryland.

Their fight has been postponed indefinitely due to the COVID-19 pandemic, perhaps for a few months. Prograis expects that it’ll be rescheduled once we return to normalcy, but the New Orleans native is thankful that he’ll be able to provide for his family while waiting for that next sizeable paycheck.

He is determined to avoid becoming yet another cautionary tale about a boxer who has nothing to show for repeatedly risking his life in this dangerous game.

“I’m big into investments,” said Prograis, who is managed by actor Mark Wahlberg and actor/director Peter Berg. “Luckily, I don’t have to go fight by fight. But I know there’s a lot of people out there living paycheck to paycheck, even if you’re making a lot of money, like we do, fight by fight. But I don’t live like that. I’m invested heavily into all kinds of stuff and income that’s always coming in – not only monthly, but daily. It’s a good thing when you do fight, but you know, for me, if I don’t fight, I’m not worried about where my next dollar is gonna come from because I have passive income. I always have passive income coming in to take care of my lifestyle. For me, it’s all about saving for a rainy day and investing. And this is one of those rainy times. I learned that a long time ago.” 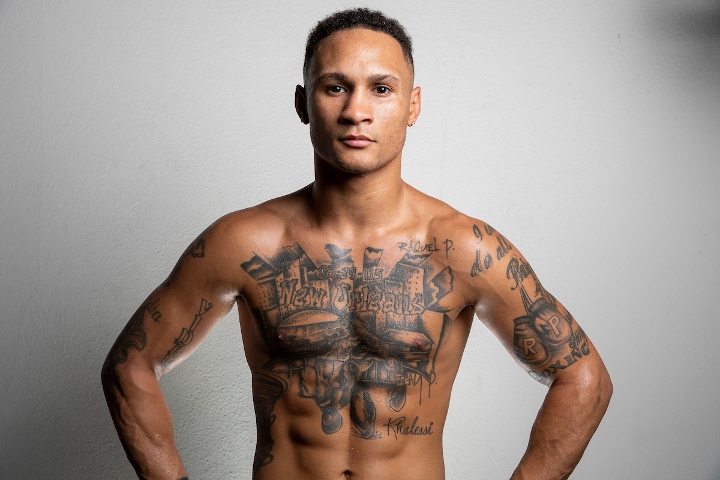 Boxers worldwide are facing the harsh reality that their sport will be shut down at least until the beginning of May, probably longer. Fights in the United States and United Kingdom that were scheduled through April already have been postponed.

Unlike professional athletes in most other sports, boxers won’t get paid while waiting for this pandemic to subside.

Prograis (24-1, 20 KOs) made seven figures for his close loss to Scotland’s Josh Taylor (16-0, 12 KOs) on October 26, when he dropped a majority decision in the World Boxing Super Series’ 140-pound championship match at O2 Arena in London. When it came time to decide what to do with those earnings, Prograis never forgot those silly monetary mistakes he made on his way up the ranks.

“I remember after one of my ‘ShoBox’ fights, I went and bought a car and I went and traveled, and did all kinds of stuff,” Prograis recalled. “And then that money went real, real fast. Then what happened was I got hurt in sparring and I was out the gym for like nine months. So, I went completely broke again. That’s what made me learn, and I’m glad God always put obstacles in my life at the right times. When that happened, I’m glad it happened then and it’s not happening right now.

“Because if it was happening right now, and my fight got canceled, my bills are way higher than they used to be in my ‘ShoBox’ days. It’s good that I learned my lesson. I learned about investing and buying things that make money, because if I didn’t, I would be screwed right now. So, I’m glad that I learned those things.”

Prograis plans to remain in some semblance of a training camp in hopes that his fight with Dallas’ Hooker (27-1-3, 18 KOs) is rescheduled sooner rather than later. This postponement disappointed Prograis, but being forced to evacuate his hometown when Hurricane Katrina decimated New Orleans in 2005 taught him how to handle adversity that is well beyond his control.

As he awaits a new date for his fight against Hooker, Prograis can’t help but feel compassion for undercard fighters who won’t be able to make ends meet without opportunities to box.

“It’s definitely hard because one thing I used to do when I was in that position, I used to already spend the money before I got it,” Prograis said. “Now it’s different because I don’t do that stuff no more. You never know what can happen. Somebody can get hurt. Pandemics don’t really happen, but fights get canceled and anything can happen. It’s way harder for those [undercard] fighters because they’re counting on those paychecks to do other things with their life. And now it’s gone. It’s over. There’s no fights. It’s really gonna be tough on a lot of them. I know because I was in that same position before.”

[QUOTE=Zodogg;20472220]Hooker is long and lean. If he fights long and with fluidity and keep Rugaroo at distance, it will make for a very interesting fight.... CAN'T WAIT[/QUOTE] I was going to discuss this as well. Even tho it's not the…

Regis Progais is a humble man to admit his wrong and correcting them. I hope all boxers read this types of article, maybe they create conscience of the importance of saving money, especially with emergency issue, like the Corona Virus.…

He has to disguise his money too, that's another lesson. Don't buy a Lambo in the hood. Get a Crawford classic or move into Lambo country.

[QUOTE=komandante;20472033]To be honest I want Pacman to lose his money his popularity goes to his head he supports the devil Duterte, from pride to fraud.:thumbsdow[/QUOTE] He is supporting him because he is his path to the presidency.

[QUOTE=Mikeh333;20472566]Well said. It’s always tragic when gifted people fail to plan ahead. If AB cut back on his crew, on his lifestyle, he probably could still plan for the future. Most likely he has some years of lucrative boxing remaining…