A pair of former 140-pound titlists are prepared to go through each other to return to the big stage, while a pair of lightweight contenders will collide for a vacant crown.

BoxingScene.com has learned that plans have been finalized for an intriguing April 17 card, to air live on DAZN from MGM National Harbor in Oxon Hill, Maryland. Topping the bill, Regis Prograis and Maurice Hooker collide in a battle of junior welterweights who both saw their respective title reigns and unbeaten records dissolve in the past year. Terms have been reached for their long-discussed bout, according to parties with direct knowledge of prior negotiations.

Paired up with the pick-‘em main event will be a vacant lightweight title clash between England’s Luke Campbell and Dominican Republic’s Javier Fortuna. As previously reported by BoxingScene.com, the two sides have long ago reached terms for their title fight, which remained in search of a home until late last week. 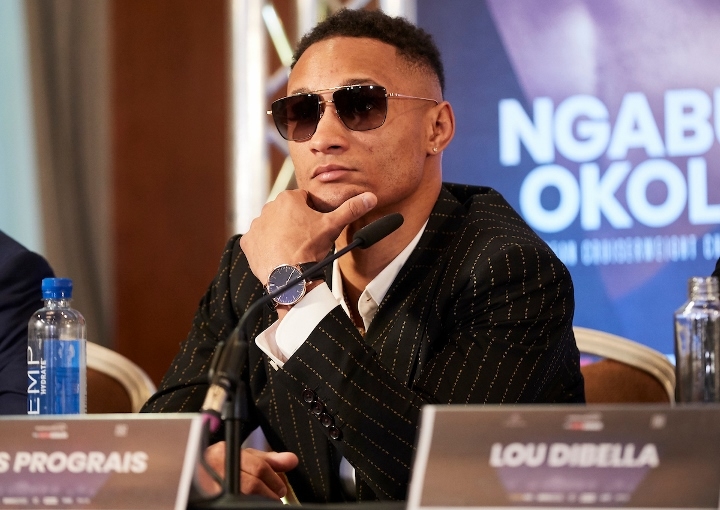 As first reported by ESPN’s Dan Rafael, the bout is expected to be announced this week in Hooker’s home region in the greater Dallas area. The DAZN brass is in town for a loaded show topped by a clash of former multi-division titlists in Mikey Garcia and Jessie Vargas, which airs live this weekend from the Ford Center at The Star in Frisco, Texas (Saturday, 8:00pm ET special main card start time).

Hooker (27-1-3, 18KOs) and New Orleans’ Prograis (24-1, 20KOs) both lost their belts and unbeaten records in separate title unification bouts just three months part in 2019. Hooker suffered a 6th round knockout at the hands of Jose Ramirez last July in nearby Arlington, Texas, bringing to a close his 13-month title reign which included two successful title defenses.

The 30-year old has since returned to the win column, scoring a 1st round knockout of overmatched Uriel Perez last December in what marked his first bout under new trainer Brian ‘Bomac’ McIntyre.

Prograis never managed to defend his version of the title, having begun and ended his reign in a high-level 2019 campaign. The now 31-year old southpaw claimed a belt in a 6th round stoppage of Kiryl Relikh in their World Boxing Super Series (WBSS) semifinal clash last April. The glory only lasted until the tournament finale, when he came up just short in a Fight of the Year-level 12-round decision to fellow unbeaten titlist Josh Taylor last October in London, England.

Exact stakes for the main event have yet to be determined as this goes to publish. Neither are ranked high enough in the same sanctioning body to justify a final eliminator or interim title fight, not to mention that all four titles have mandatory challenges due to Ramirez and Taylor.

There is plenty at stakes for the evening’s planned chief support. Fortuna will take his second swing at becoming a three-division titlist, while Campbell hopes to be third time lucky at a first career title reign.

Fortuna (35-2-1, 24KOs)—a former featherweight and junior lightweight titlist—made his way to the top of the WBC lightweight rankings following a two-round wipeout of former featherweight titlist Jesus Cuellar last November. Fittingly, the bout took place at MGM National Harbor where he returns in hopes of claiming the vacant lightweight title. The 30-year old southpaw is unbeaten in his last three starts since a failed bid at becoming a three-division titlist, a split decision defeat to then-unbeaten titlist Robert Easter Jr. in a Jan. 2018 bout where he missed weight and was unable to claim the belt even with a win.

Campbell (20-3, 16KOs) dropped a 12-round decision to Vasiliy Lomachenko in their three-belt lightweight fight this past August in London. The loss served as his most recent ring appearance as well as his second unsuccessful bid at capturing a lightweight title, coming up just short in a spirited Sept. 2017 12-round battle with then World Boxing Association (WBA) champ Jorge Linares. Three wins came in between title fights, including a 12-round nod over Yvan Mendy last September to avenge his first career defeat from Dec. 2015.

The lightweight title at stake became available when prior claimant Devin Haney (25-0, 16KOs) vacated in order to undergo shoulder surgery which will put him out of the ring through the first half of 2020. The unbeaten Las Vegas native will be in line to face the winner, should he opt to return to lightweight once given a clean bill of health.

Not the slightest complaint from me, I really like this card - the kinda meat and bones fights that are really what the sport's about once you get away from the circus-show drama of the mega events. That said even…

Sneaky good card with potential to be great.

Solid card. Not everything has to be top level championships fights. This card really got my attention.

Not a bad card at all. I might actually go to this one. I got Prograis over hooker. Not sure about fortuna/Campbell yet.