Back-to-back doubleheader Ali Trophy Quarter-Finals in Orlando and New Orleans: Rodriguez vs Moloney and Dorticos vs Masternak on October 20 at the CFE Arena, Orlando, USA and Prograis vs Flanagan at the U.N.O. Lakefront Arena, New Orleans, USA on October 27.

The Season II Quarter-Finals of the World Boxing Super Series will feature doubleheaders over six fight nights on back-to-back weekends, starting on Sunday October 7 at the Yokohama Arena, Yokohama, Japan. 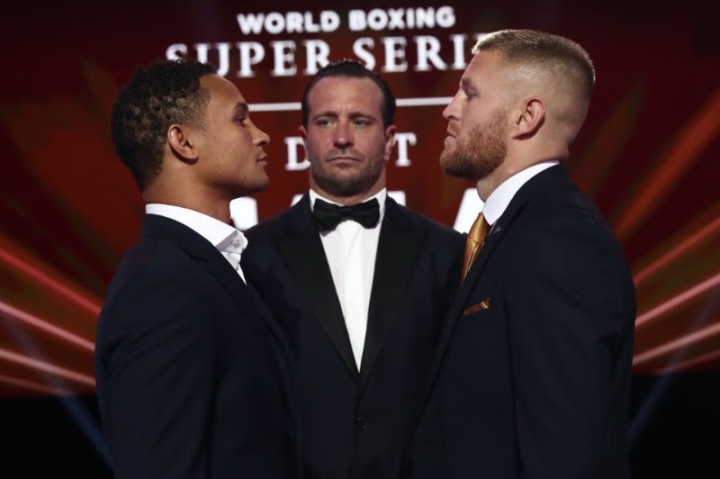 "I am ready, I am hungry and prepared to go all the way," said Rodriguez.

"All I am doing is training hard, sparring hard and preparing myself for this bout. I am coming to win this fight, win the whole tournament and bring the trophy back to Puerto Rico."

The second Ali Trophy bout of the night is a cruiserweight clash between Cuban Yunier Dorticos and Poland’s Mateusz Masternak.

Miami-based Dorticos was one of the most exciting participants of the inaugural season of the World Boxing Super Series, and the KO artist believes he will win 200 lb division this season.

“The first season was great with its ups and downs and taught me a lot,” said Dorticos.

“I am now a different fighter and will show all my fans in the U.S. and boxing fans around the world what ‘The KO Doctor’ is all about. I am looking forward to taking home the Ali Trophy with me this season!”

Tickets for the WBSS Quarter-Finals - Dorticos vs Masternak & Rodriguez vs Moloney - starting from $30 (plus fees) go on sale at 9am ET tomorrow (Friday Sept 7th)! Available to buy online from: TicketMaster.com, or via the Box Office on: +1 407-823-6006

American Regis Prograis vs Terry Flanagan from England for the WBC Diamond Title, the second Ali Trophy quarter-final will be announced in due course.

Prograis was born and raised in New Orleans - the city is tattooed across his chest. 'Rougarou' is looking forward to begin his quest for the Muhammad Ali Trophy in familiar surroundings. Prograis beat Argentinian Juan Jose Velasco in New Orleans in July to enter the WBSS and is now bringing back big-time boxing to The Big Easy.

"This will be a great season of the World Boxing Super Series for the fans and the fighters participating."

Fans in the U.S. can watch both events on DAZN, the global sports streaming service. Visit DAZN.com for more details.

I give Flanagan a good chance, but will he really leave the UK? He wouldn't leave before and that was easy money. Rougarou in the bayou is a hard first road trip.

[QUOTE=Andre_parker1;19075507]looking forward to prograis vs Flanagan..Flanagan looks bigger in the picture but prograis is probably gonna stop him,meanwhile masternak is a good comeback fight for dorticos[/QUOTE] Taller doesn't always mean bigger. Don't know why so many people wrongly think this.…

looking forward to prograis vs Flanagan..Flanagan looks bigger in the picture but prograis is probably gonna stop him,meanwhile masternak is a good comeback fight for dorticos