Alexander Povetkin v Michael Hunter and Scott Quigg v Jono Carroll have been confirmed by promoter Eddie Hearn as additions to the undercard of the December 7 Andy Ruiz-Anthony Joshua rematch in Saudi Arabia.

Hearn told iFL TV during Wednesday’s media workouts for Saturday’s Regis Prograis-Josh Taylor 140lb unification world title fight that a further three or possibly four fights have still to be announced for the world heavyweight title clash at the purpose built Diriyah Arena on the outskirts of the country’s capital Riyadh.

Speaking to Boxing Scene last week, for an in-depth interview to be published at a later date, one of the undercard’s participants Jono Carroll said “We’re right in the middle of negotiations [with Quigg]. Whether it happens or doesn’t happen, I'm not 100% but please God it does. He’s a really big name. It’d be something I’d be well up for and it’d be an amazing fight. Please God it does happen on the Joshua bill as well because it would be an amazing experience for me. Another mad country to tick off the list. It’d be an experience and a half. I’d definitely be game for it.” 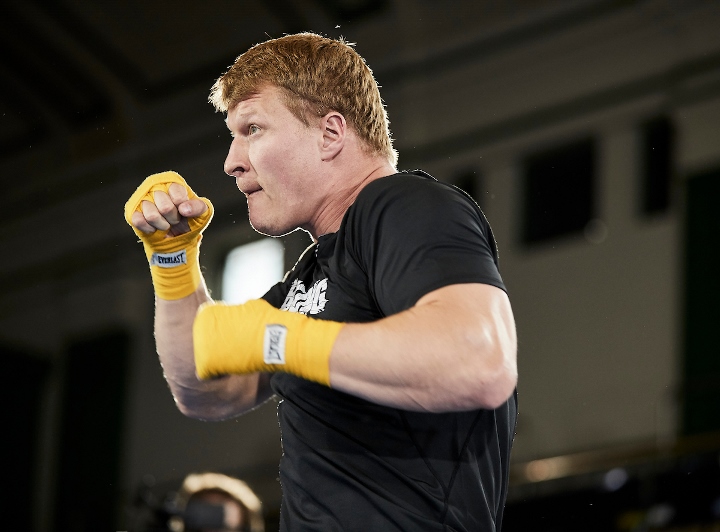 Earlier tonight ‘Scene managed to grab a quick quote from Carroll about the Quigg fight. “If you have a dream then don’t let no-one tell you it can’t be accomplished,” said the Dubliner. “Life is funny the way it gives you everything you truly want.”

No news on what, if anything, would be on the line for the Quigg-Carroll fight with the Irishman having a top ten ranking at super featherweight (number nine with the IBF) following on from his points defeat to champion Tevin Farmer earlier this year. While Quigg has a number two spot at featherweight with the WBC.

The fight against Quigg will represent Carroll’s third of the year while the Brit, a former world super bantamweight champion, was last seen in a straightforward second round stoppage of Mario Brones last October.

The chief support in Saudi Arabia is a fascinating heavyweight bout between slickster Hunter and the tried and tested Povetkin. The latter, a former WBA heavyweight champion, fought recently on August 31st beating Hughie Fury over 12 rounds in London. The 40-year-old Russian finds himself ranked ten, four and five with the IBF, WBC and WBA respectively while 31-year-old Hunter, fresh off a 12 round decision victory against Sergey Kuzmin last month in New York, finds himself at ten, seven and six with the WBO, IBF and WBA respectively.

Another fight which had been linked to the Ruiz-Joshua 2 undercard was one involving Jessie Vargas and Liam Smith but there appears to be no movement on that as of yet.

I hope to god Vargas-smith is added. This is shaping up to be the best card of the year.

2 smaller, skilled heavyweights, should make for a really good fight. Still dislike Quigg coming in overweight Vs Valdez, should beat Carroll though

Not interested in any fight being mentioned besides the last 2.