Porter: Crawford A More Intelligent Fighter Than Spence; More Dimensions To His Game

Spence-Porter was one of the most entertaining fights of 2019 and Porter definitely wants a rematch. But as an analyst for FOX Sports and a passionate fan of the sport, Porter really wants to watch Crawford-Spence, too.

If that much-discussed welterweight title unification fight ever actually happens, Porter expects Crawford to win. Porter and Crawford are friends, but he gave a detailed breakdown of why Crawford would win during the newest episode of “Stars and Champions,” which will debut on Impact Network on Friday night at 10:30 p.m. ET/7:30 p.m. PT. 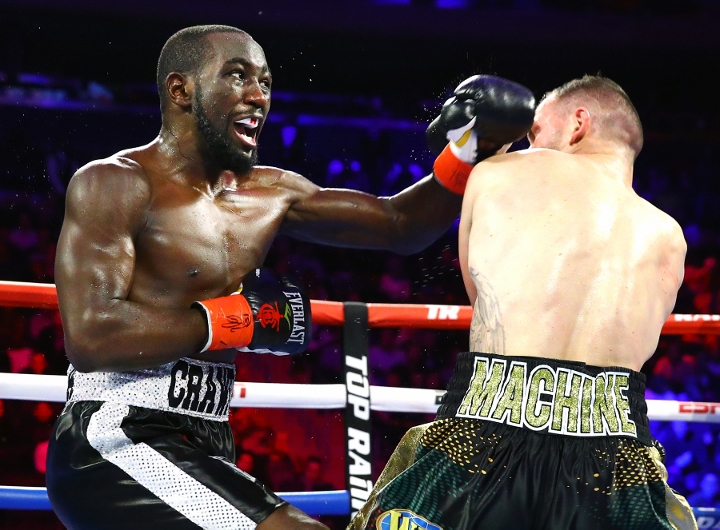 Porter dropped a split decision to Spence in their 12-round, 147-pound championship unification match September 28 at Staples Center in Los Angeles. Spence was a tremendously tough opponent, but Porter is more impressed by Crawford’s versatility.

“Take into account that Terence Crawford is great with his right hand, and also his left hand,” Porter said. “You know, he’s got power in both hands. That makes him unpredictable, you know? He’s gonna come out one round, see how he feels at the orthodox position. And he’ll come out the next round and see how he feels at the southpaw position. And he’s trying to determine how he wants to beat you. And on the other hand, Errol Spence is trying to figure out how to beat him with just the right hand and the left hand [from strictly a southpaw stance].

Spence could encounter Danny Garcia (36-2, 21 KOs) in a FOX Sports Pay-Per-View fight sometime in the fall.

The DeSoto, Texas, native hasn’t fought since suffering cuts to his face and dental damage during a one-car accident October 10 in Dallas. Spence was charged with driving while intoxicated as a result of that scary crash, in which he was ejected from a Ferrari that was traveling at a high rate of speed.

Crawford, meanwhile, might fight Kell Brook in the Omaha, Nebraska, native’s first fight following the COVID-19 pandemic. Spence knocked out Brook (39-2, 27 KOs) in the 11th round to win the IBF welterweight title in May 2017 in Sheffield, England, Brook’s hometown.

[QUOTE=theface07;20575155]Keep putting words in my mouth bro, you are making accusations that hold absolutely no ground. Why am I a Spence hater? Because I like Porter? You do realize you can like multiple fighters in the same weight division. I…

[QUOTE=theface07;20575159]You're right and the simple fact is most people on here have no idea what they're watching when they see a fight. They choose the fighter whose personality matches theirs the closest or the fighter with ring entrance music they…

[QUOTE=Jaydizzle;20574050]Spence will put that pressure on Budweiser Crawford...catch his ass and put a stop to this fruad boxer...Spence can take punch..I don't see Crawford winning this[/QUOTE] You're seriously calling Crawford a fraud? Yeah ok, whatever you say "Jaydizzle". Hey Bud,…

[QUOTE=Quicksilver*;20574028]Hate Crawford all you want, but you can not deny the talent. However, if you stick to saying he's nothing special. Obvious you have a kind of stupid bias, or just don't know boxing.[/QUOTE] You're right and the simple fact…

[QUOTE=Doubledagger;20575004]One could equally make a compelling argument for the exact opposite. I could say that Porter is full of BS. Porter is best friends with Crawford, obviously that alone means we have to take what he says with a large…