Mike Plania and his handlers are confident Joshua Greer Jr. has made a matchmaking mistake.

Greer was offered other opponents first, but the bantamweight contender picked Plania for his 10-round fight Tuesday night at MGM Grand Conference Center in Las Vegas. Handicappers have made Chicago’s Greer a 6-1 favorite to beat his unknown Filipino opponent, but those that work with Plania expect him to take full advantage of the biggest opportunity of his five-year pro career.

“I just see it as a great fight,” Sean Gibbons, Plania’s adviser, told BoxingScene.com. “Josh Greer, I love him and I love his style. He’ll come and he’ll wanna bang it out with you, and try to make you go night, night, and bring his pillow. But I think that he’s gonna be using it, not ‘Magic Mike.’ His nickname is ‘Night, Night.’ And that’s appropriate, because ‘Magic Mike’ is gonna make him go ‘Night, Night!’ That pillow he has is gonna get a lot of work on [Tuesday night].” 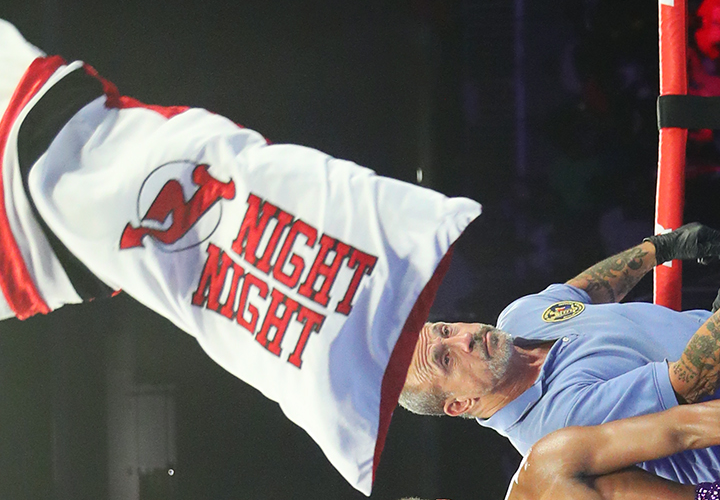 The 26-year-old Greer (22-1-1, 12 KOs) is known for taunting his opponents by bringing pillows to the ring, with the words, ‘Night, Night’ embroidered on them. Neither Greer nor Plania has ever been knocked out.

Greer is the WBO’s number one contender for Johnriel Casimero’s bantamweight championship. He also is the IBF’s second-ranked contender for Naoya Inoue’s 118-pound crown.

Greer has gone the distance in each of his past two fights. Each of those points victories over Russia’s Nikolai Potapov (21-2-1, 11 KOs) and Cleveland’s Antonio Nieves (19-3-2, 11 KOs) came in highly competitive fights.

Gibbons figures Greer and his team noticed that Plania lost a 10-round unanimous decision to the best opponent he has faced, former WBA/IBO bantamweight champion Juan Carlos Payano. The Dominican Republic’s Payano (21-3, 9 KOs) beat Plania in March 2018, in the bout before Japan’s Inoue (19-0, 16 KOs) knocked out Payano in the first round.

“My hat’s off to Josh Greer,” Gibbons said. “Unfortunately, I think I’m a better matchmaker than Josh Greer. I think we put our guy ‘Magic Mike’ in the right fight. After watching [Yenifel] Vicente, who’s just horrible with the way he fought and what he did [Thursday night] – and that’s kind of been his career, when the it gets tough, he starts fouling – but here, I think the fans are gonna be treated to a real, real good fight. I think the ratings went down a little. I can see why, after seeing Vicente. But the people that tune in to watch Josh Greer and ‘Magic’ Mike Plania, they’re gonna get a real treat on ESPN. It’s gonna be fireworks. I can see Josh Greer getting knocked out by ‘Magic Mike.’ ”

The Dominican Republic’s Vicente (36-5-2, 28 KOs, 1 NC) was disqualified in the 10th round of his ESPN main event versus Jessie Magdaleno (28-1, 18 KOs) on Thursday night at MGM Grand Conference Center. Referee Robert Byrd deducted three points from Vicente for hitting Magdaleno low before finally disqualifying him for yet another blow below the belt in the final round of their junior lightweight fight.

These two should have a pillow fight instead