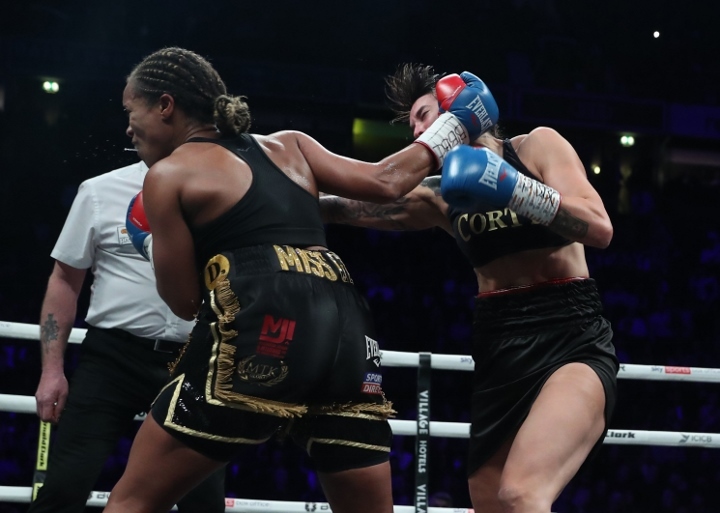 After coming out jabbing well and boxing, Jonas landed a big hook in the closing seconds to drop Namus hard. Namus got up on very unsteady legs. She was hurt, but the round ran out before Jonas could go for the finish. 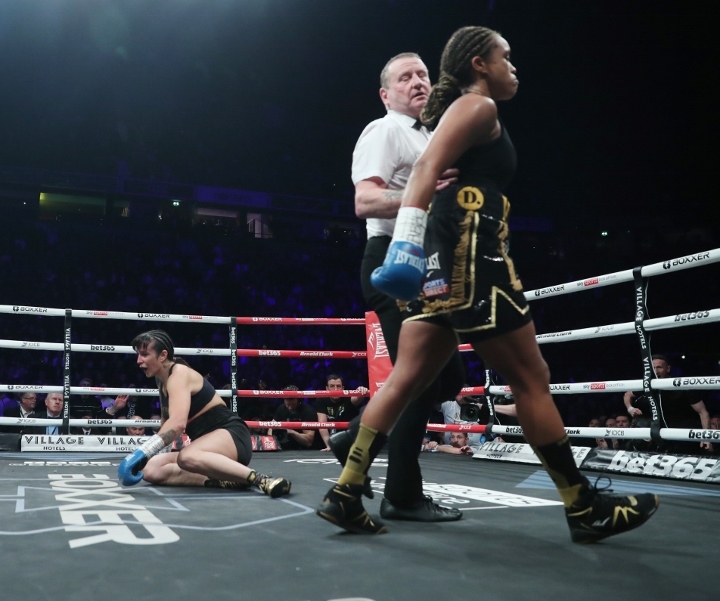 Jonas came out swinging in the second round and dropped Namus for a second time. Namus' corner was getting ready to throw in the towel as the referee waved off the fight. 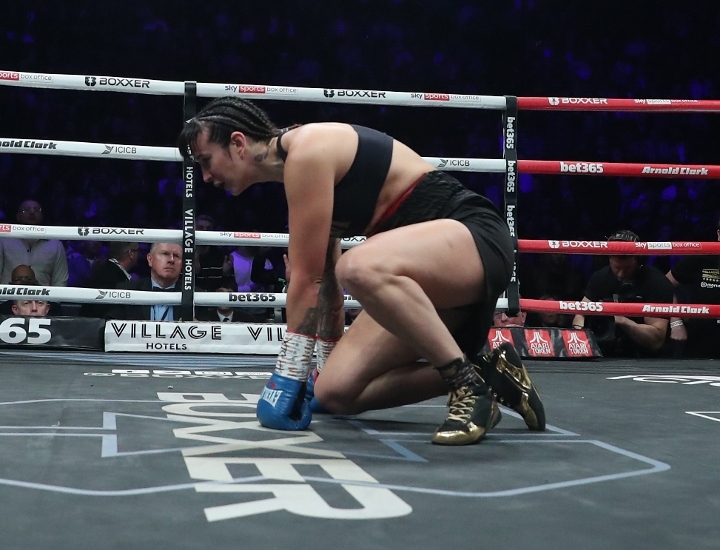 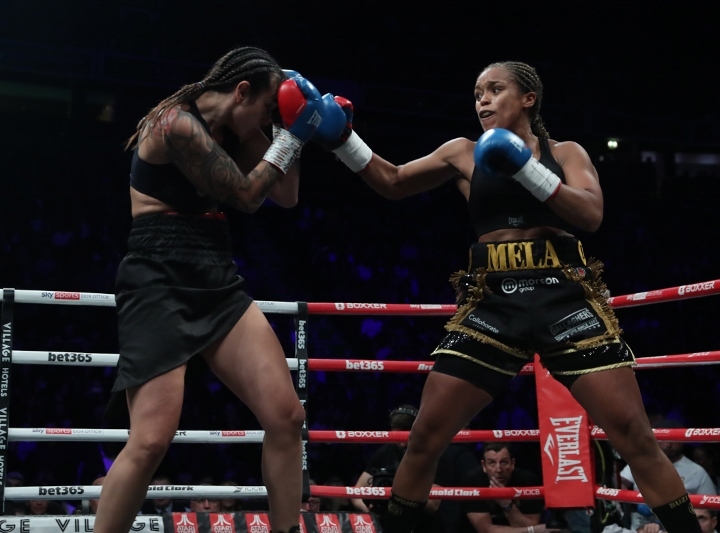 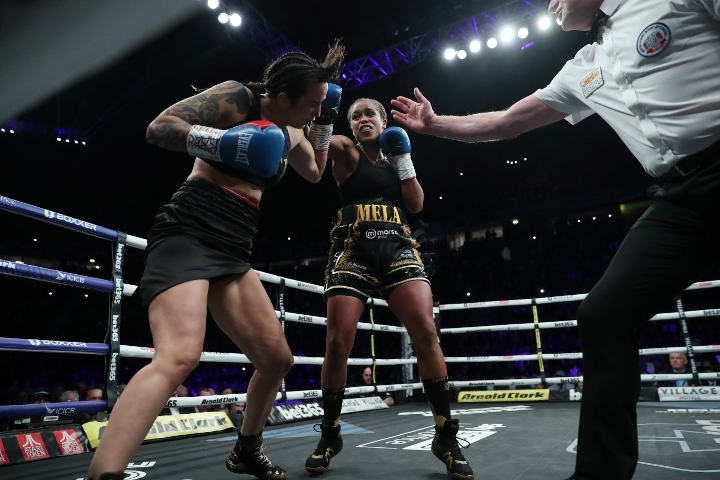 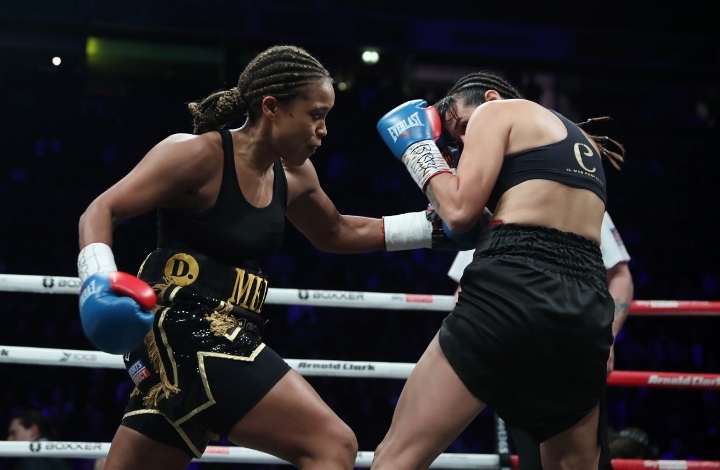 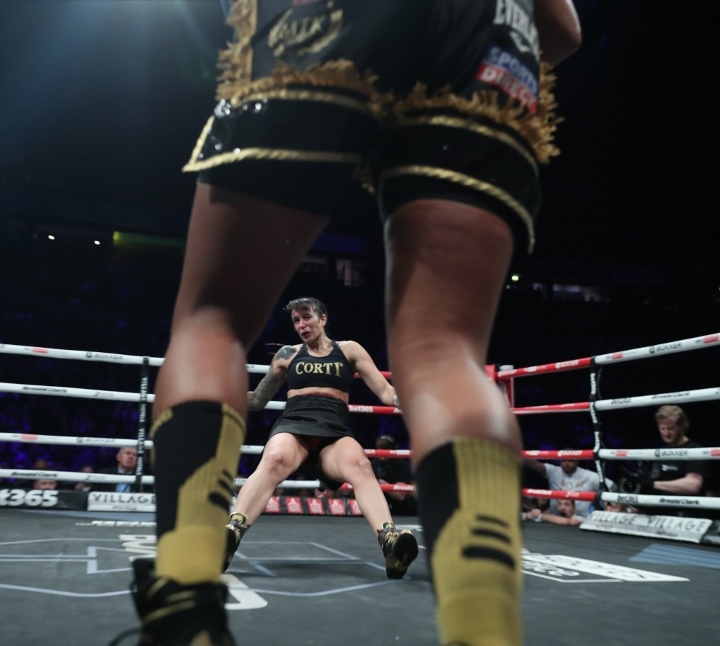 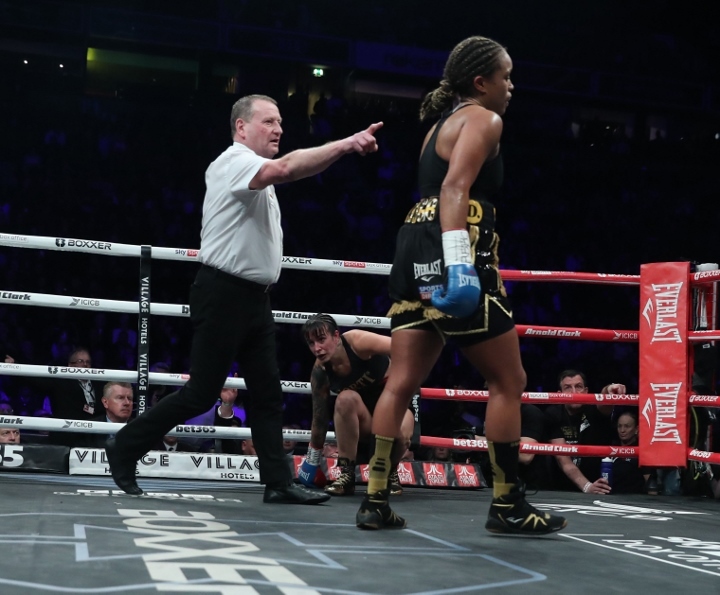 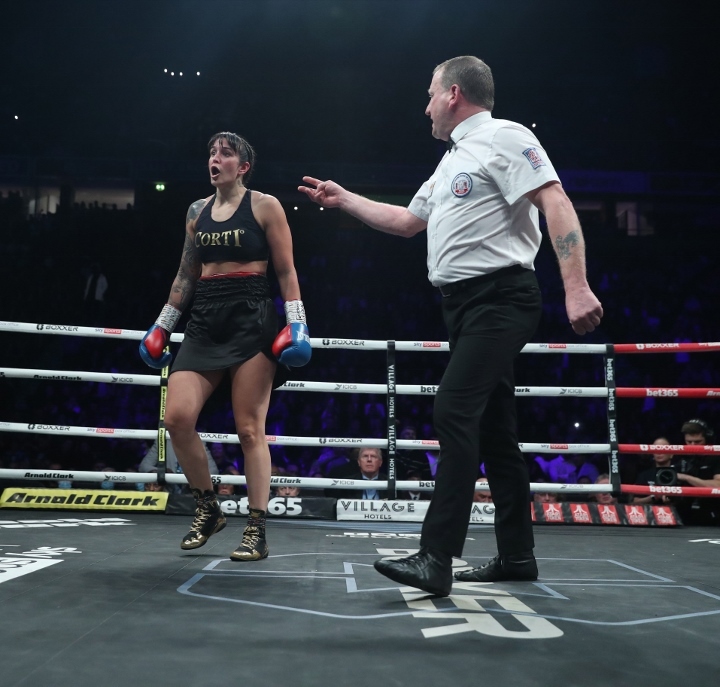 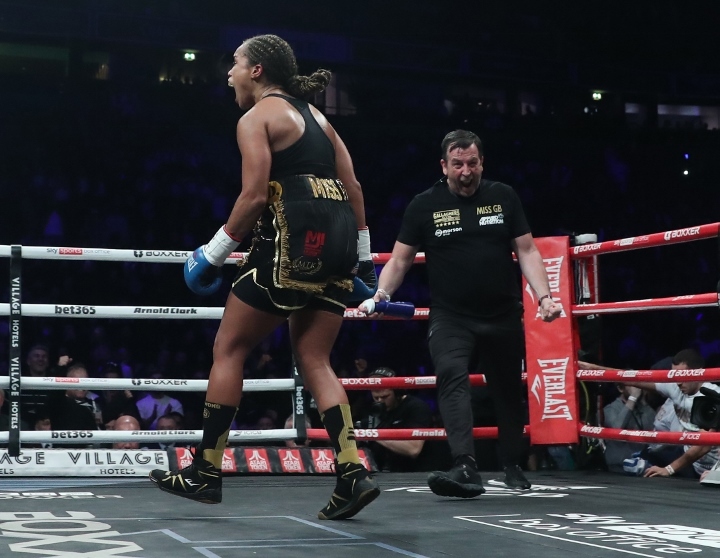 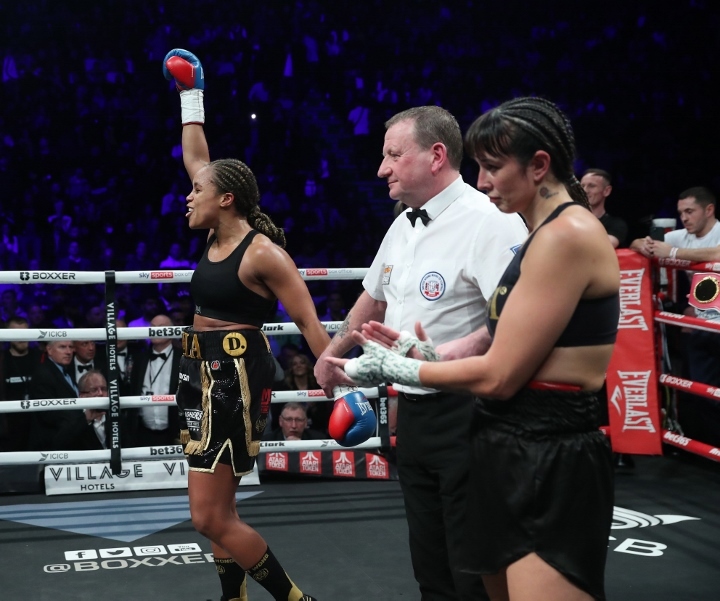 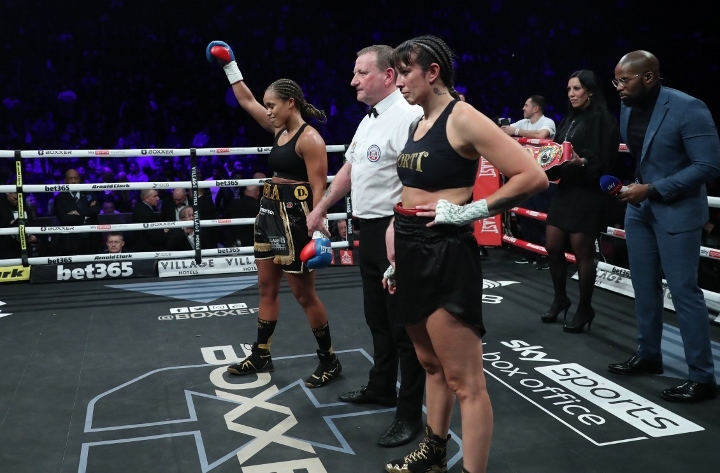 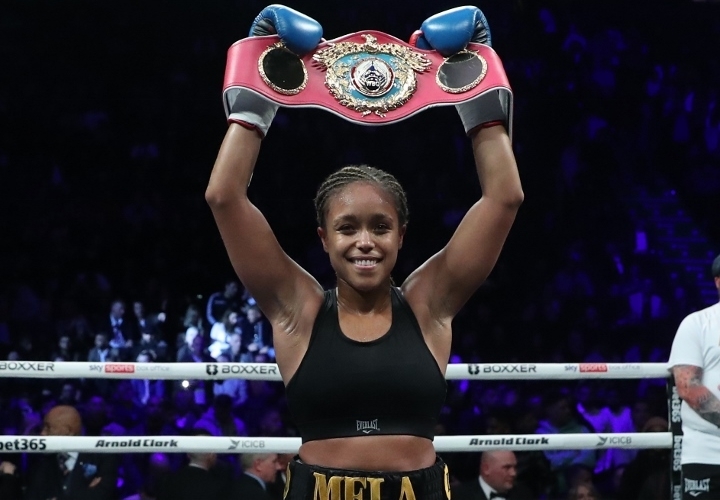 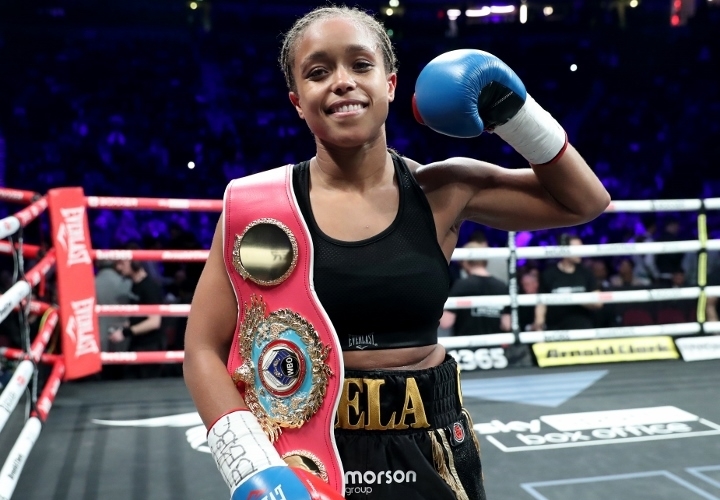 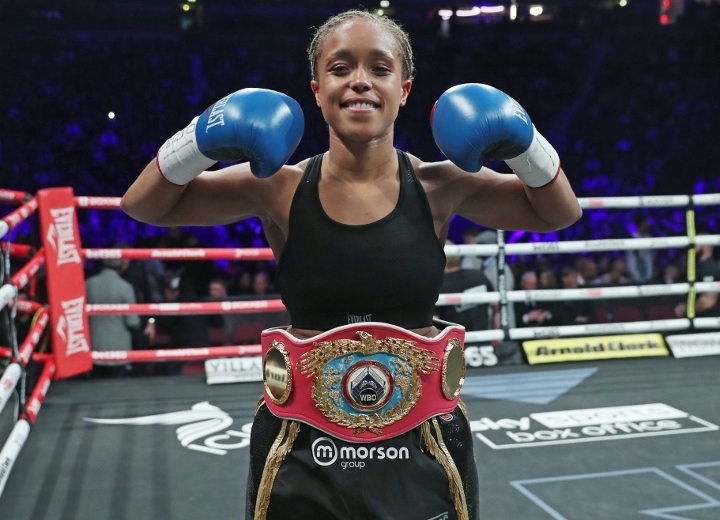 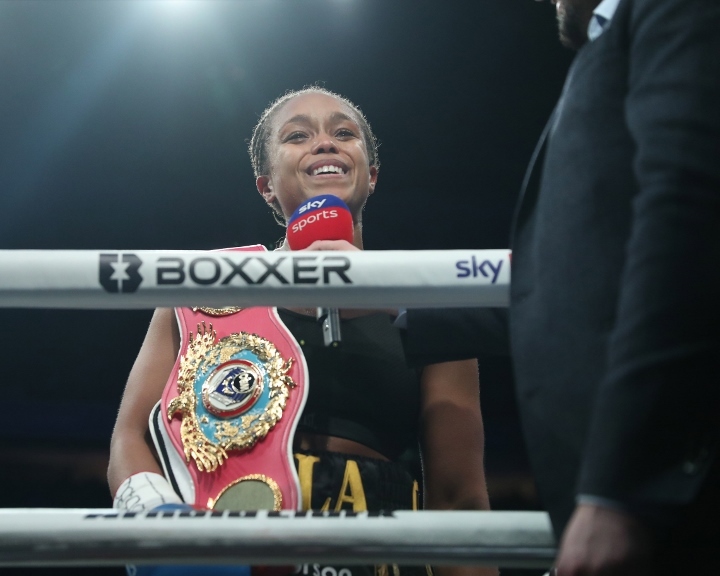