A special fight deserves a special build-up, so BOXXER chartered a vessel to take bitter rivals Savannah Marshall and Claressa Shields - plus a host of British media - down the Thames river for open workouts and staredowns in the shadow of the iconic London Tower Bridge. (photos by Lawrence Lustig) 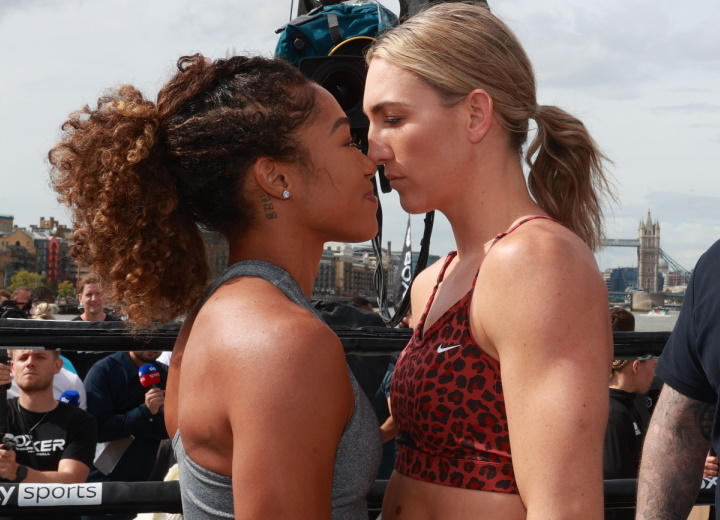 Joining the crew on the ‘BOXXER Battleship’ were co-main event fighters Mikaela Mayer and Alycia Baumgardner and some of the standout British fighters from the landmark all-female card, including Lauren Price, Karriss Artingstall, Carlone Dubois, April Hunter, Georgia O’Connor, and Ebonie Jones. 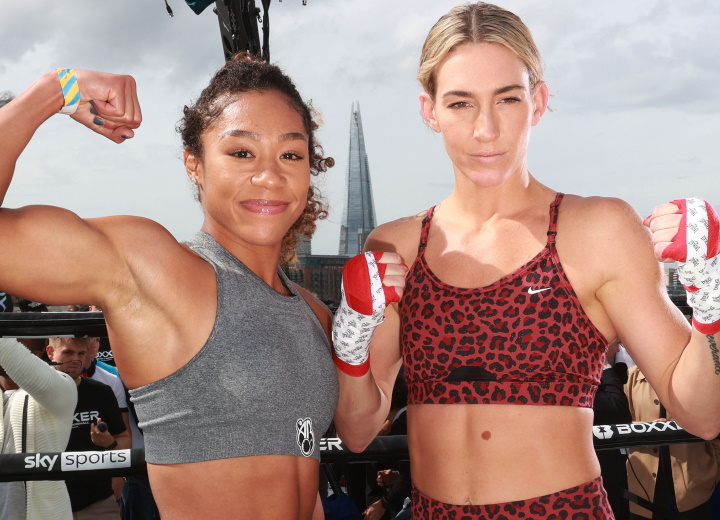 As the city’s greatest landmarks rolled by, the array of stars took to the ring to work out ahead of competition on Saturday in front of the assembled media and a platoon of stars from the world of women’s spot, including Fara Williams, England’s most capped football player, and Olympic 400m Gold Medalist Christine Ohuruogo. 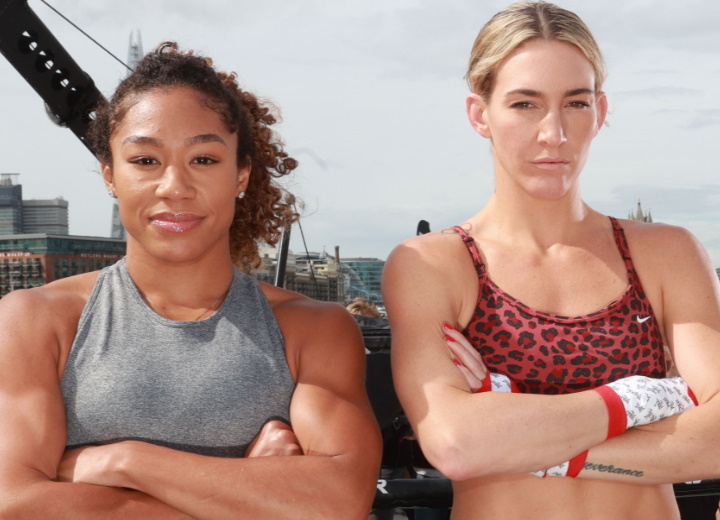 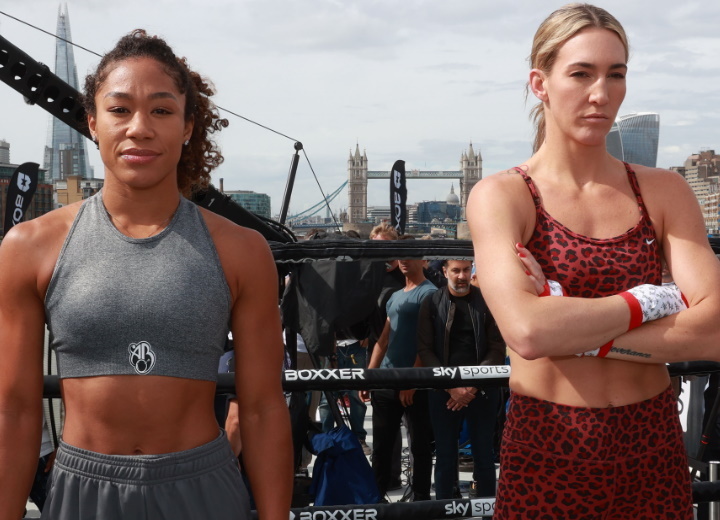 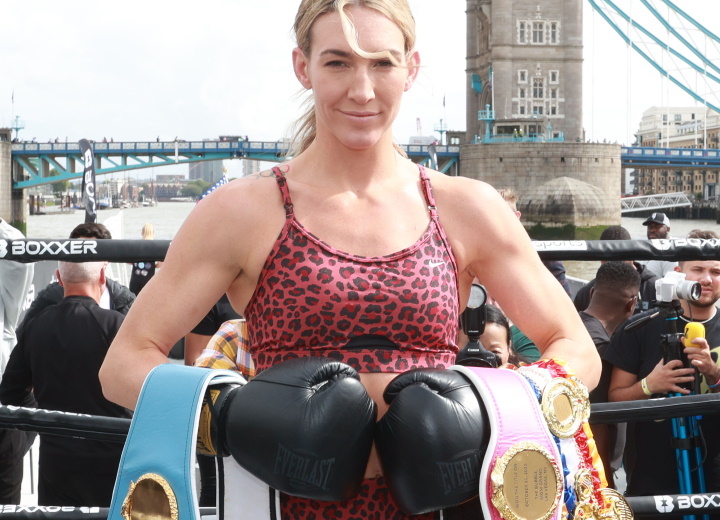 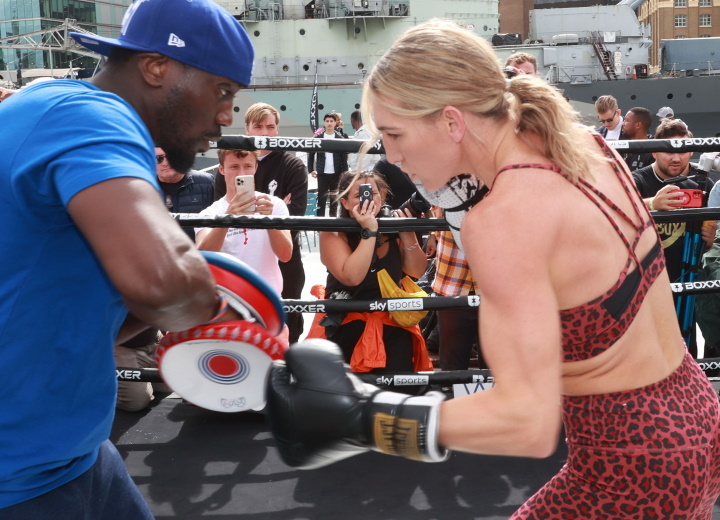 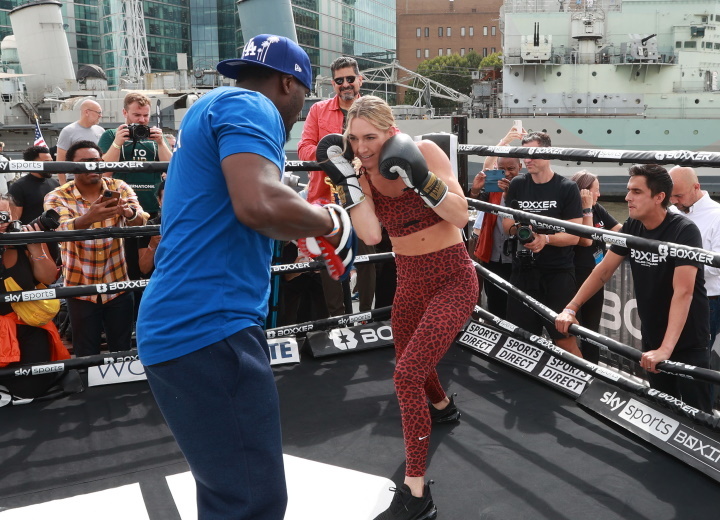 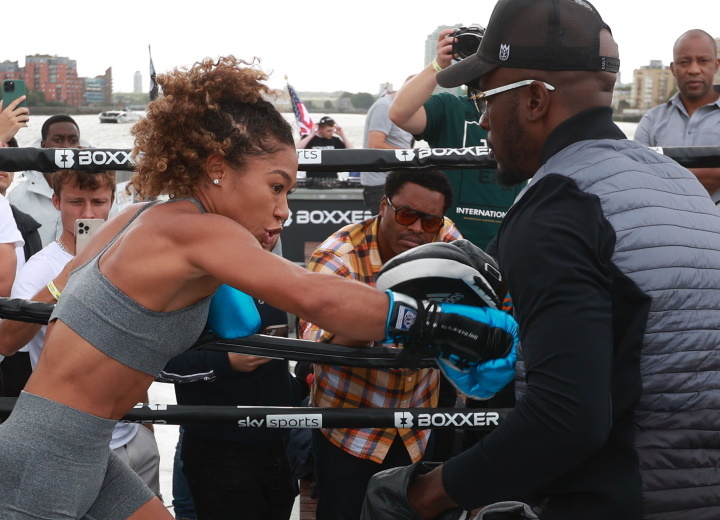 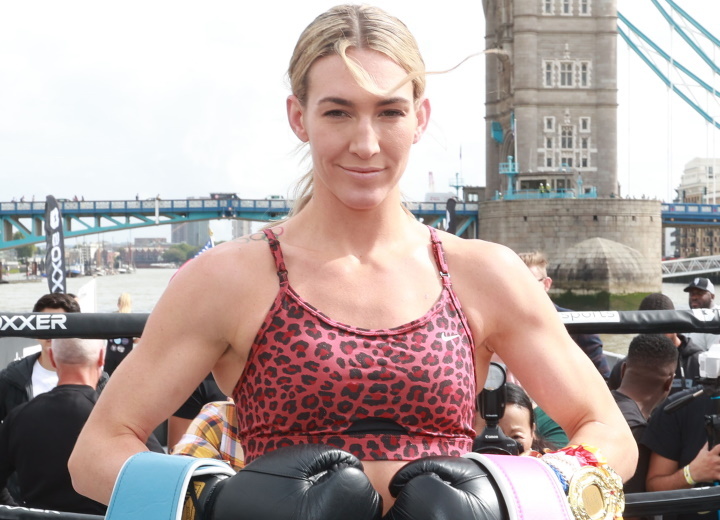 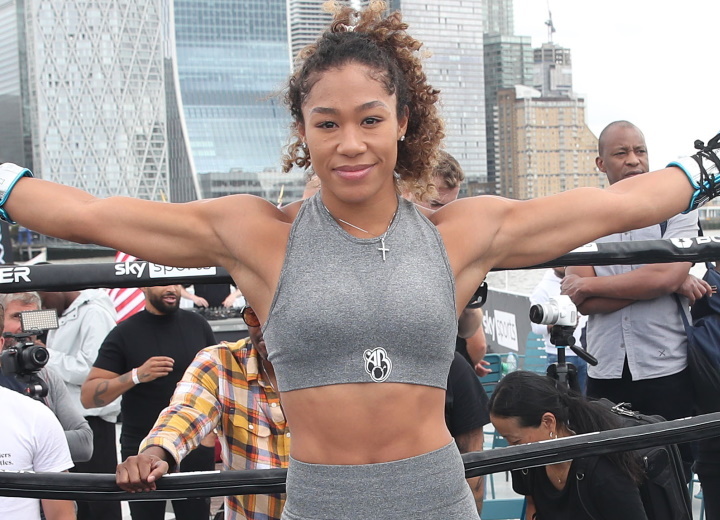 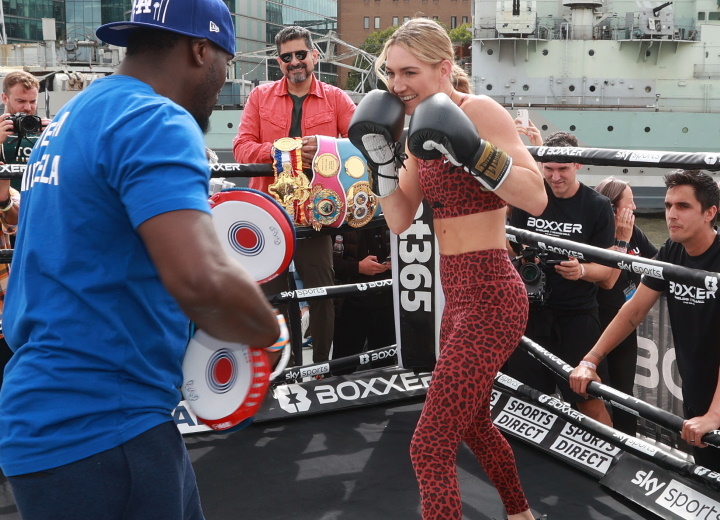 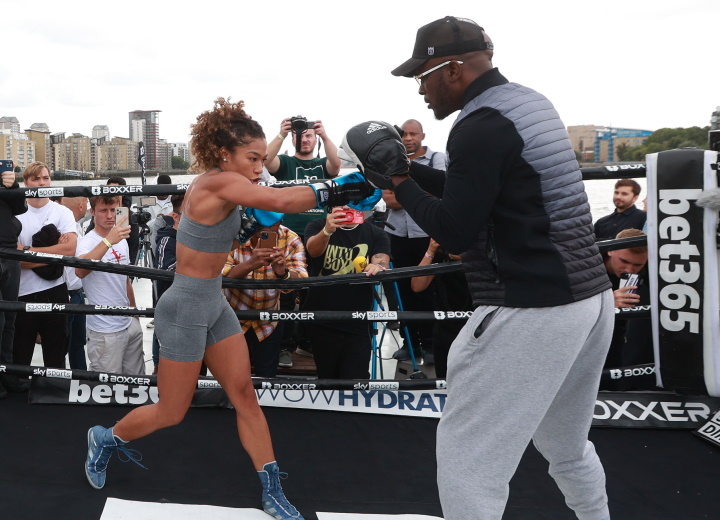 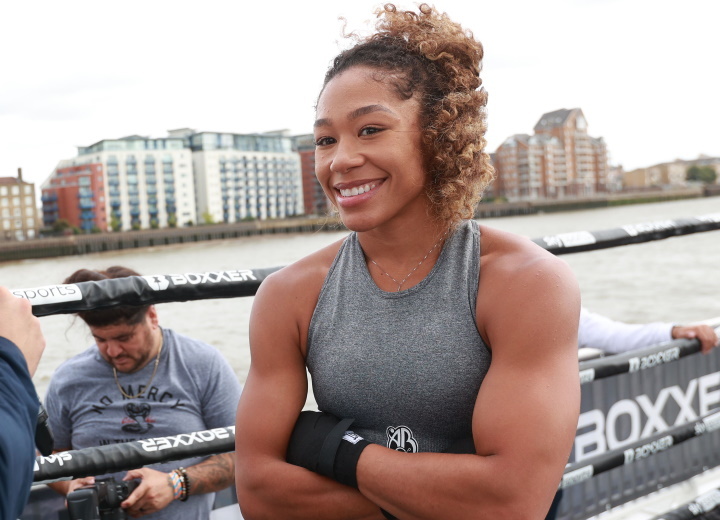 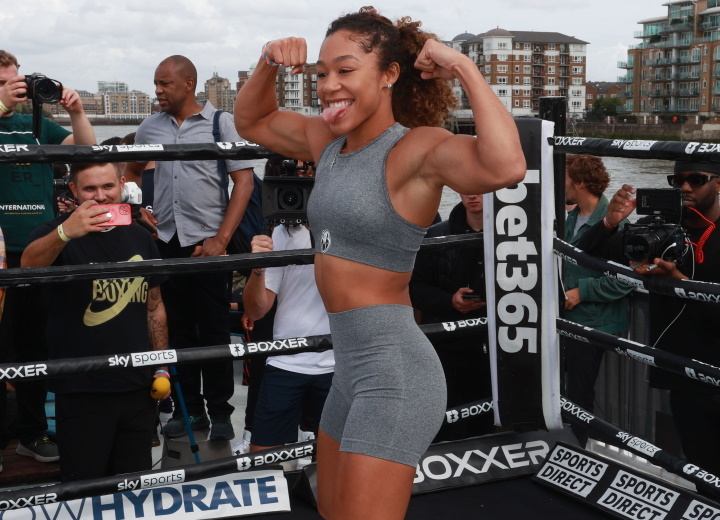 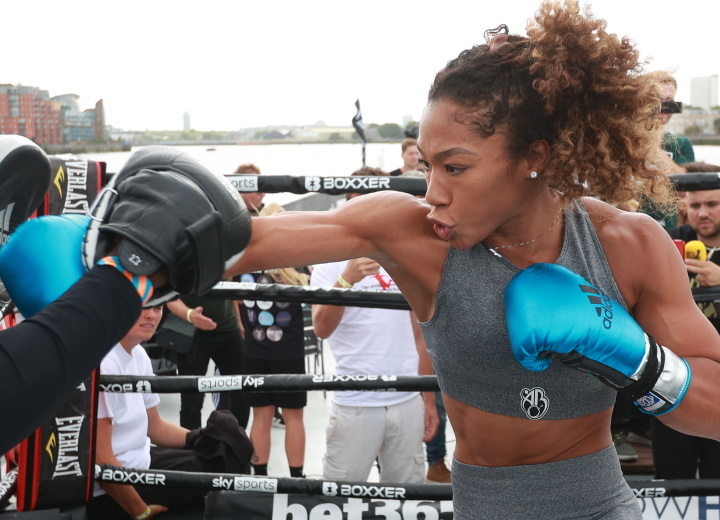 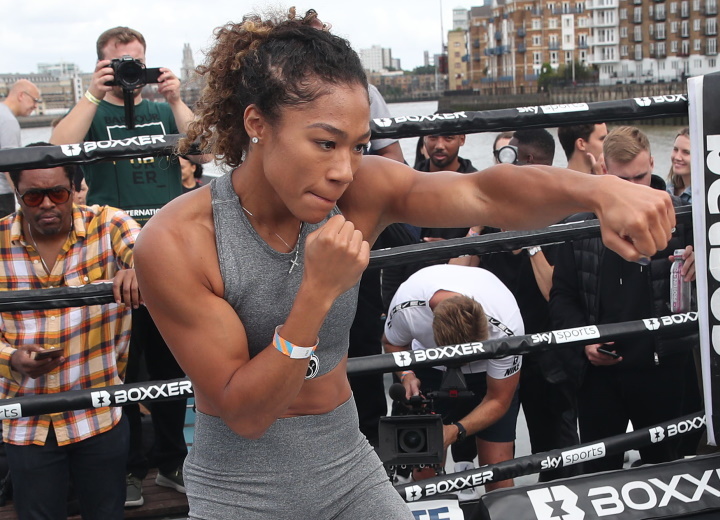 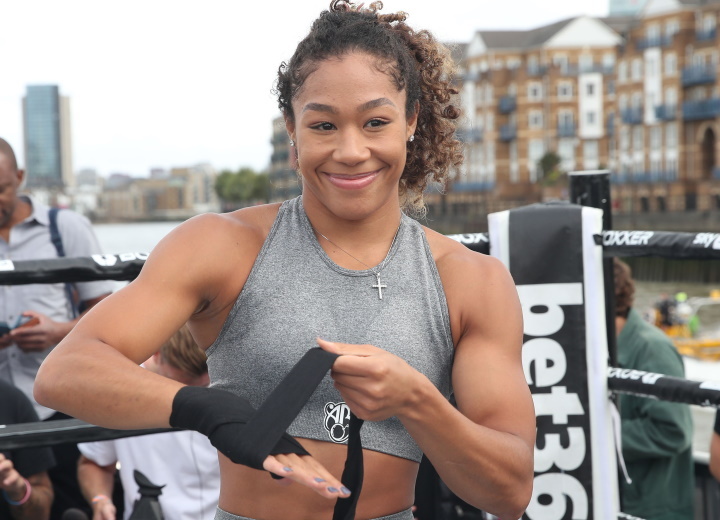