Dignity Health Sports Park, Carson, California - In a lightweight encounter, Michel Rivera (21-0, 14 KOs) got off the floor to score a sensational knockout of Jon Fernandez (21-2, 18 KOs) in the eight round. (photos by Esther Lin, Sean Michael Ham)

Fernandez was pumping a stiff jab for most of the first round. Rivera was on the back-foot and looking for counters. In the second, the action was close with Rivera starting to work a sharp jab. Fernandez was putting together solid combinations. Rivera was fighting back with accurate shots of his own. 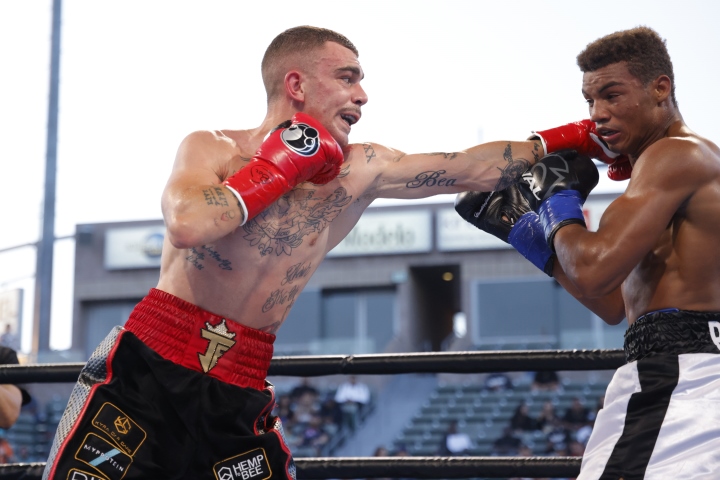 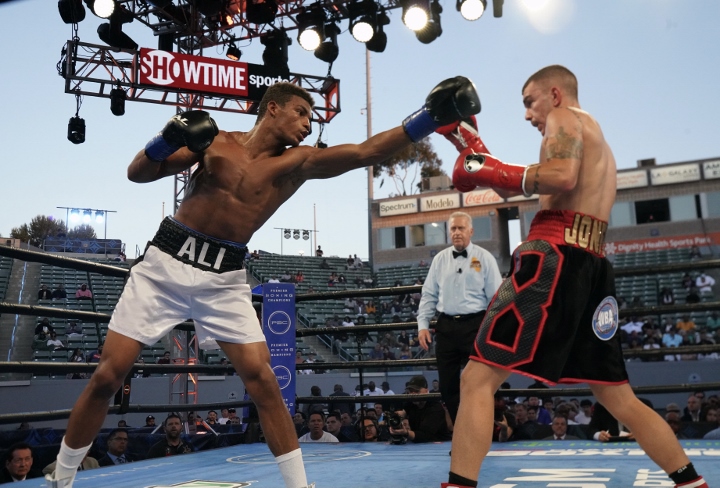 Fernandez was going after Rivera in the sixth, forcing some hard exchanges. Fernandez landed a solid right hand counter that sent Rivera down. Rivera used a lot of holding to recover and eventually landed some shots. In the seventh, Rivera came out swinging with hard shots. It was give and take with both boxers having moments.

At the start of the eight, Rivera landed a monster shot that sent Fernandez down and he was out. 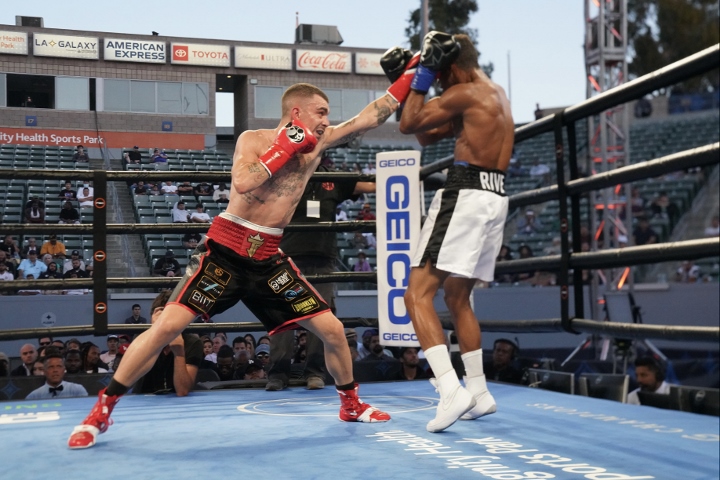 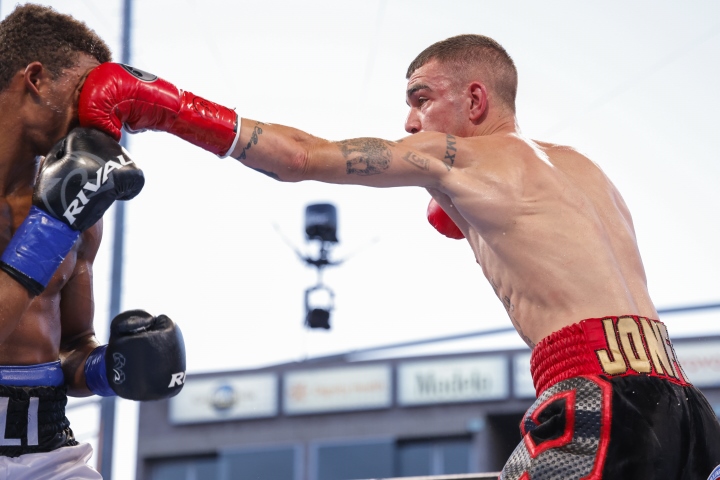 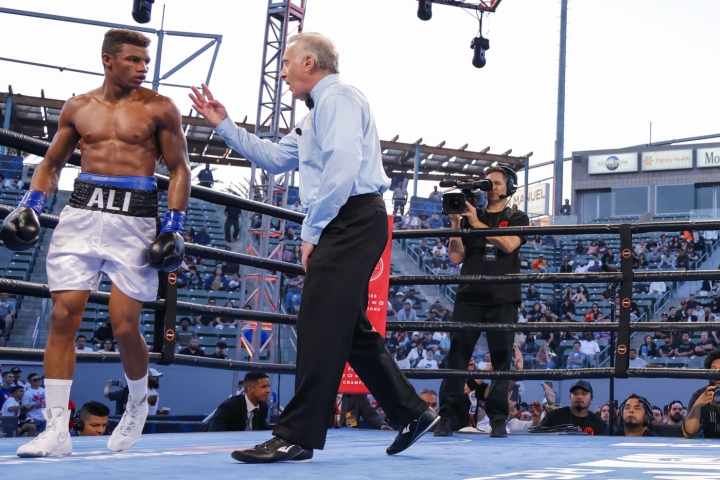 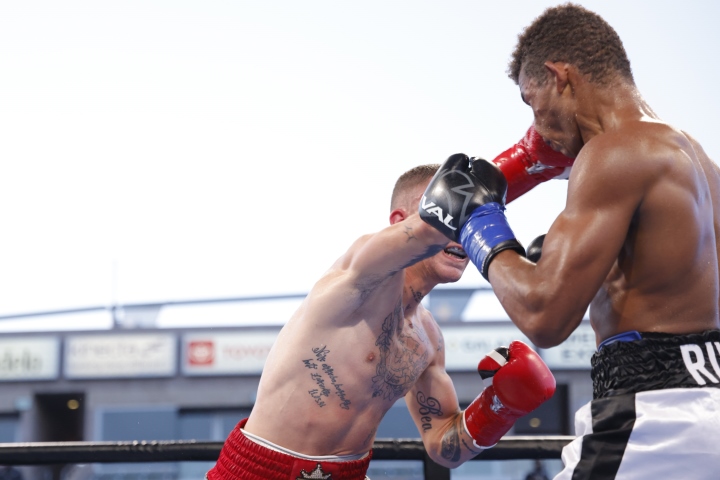 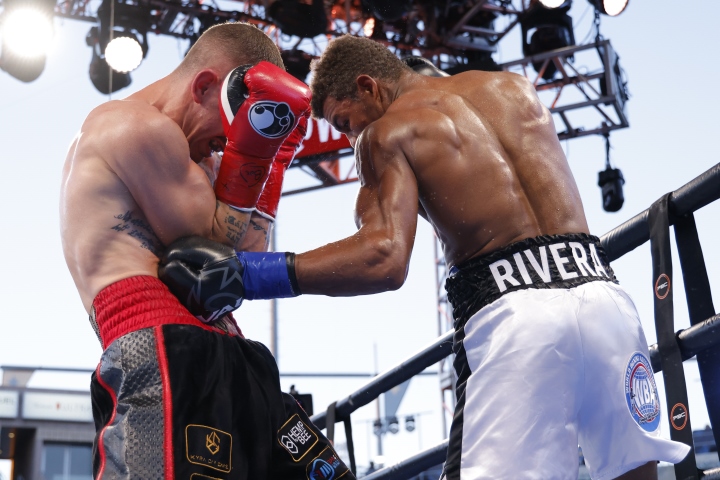 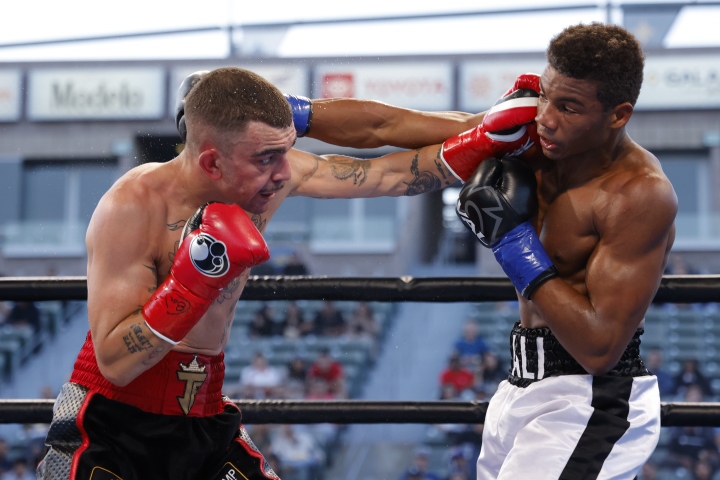 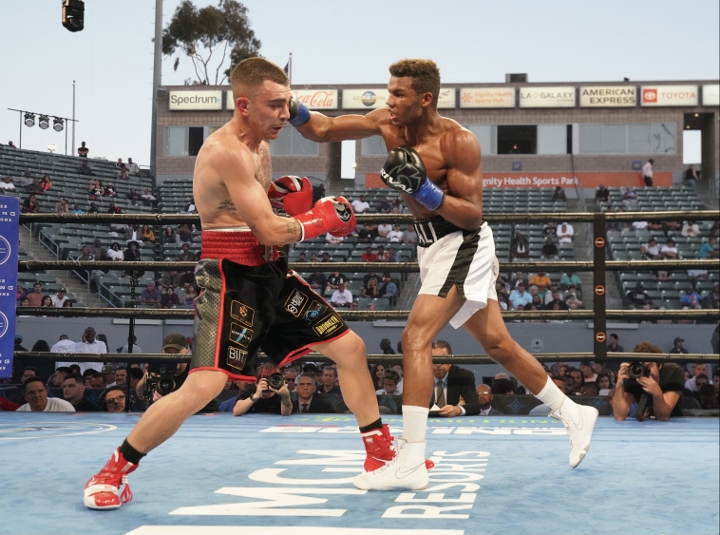 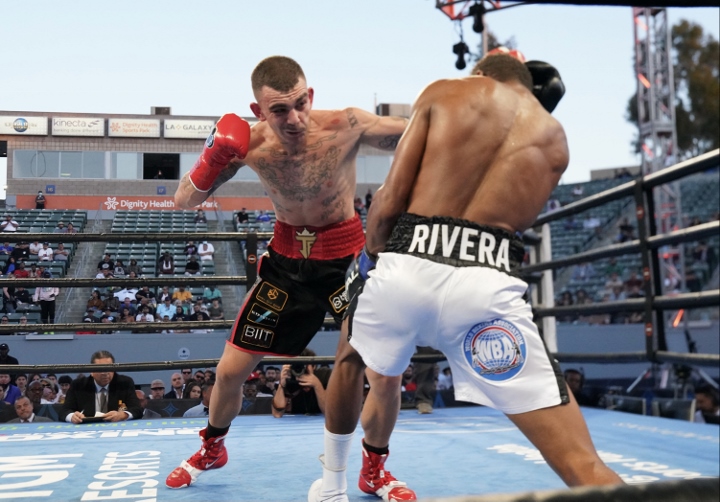 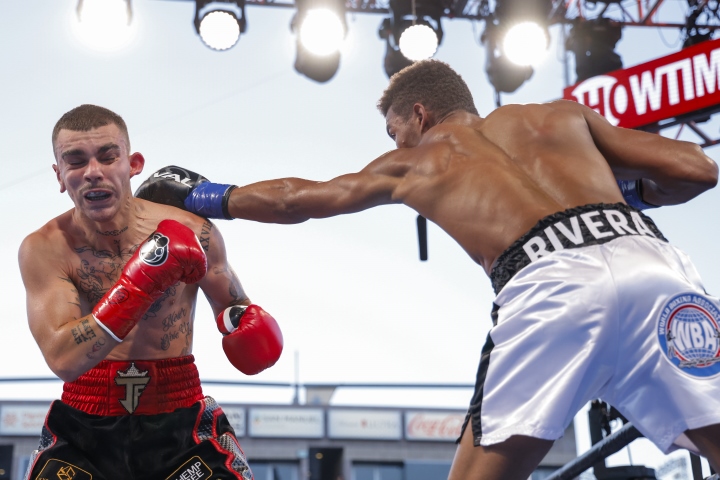 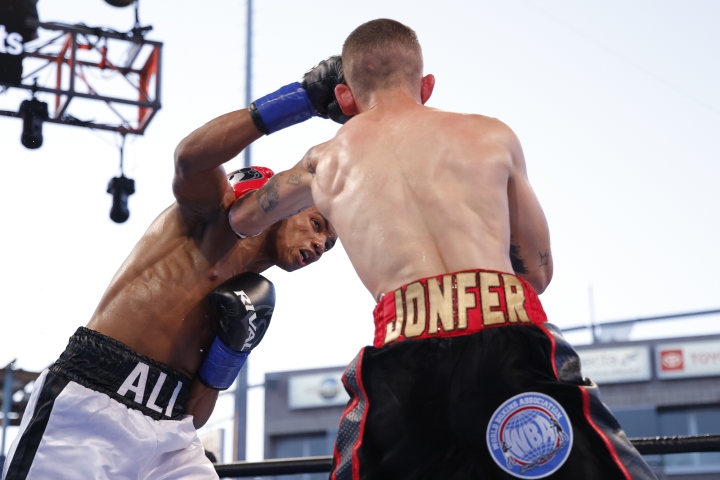 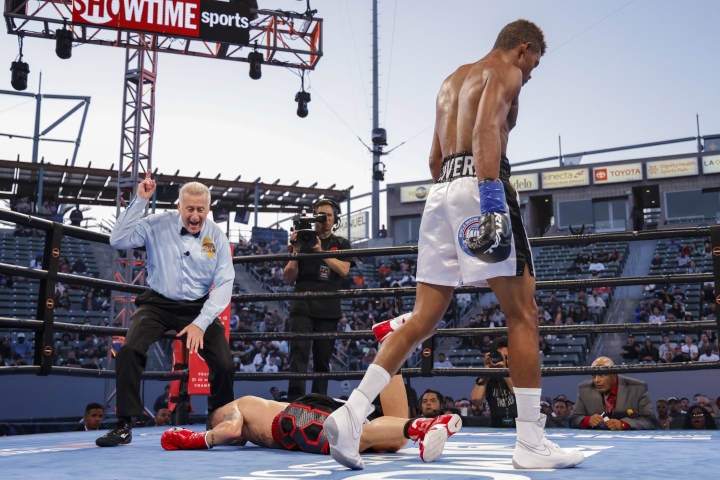 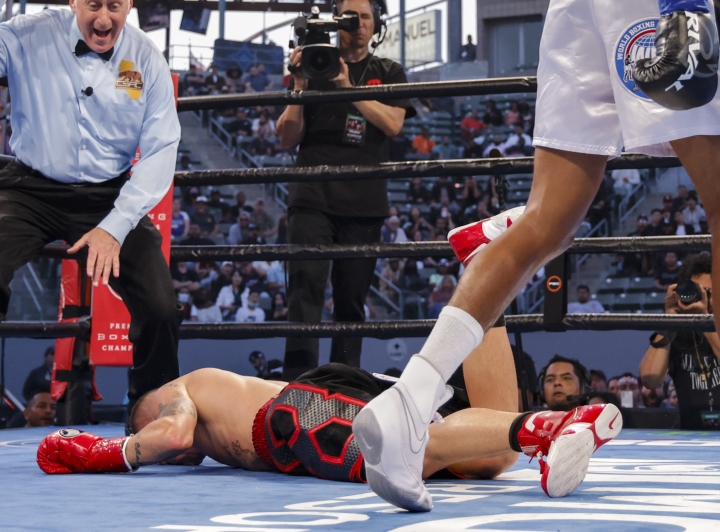 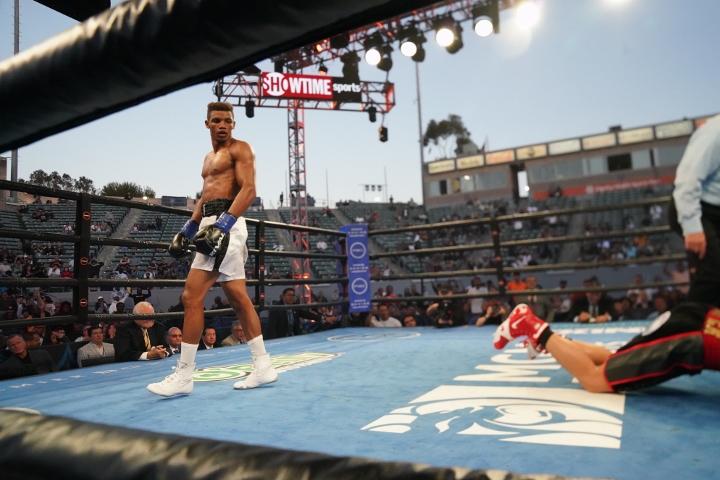 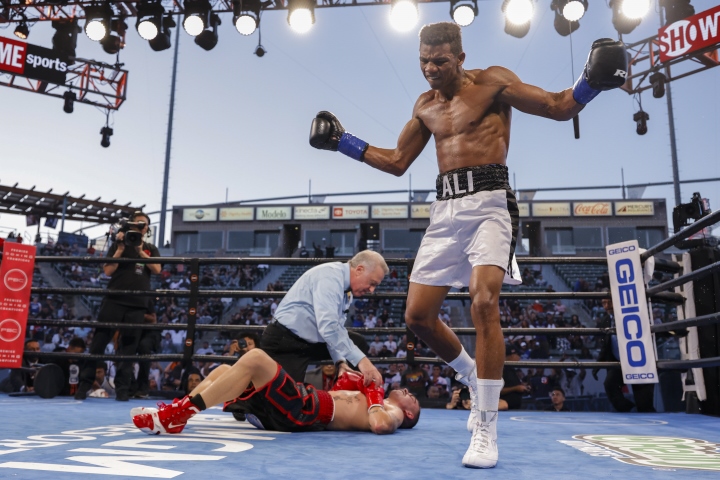 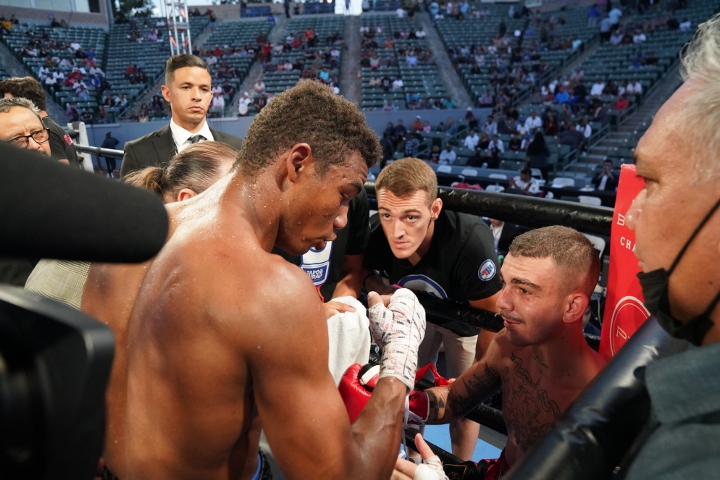 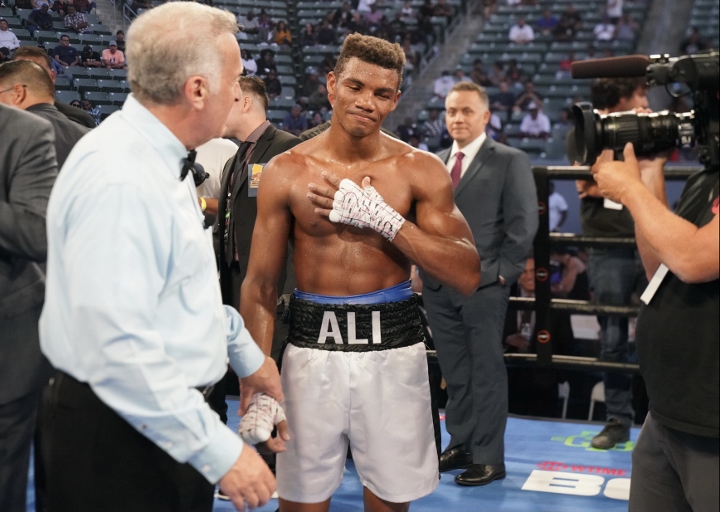 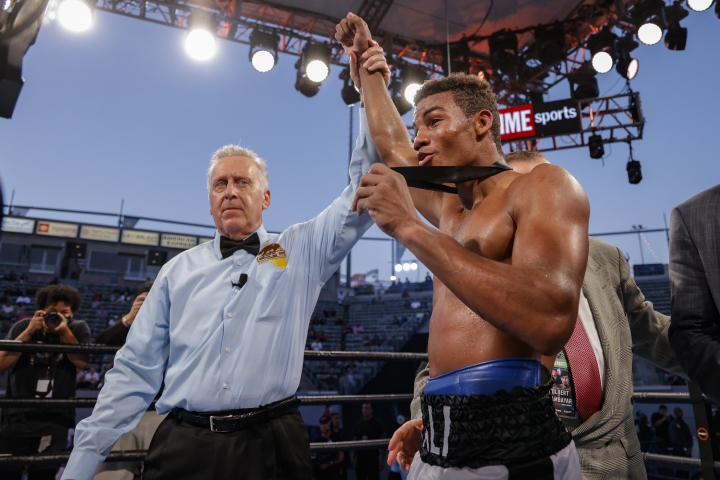 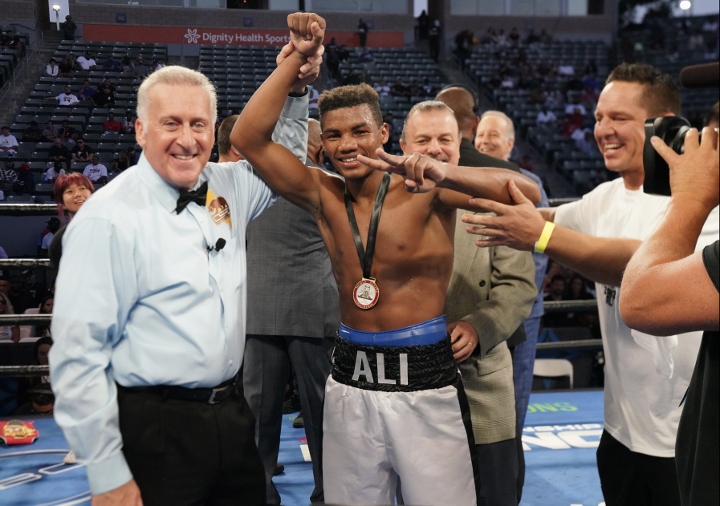 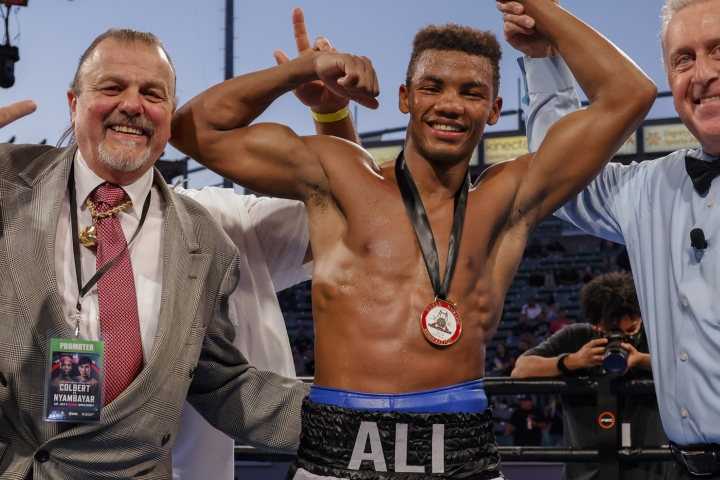