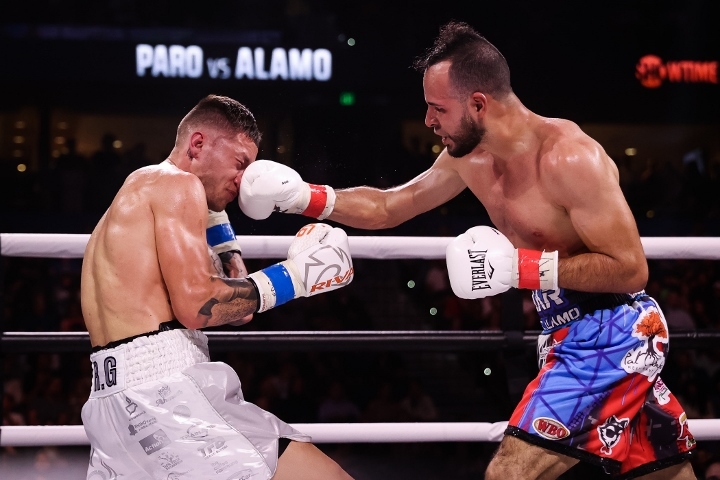 A very tactical start, but in the final minute Alamo landed a counter right hand to drop Paro. Alamo's movement and counters were giving Paro a lot of trouble in the second and third. 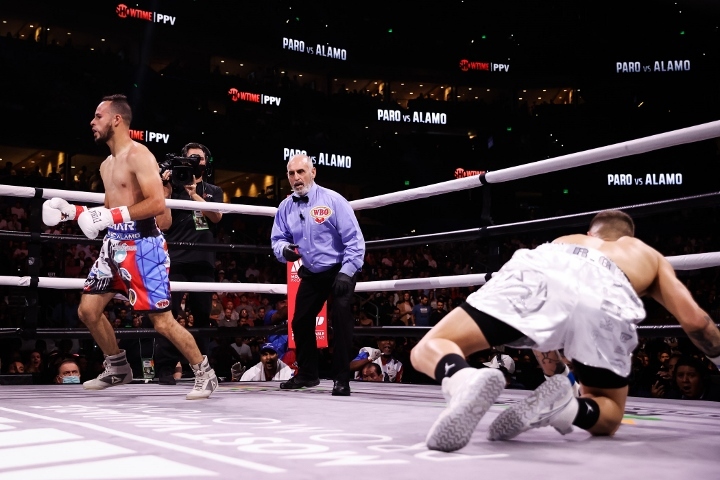 Paro did much better in the fourth, as he was jabbing his way inside and began to land shots. Paro continued to pick up the pace and it very close as he took the fight to Alamo in the fifth. Alamo began to make adjustments in the sixth and seventh, looking to make it more of a fight. 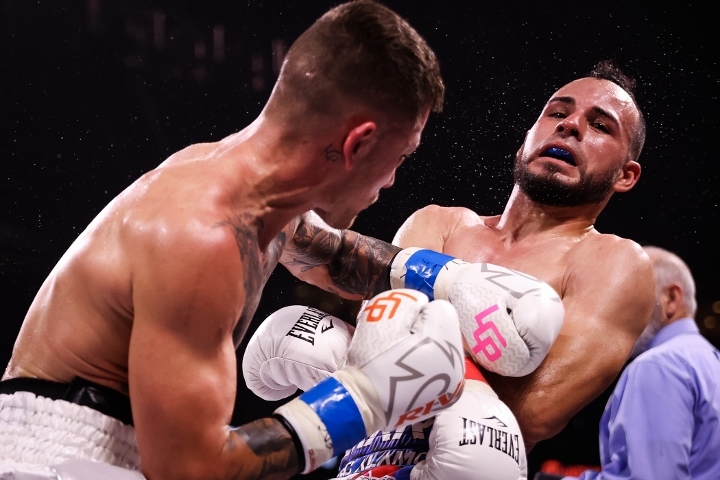 Alamo went back to moving and countering in the eight, which created more punches exchanged between the two.  The action continued to be close in the ninth and tenth, with each boxer having spells of success. 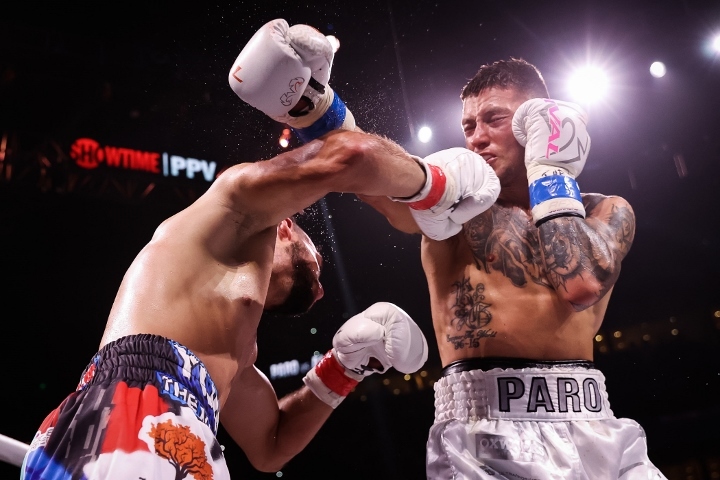 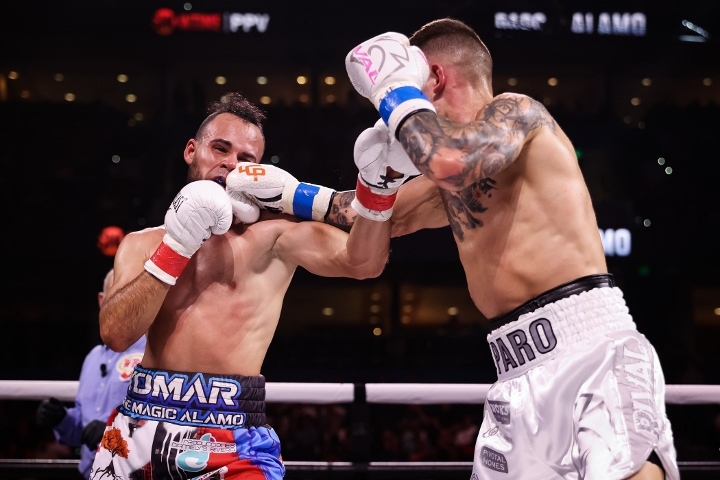 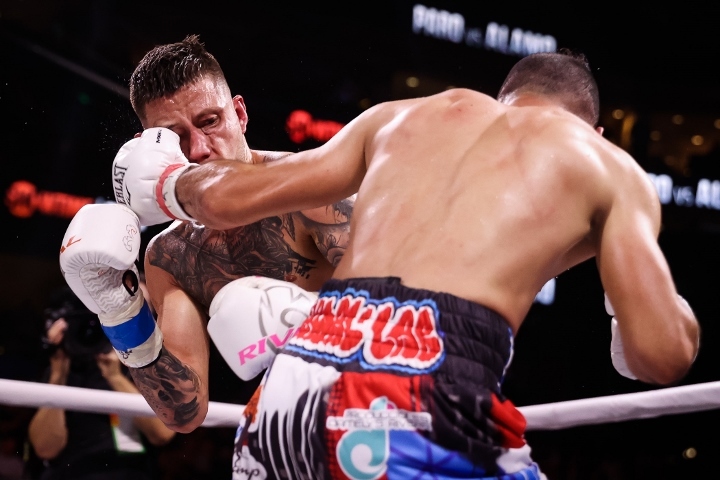 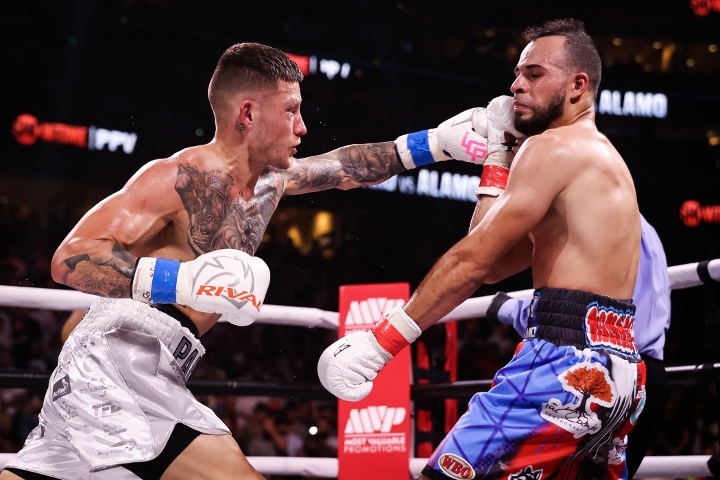 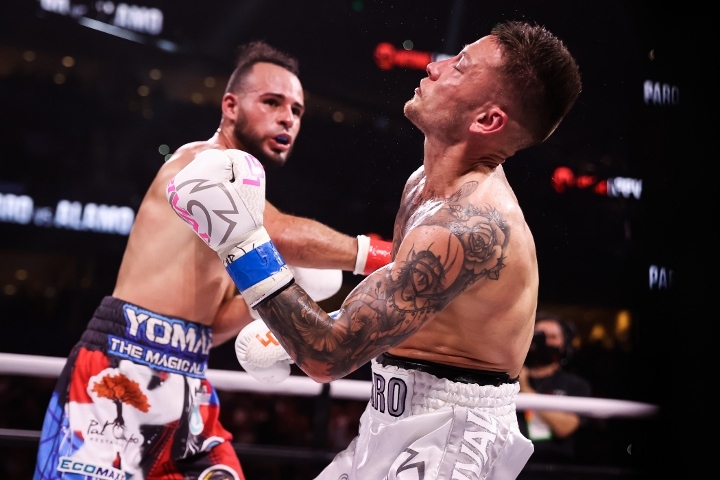 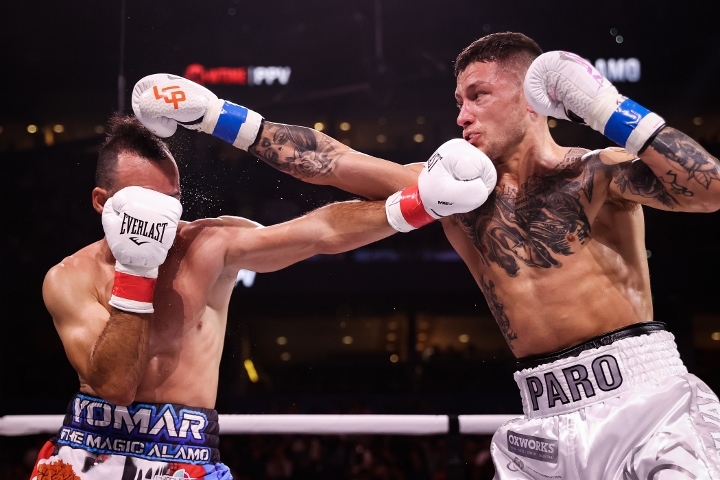 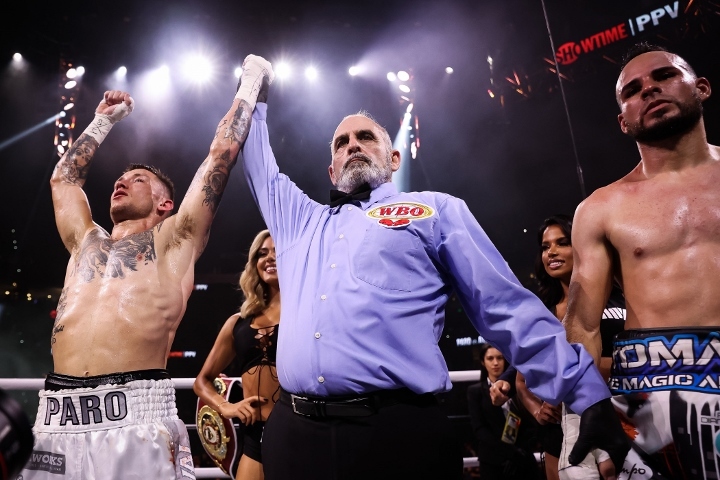 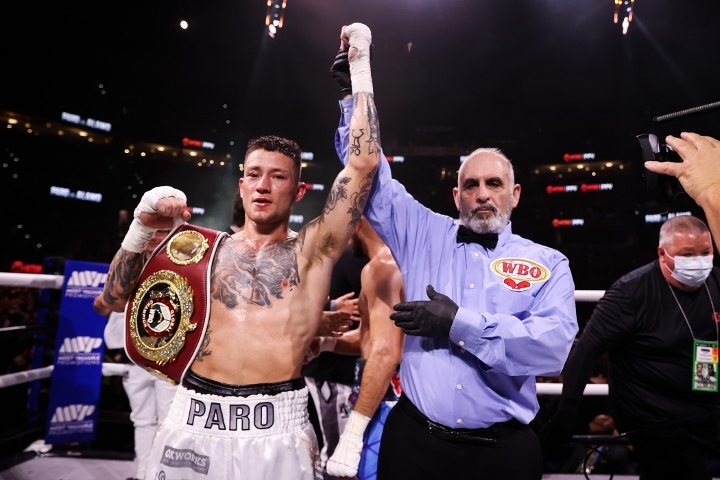