JOSH WARRINGTON returns to his hometown of Leeds this weekend, facing off in a highly anticipated rematch against Mexican MAURICIO LARA at the Emerald Headingley Stadium. WARRINGTON, who become the first male boxing champion from the city when he defeated Lee Selby to claim the IBF featherweight title in 2018, is looking to avenge his only career loss last time out against the dangerous Mexican. (photos by Mark Robinson)

LARA comes into the fight with increased momentum, boasting a twelve-fight winning streak and impressive 9th round stoppage against the Leeds native last time out. 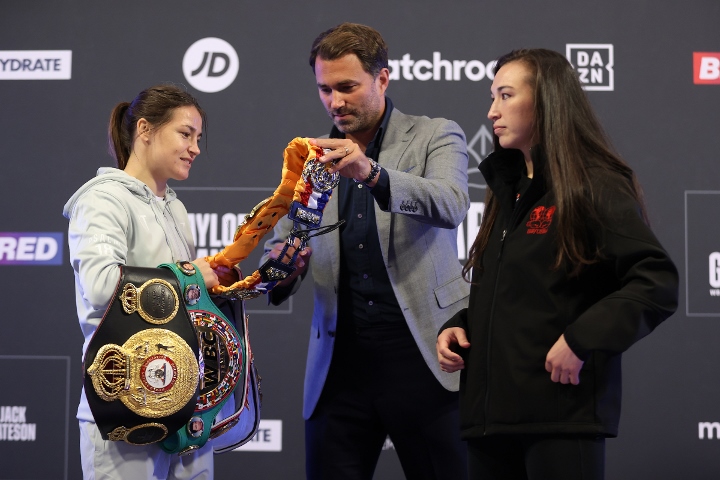 In the co-main event of the evening, Irish superstar KATIE TAYLOR is looking to defend her undisputed lightweight crown for the fourth time, this time against IBF mandatory challenger JENNIFER HAN. 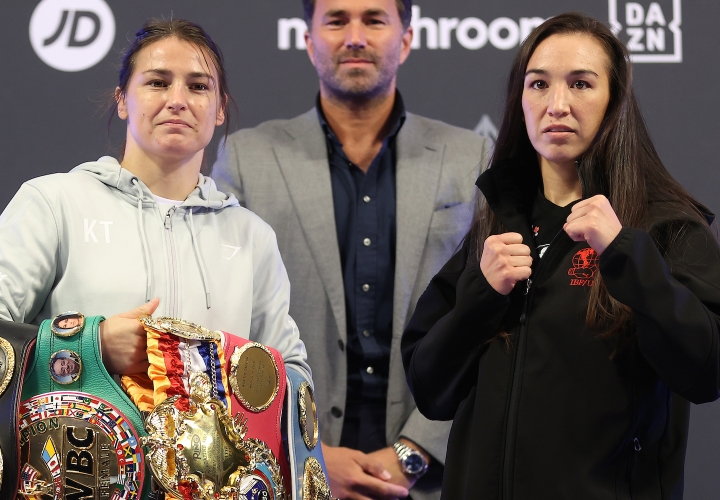 Last time out, TAYLOR impressed with hard fought unanimous decision win against old foe Natasha Jonas at the AO Arena in Manchester. Jennifer Han has tallied eight straight wins since 2014, including a unanimous decision over Jeri Sitzes in February 2020 to make it to the biggest fight of her career. 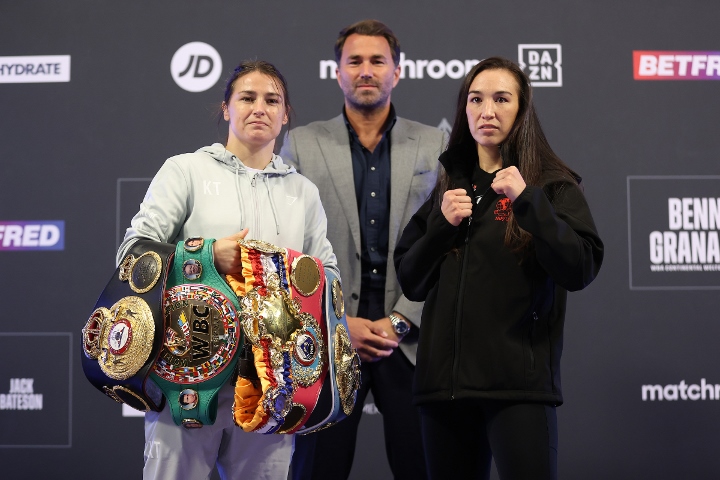 In a rescheduled fight, CONOR BENN returns to the ring against ADRIAN GRANADOS, defending his WBA Continental welterweight title and looking to make a statement to the welterweight world title holders. 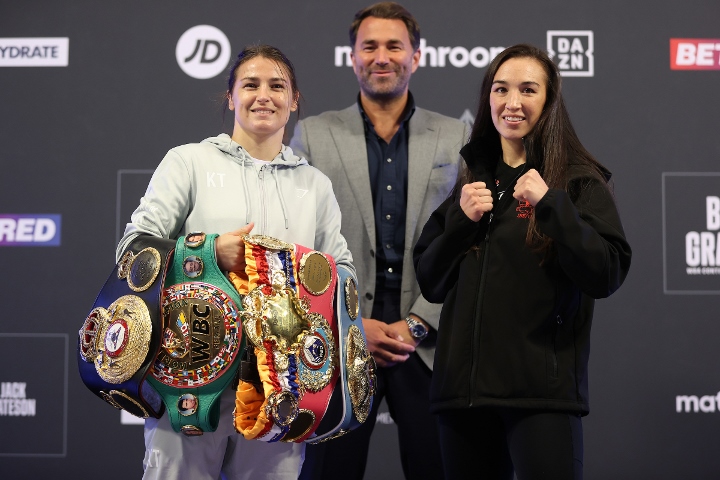 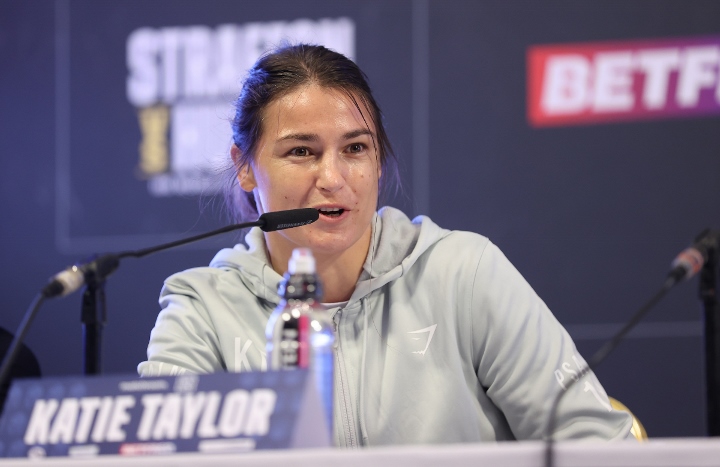 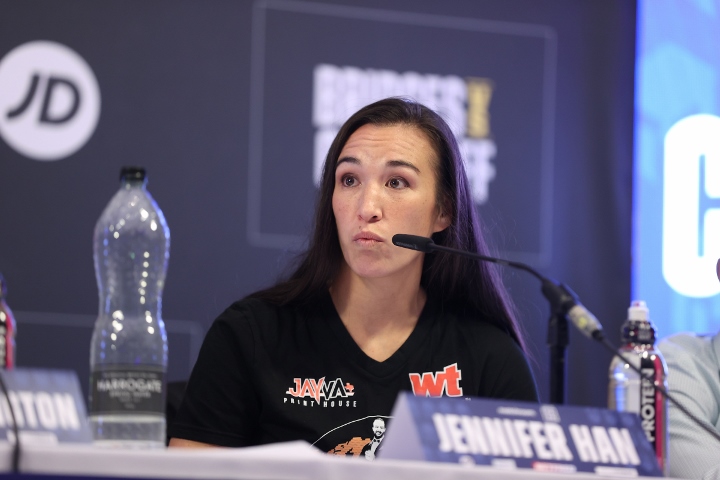 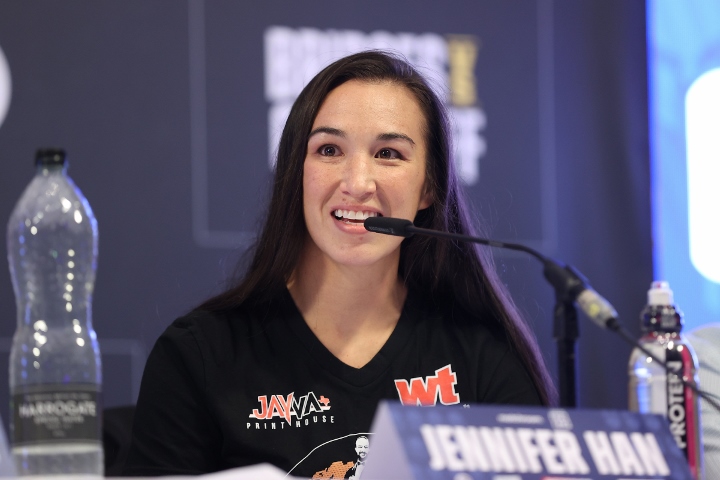 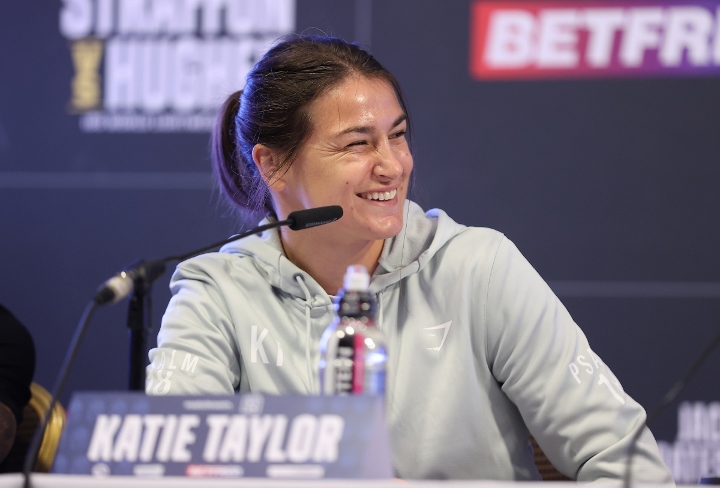