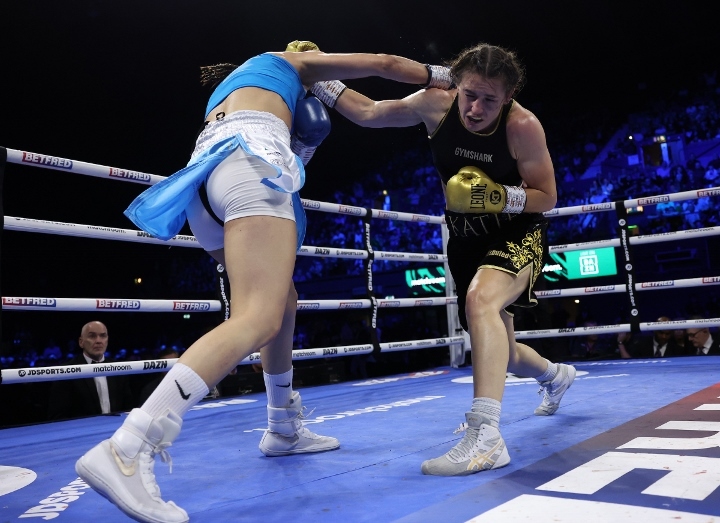 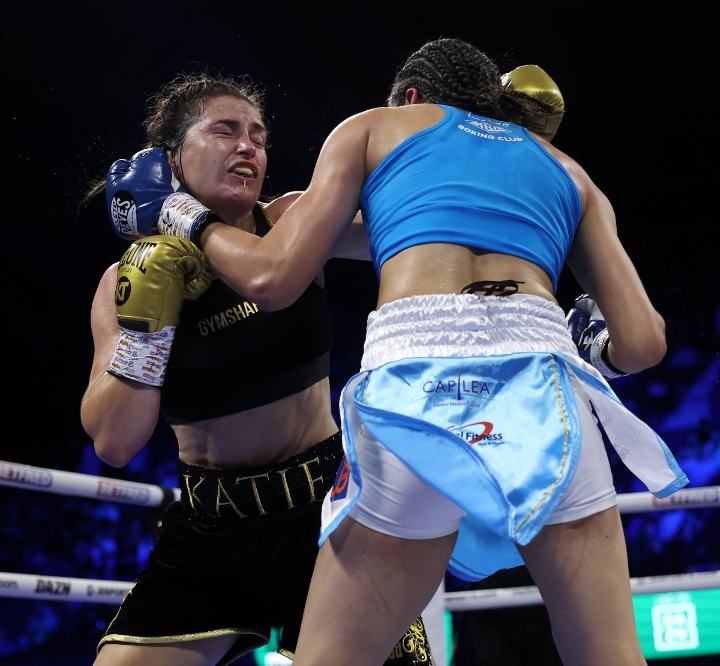 Taylor boxed well in the first three rounds, with Carabajal just a step behind. In the fourth, the fight became a brawl and Carabajal was able to land several hard shots during exchanges that Taylor certainly felt. 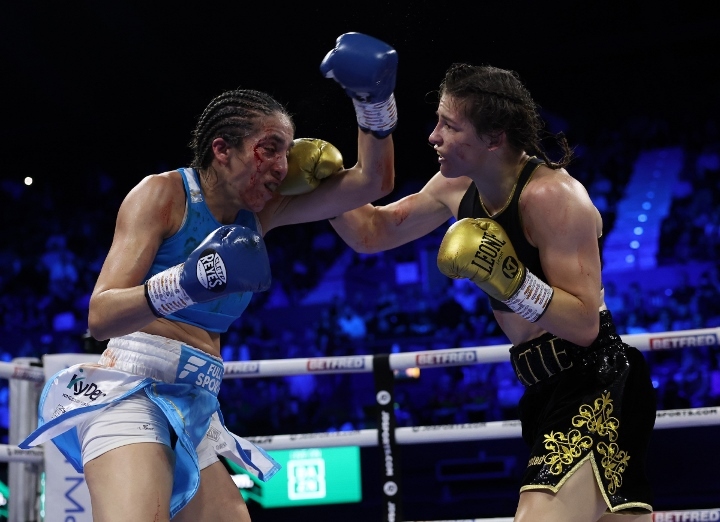 The fifth and sixth saw Taylor go back to boxing as Carabajal was looking for big shots. The speed and better accuracy was key for Taylor to have the edge in many of the rounds. Carabajal did better in the second half, but she missed her shots often and was also clipped by counters. 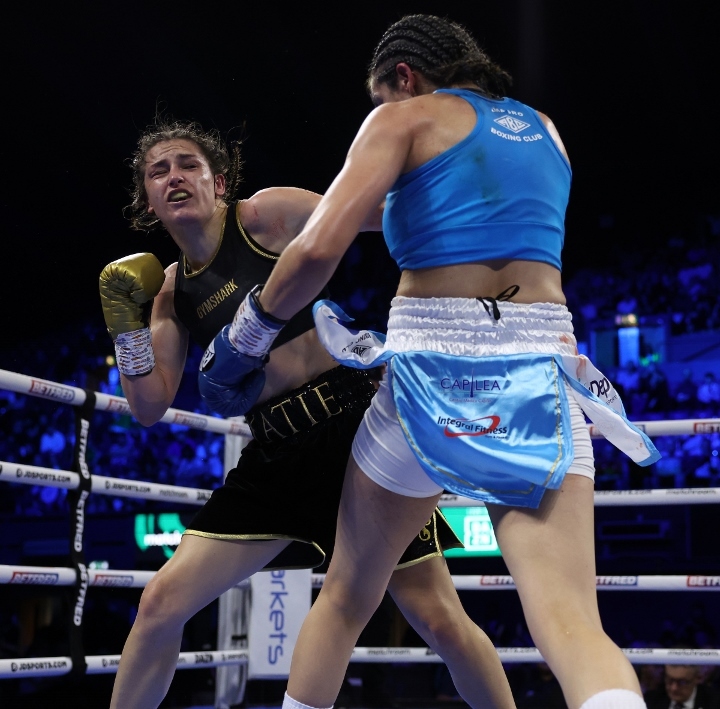 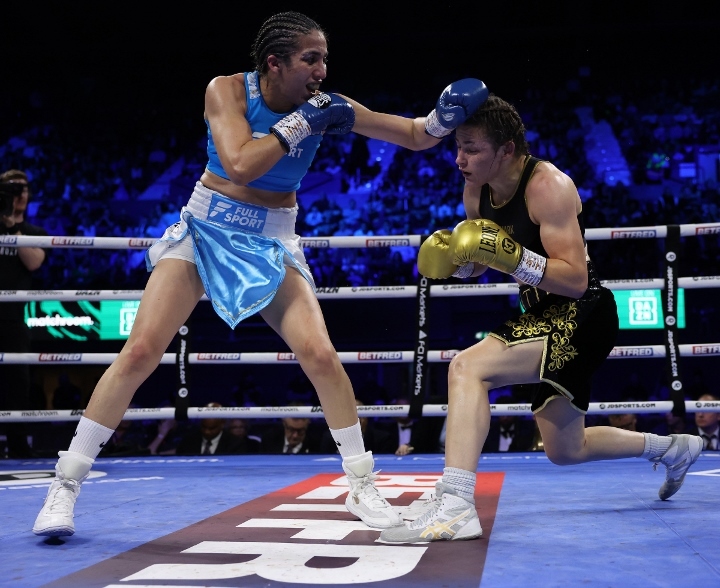 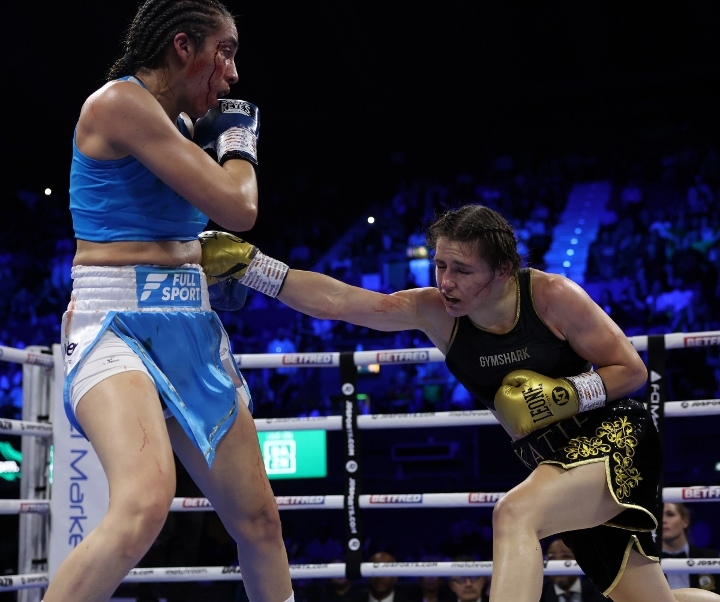 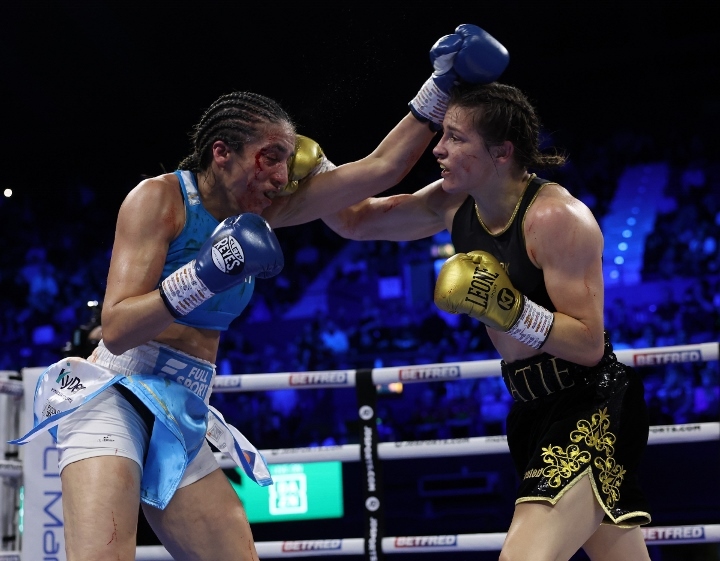 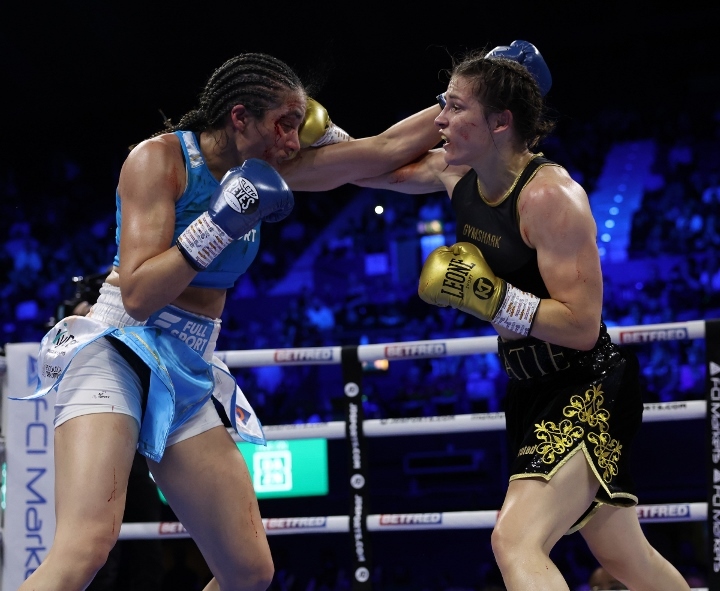 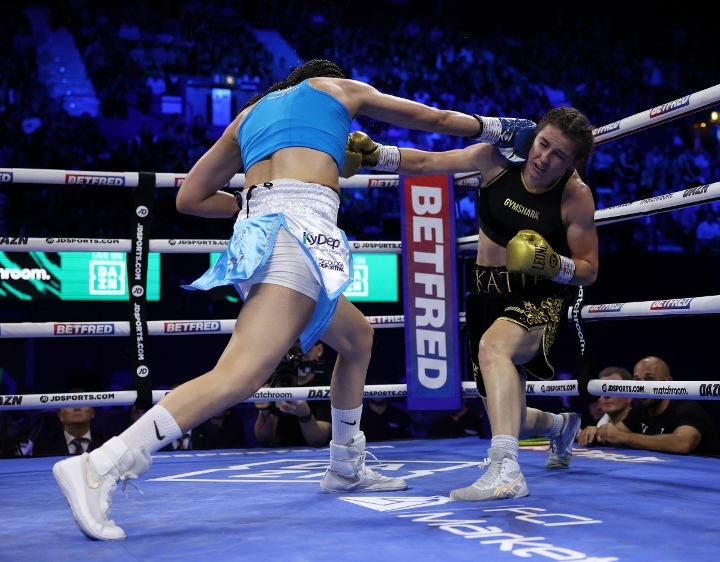 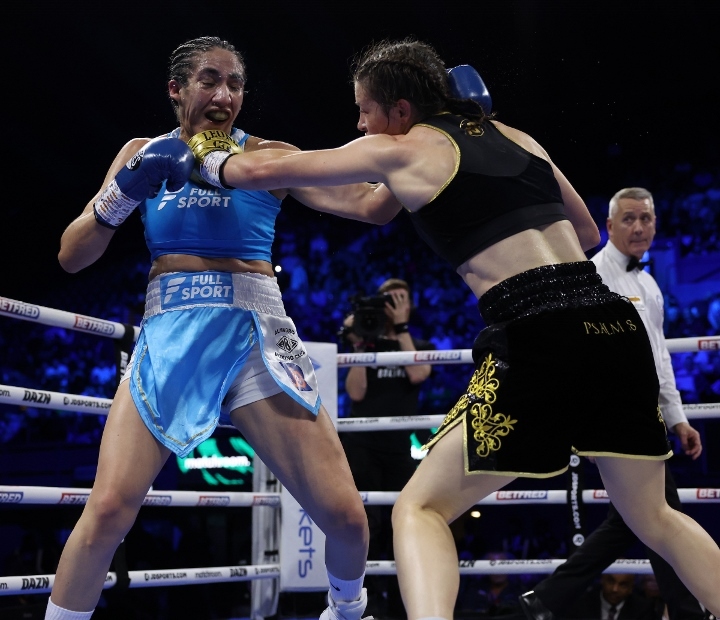 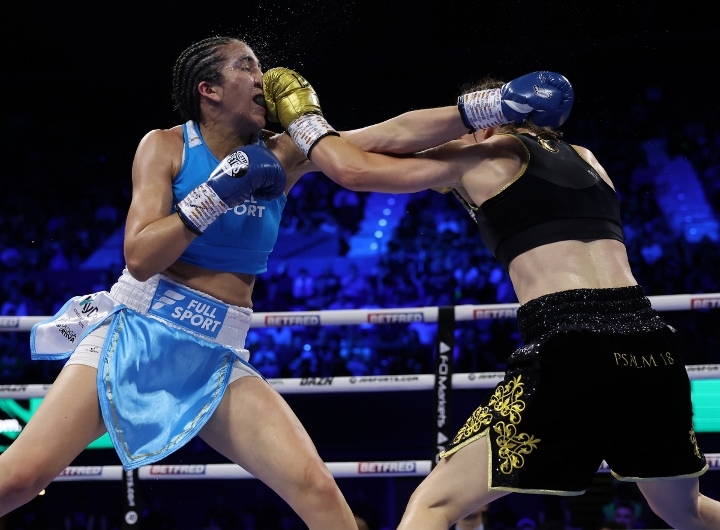 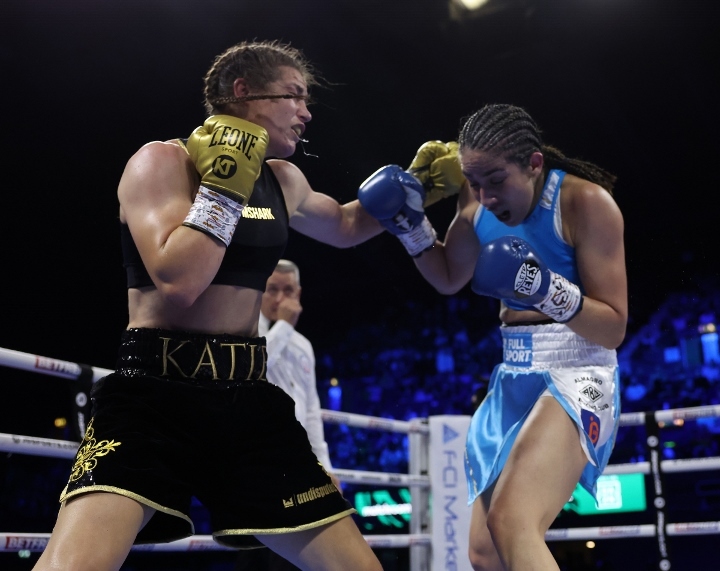 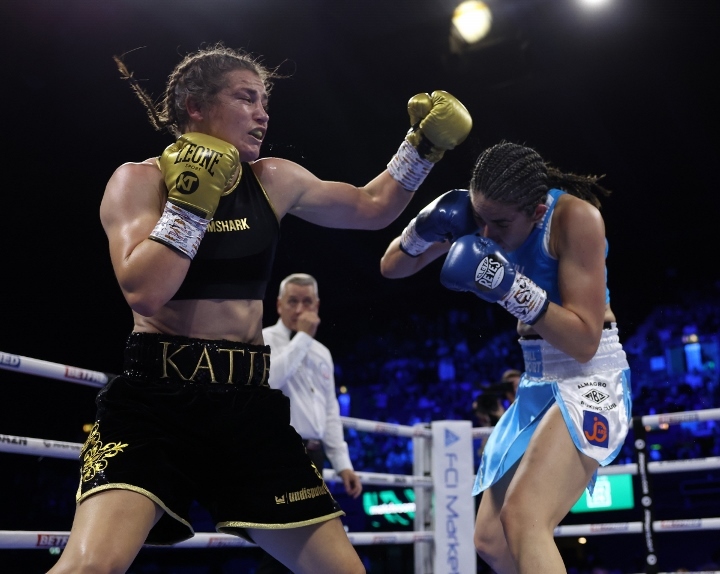 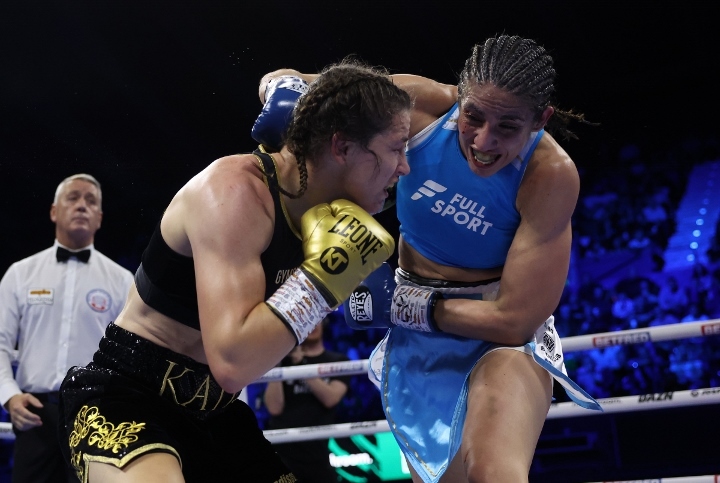 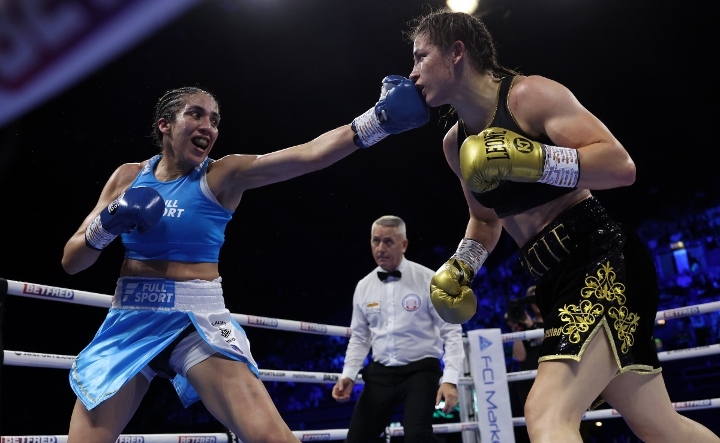 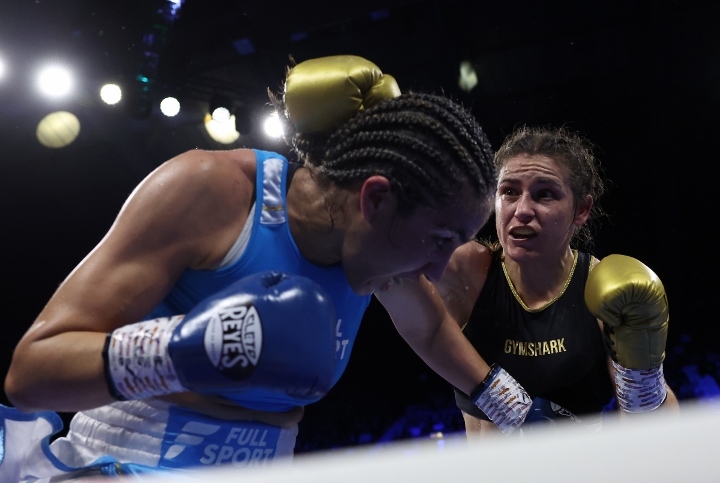 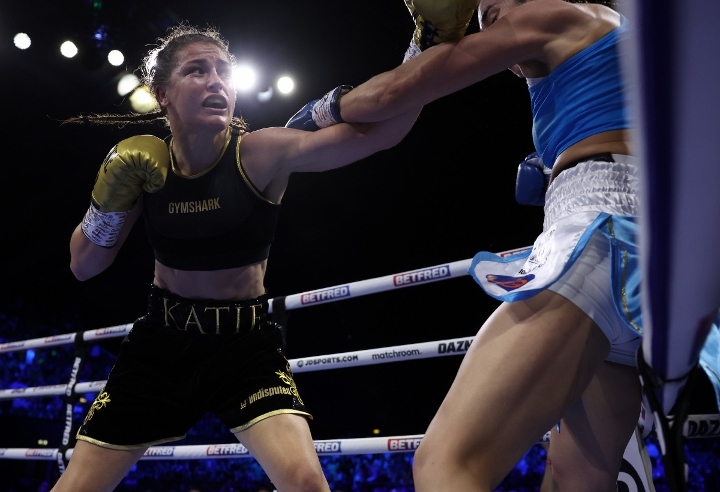 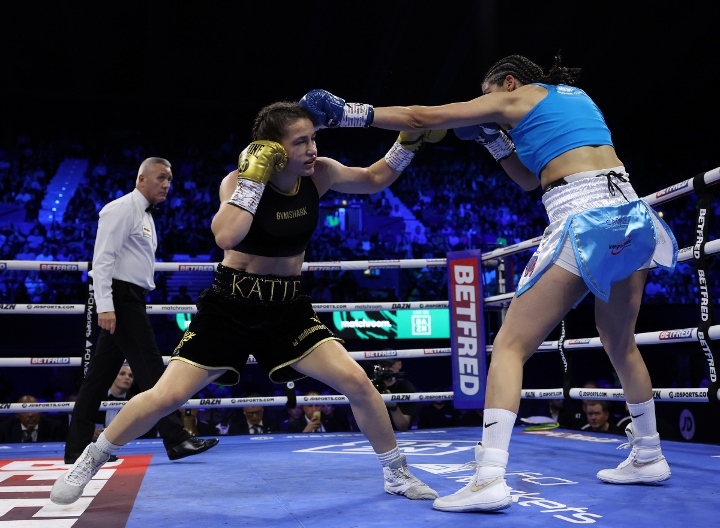 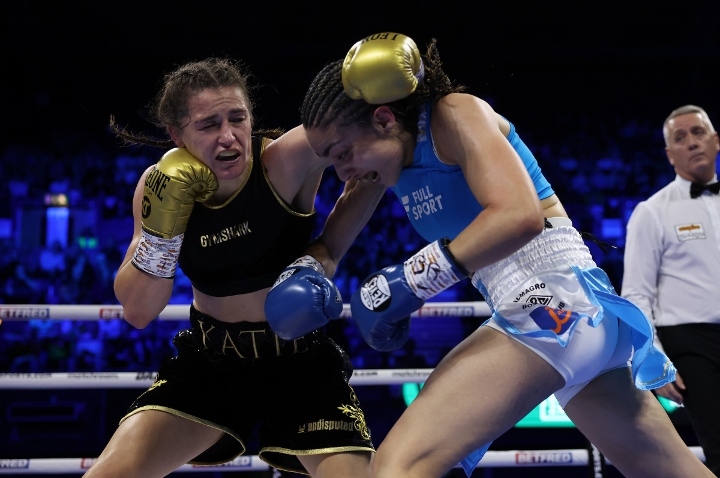 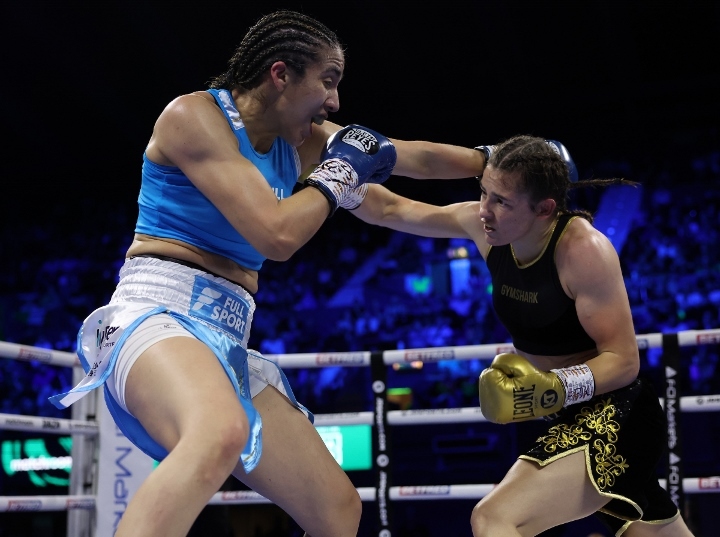 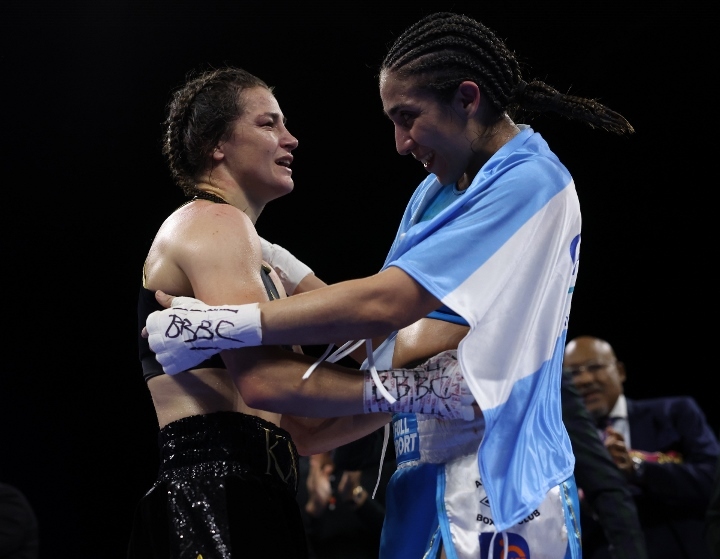 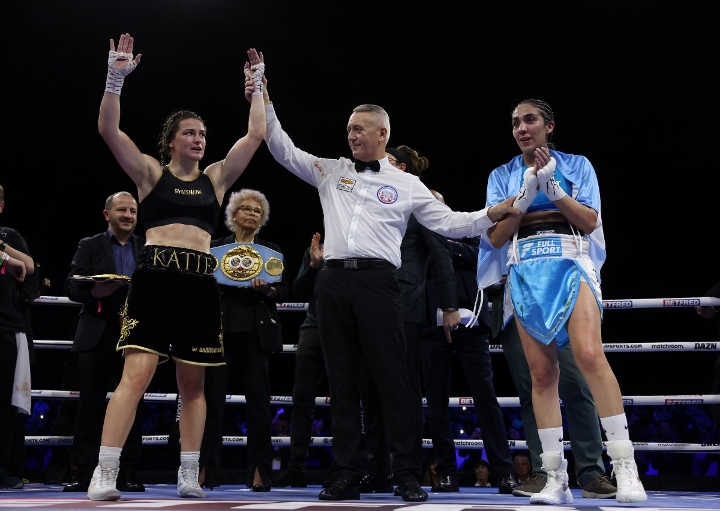 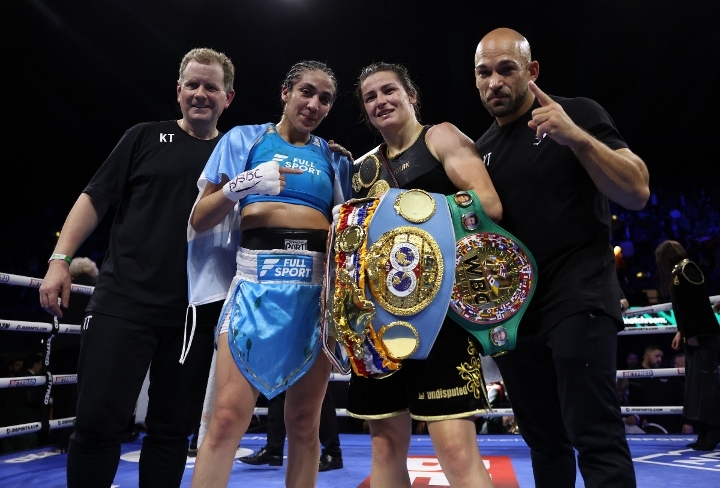 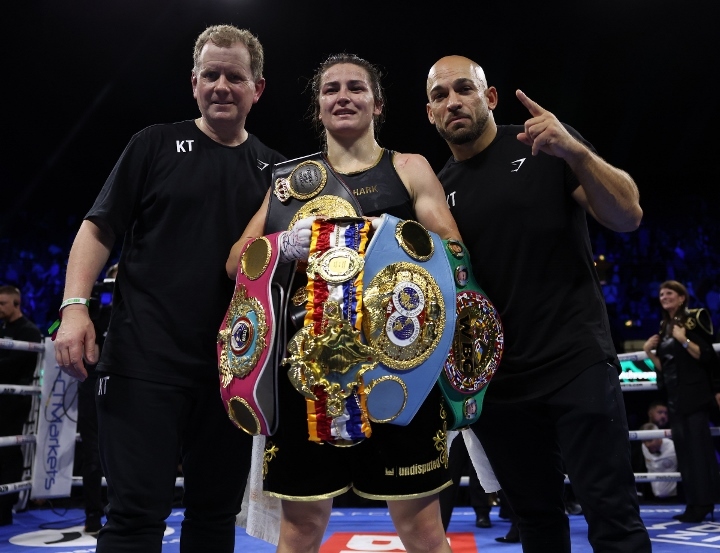 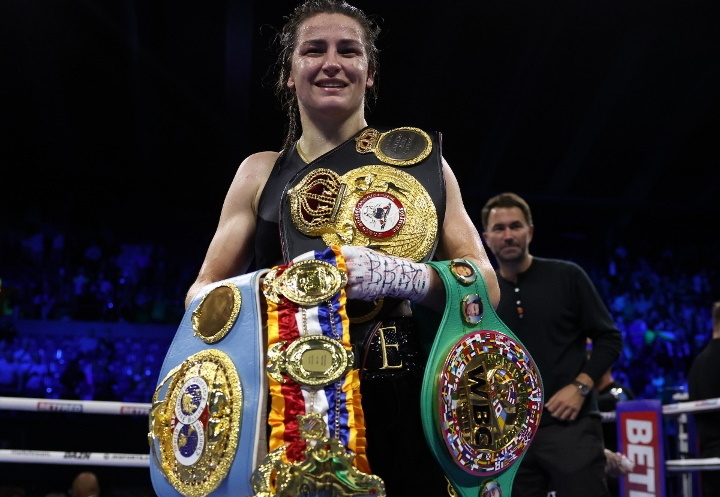