Herring (23-2, 11 KOs) has made three defenses of the title he won from Masayuki Ito in May 2019. Stevenson (16-0, 8 KOs), a 2016 Olympic silver medalist, is considered by many to be the heir to the pound-for-pound throne. He picked up the interim world title in June with a dominant decision over Jeremiah Nakathila. 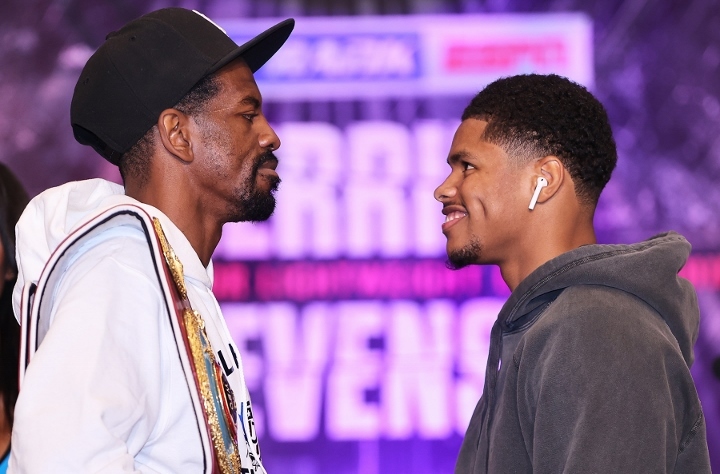 When Herring and Stevenson had their final faceoff, the fighters and their teams exchanged verbal barbs, with Stevenson grabbing Herring's belt on multiple occasions. They were separated and will resume the jawing at Friday's weigh-in. 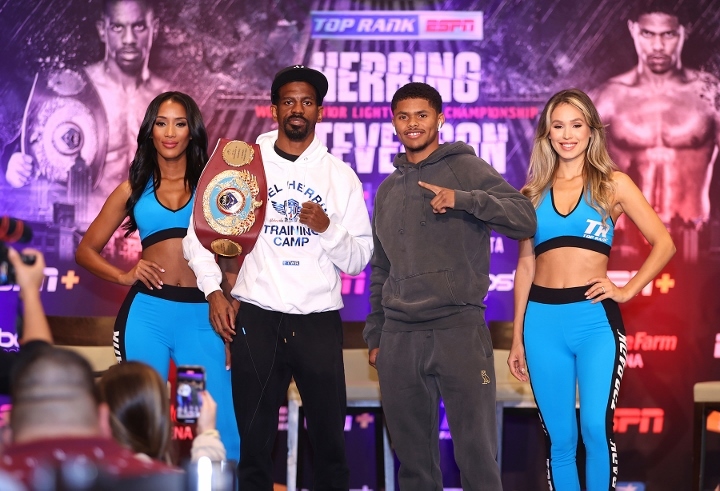 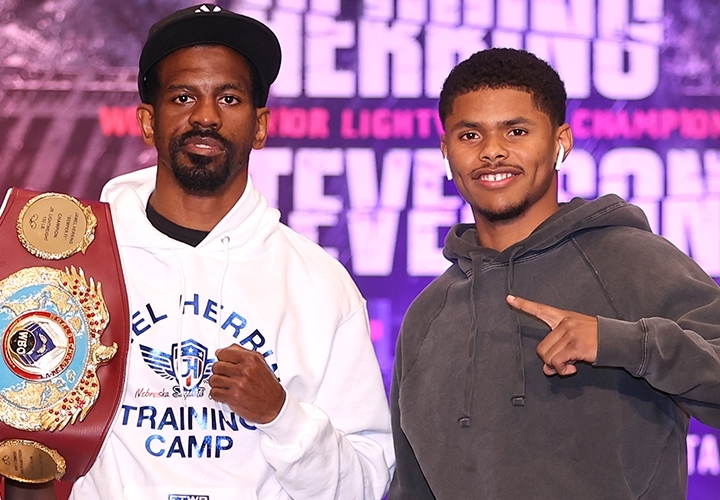 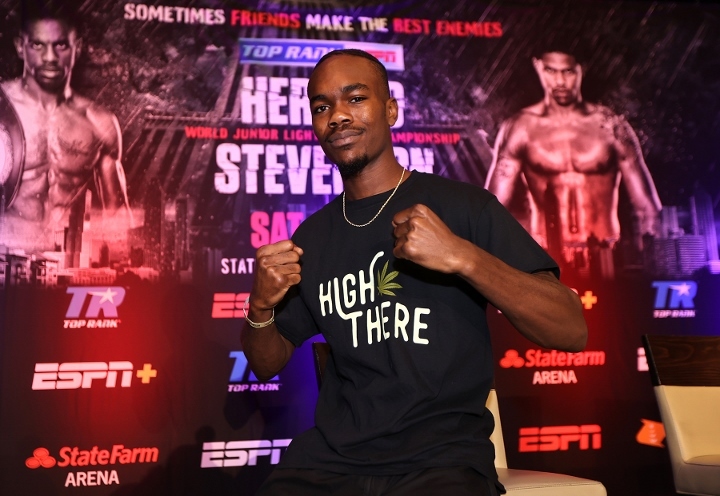 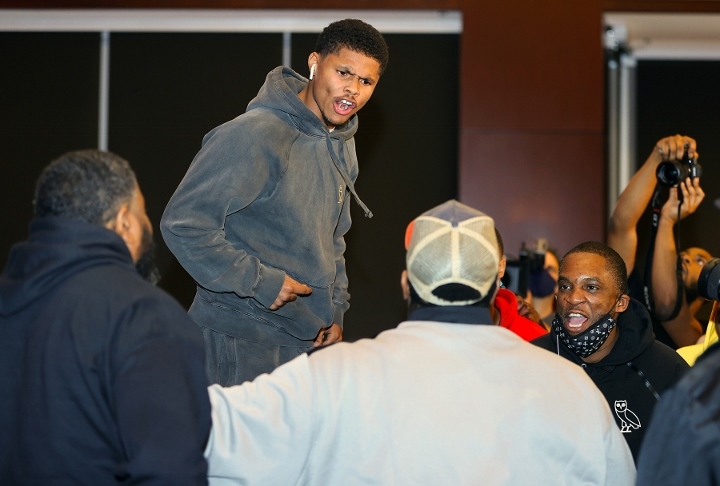 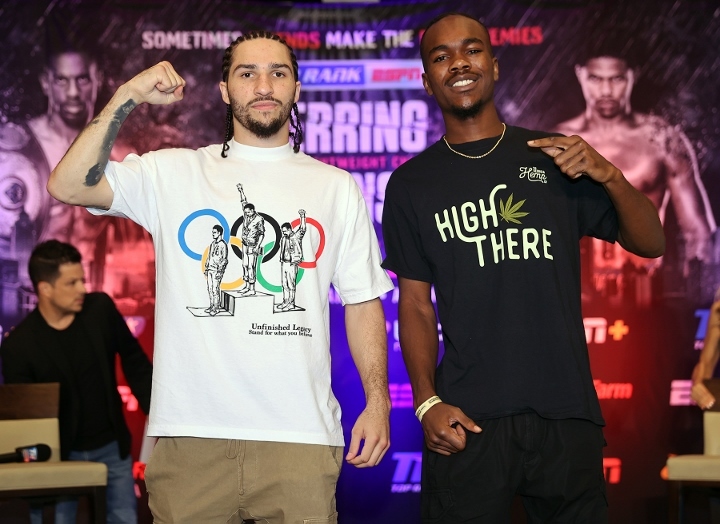 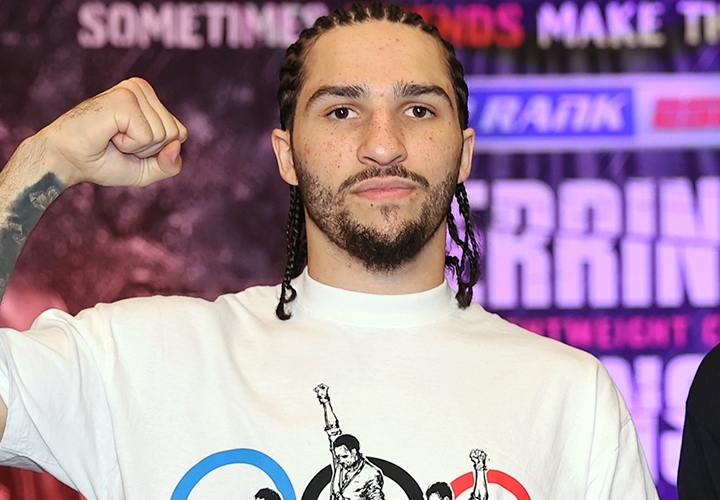 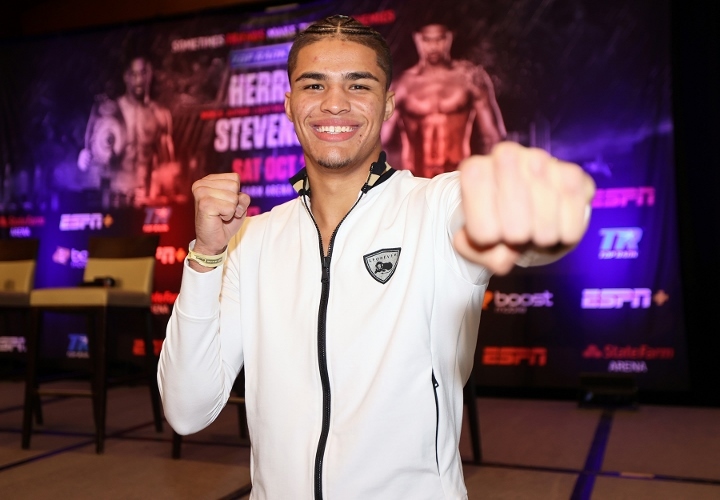