Photos: Frank Sanchez Blasts Julian Fernandez Out of The Ring

Heavyweight contender Frank Sanchez scored a dramatic knockout of Julian Fernandez in their 10-round heavyweight fight at the Alamodome in San Antonio, Texas. (photos by Ed Mulholland). 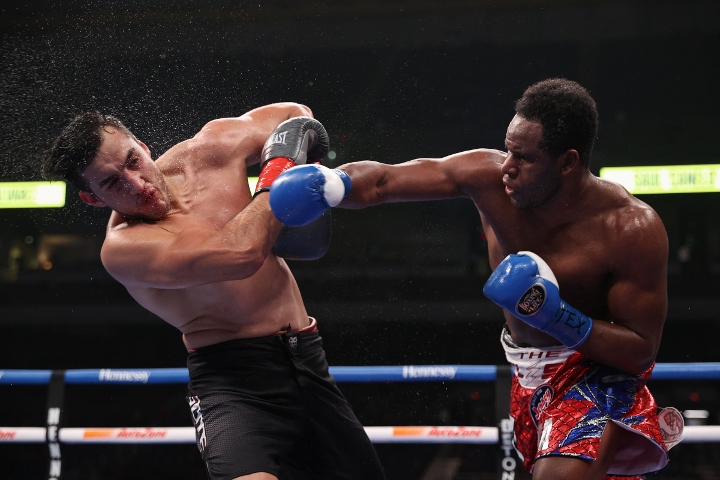 Sanchez, 28-years-old, picked up his 13th knockout while improving his undefeated record to 17-0. The 27-year-old Fernandez (14-3, 11 KOs) was knocked out for the third time in four years as a pro. 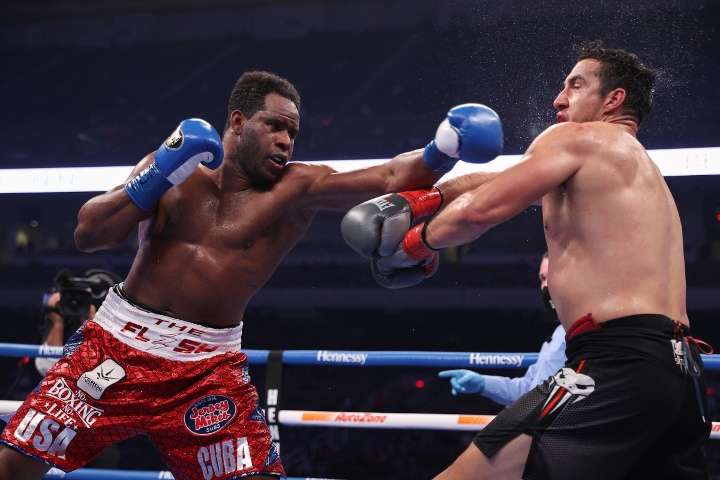 The skillful Sanchez mostly battered Fernandez before he knocked his opponent out of the ring just after the midway mark of the seventh round. Fernandez fell between the second and third ropes, onto the ring apron. 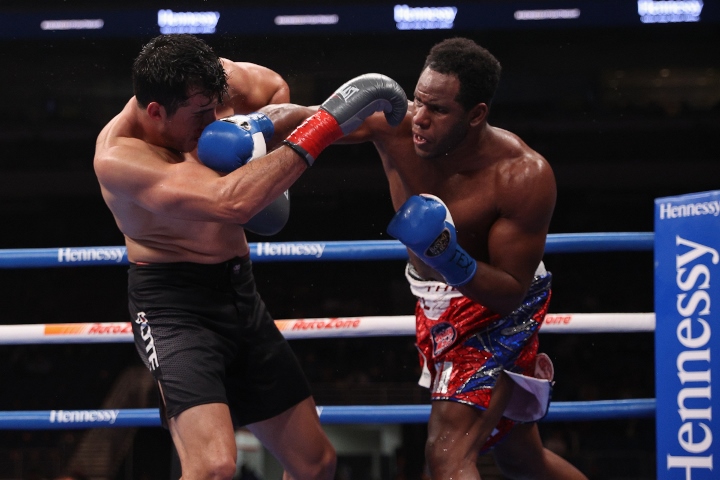 Referee Jon Schorle started to count, but he quickly realized Fernandez was in no condition to continue. The time of the stoppage was 1:35 of the seventh round. 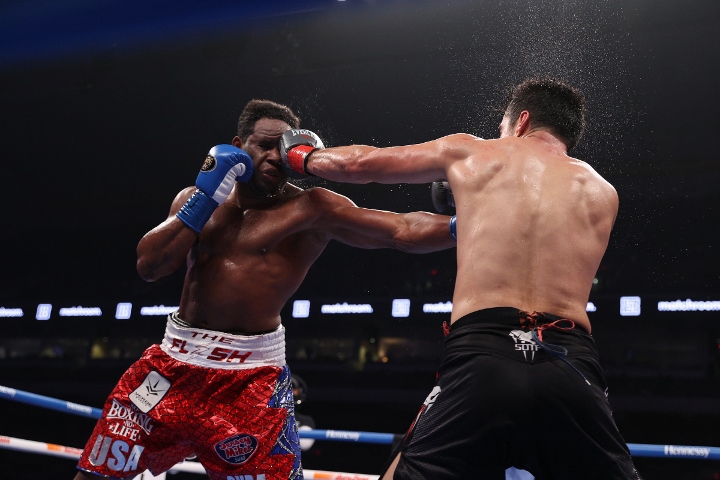 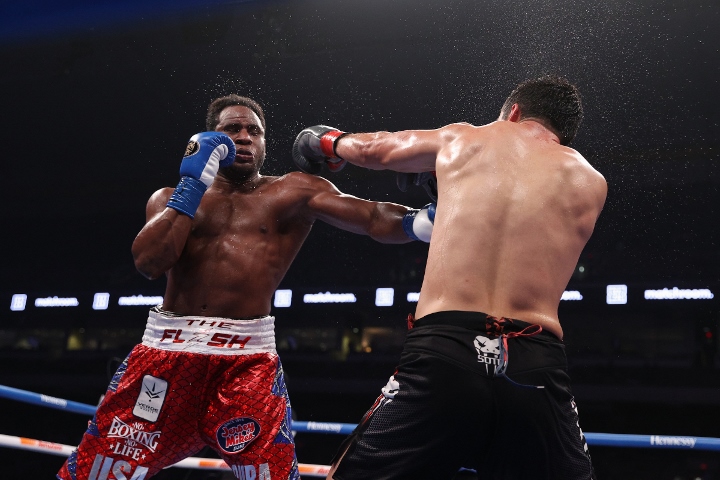 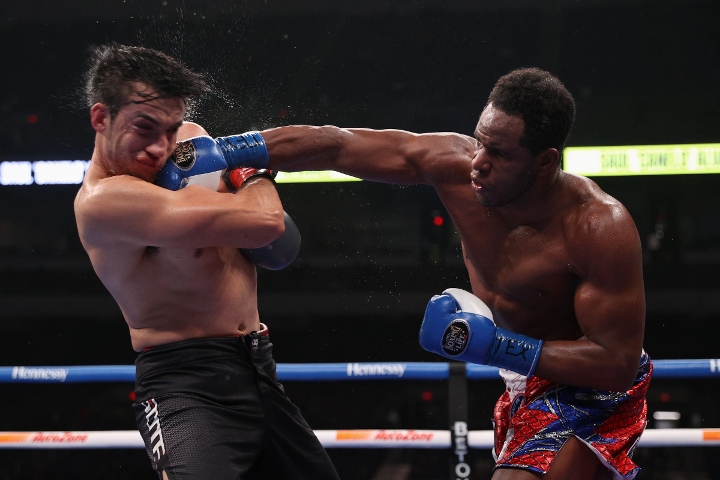 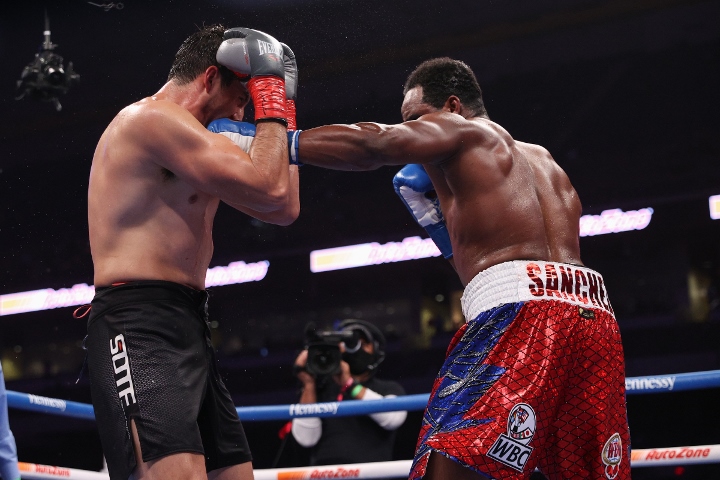 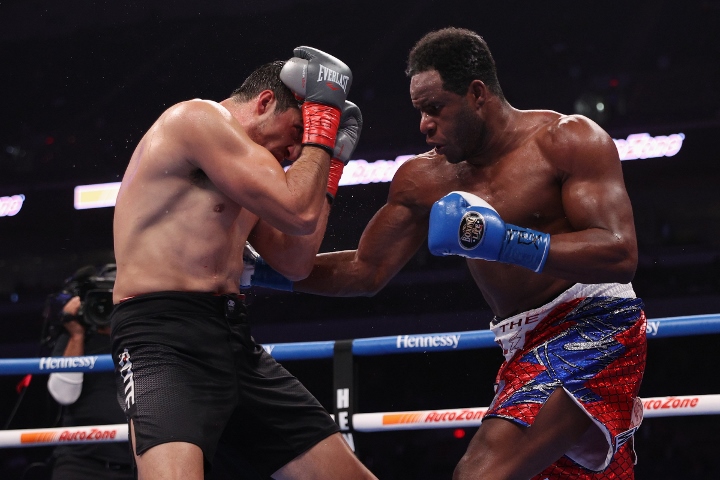 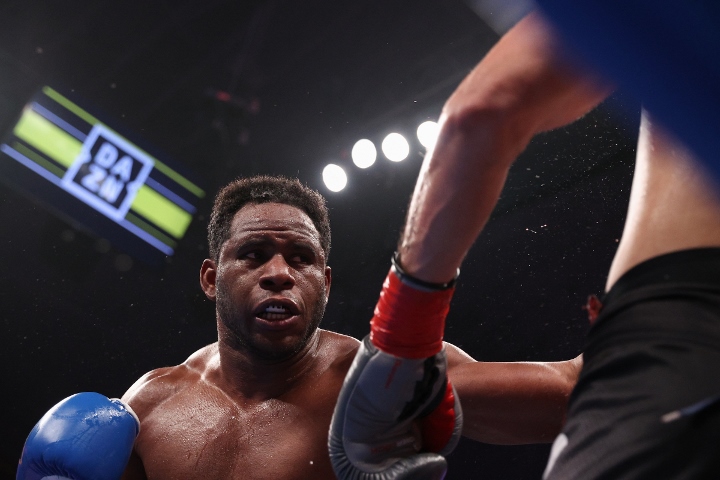 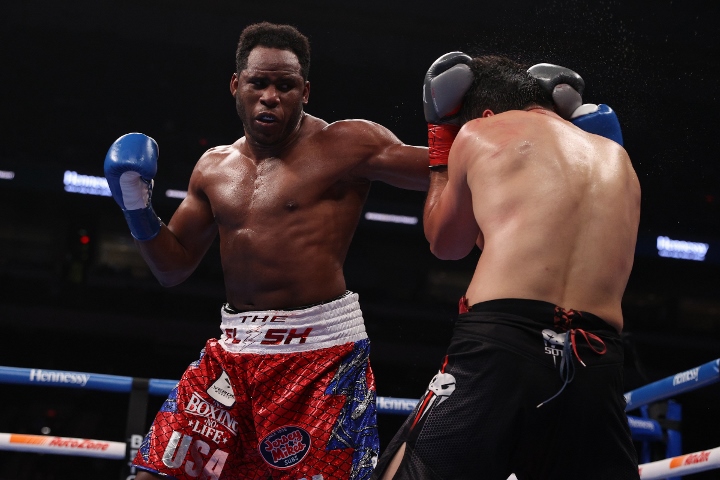 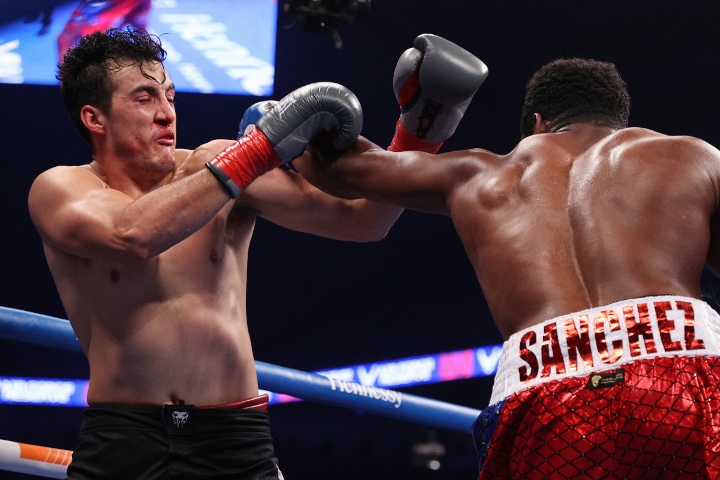 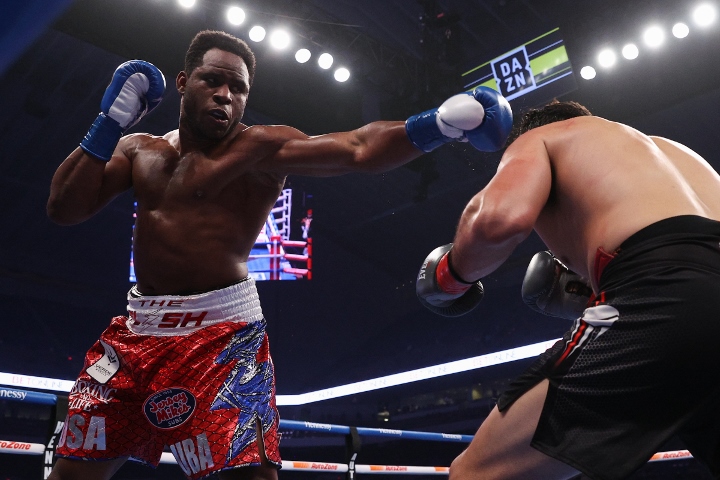 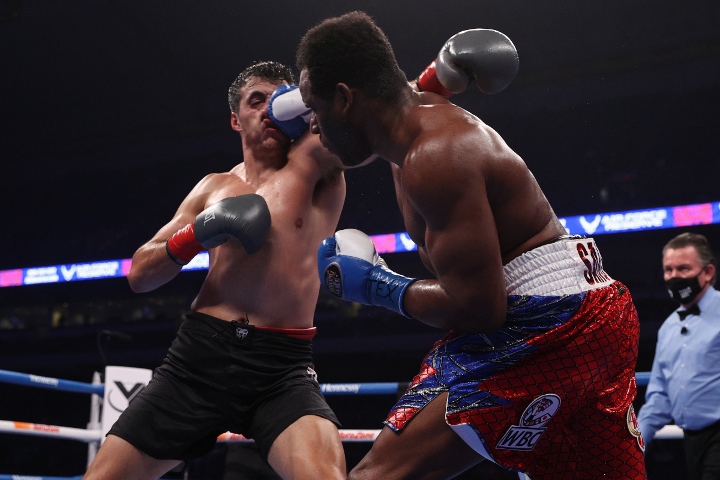 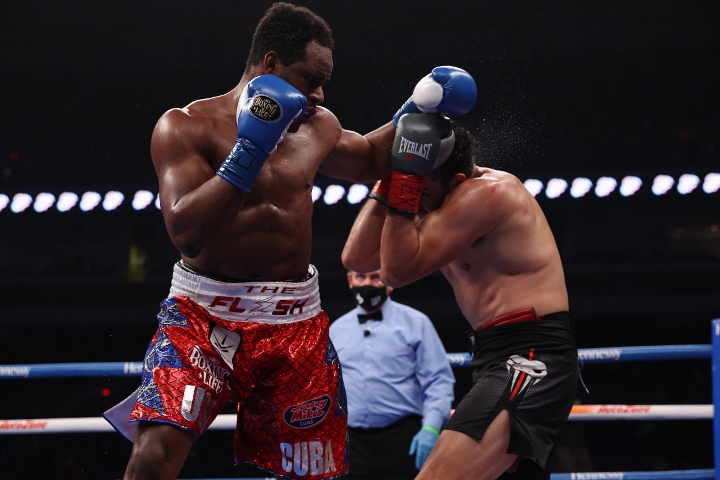 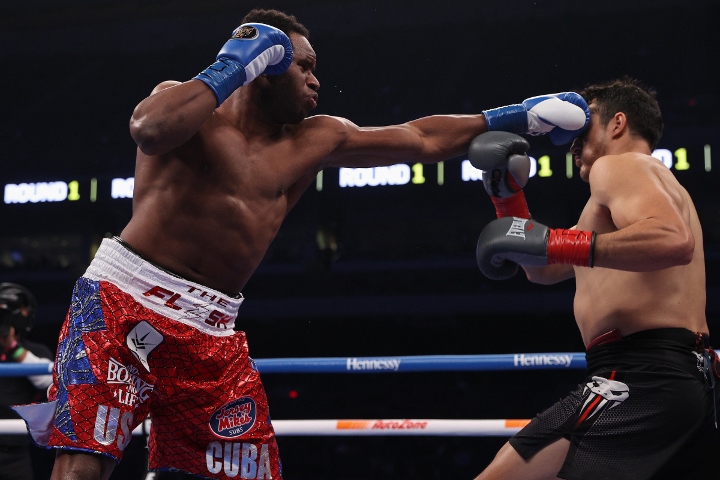 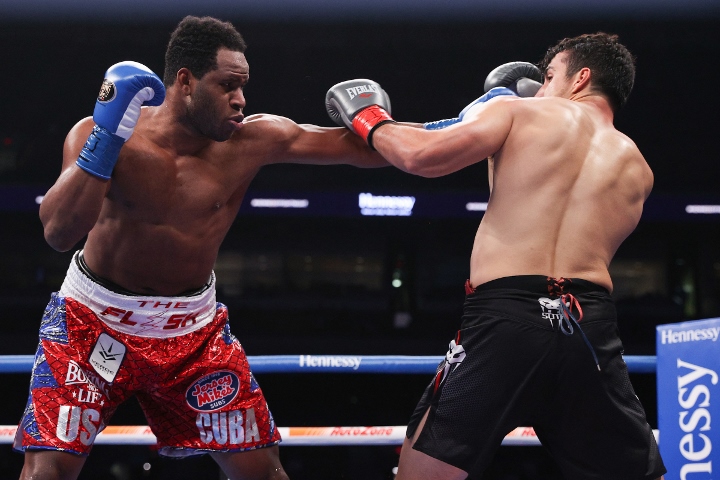 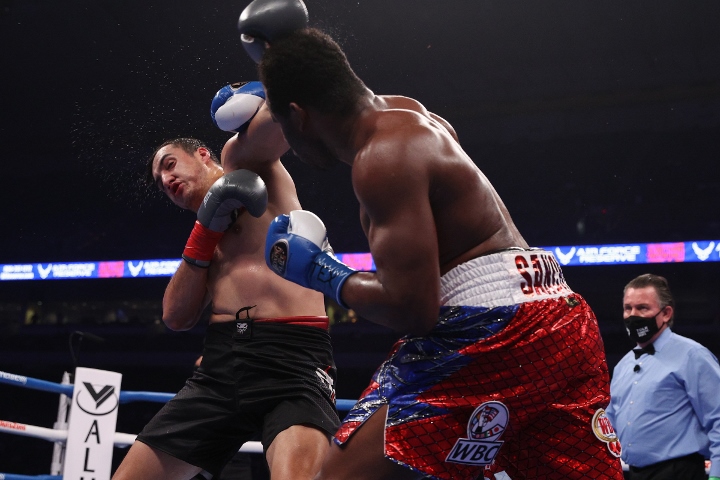 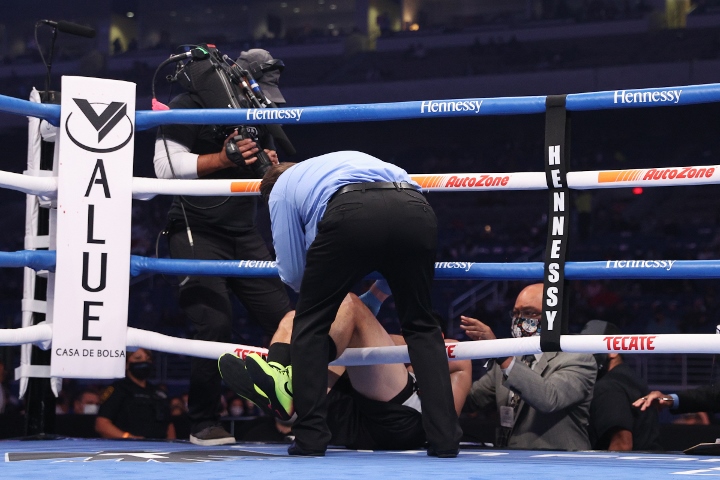 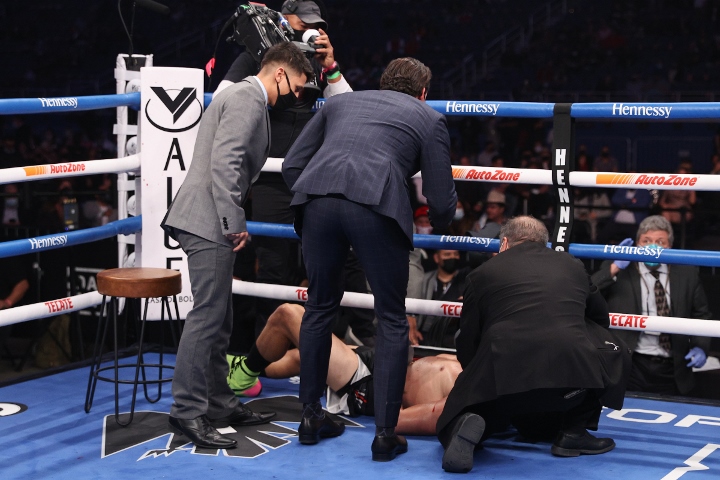 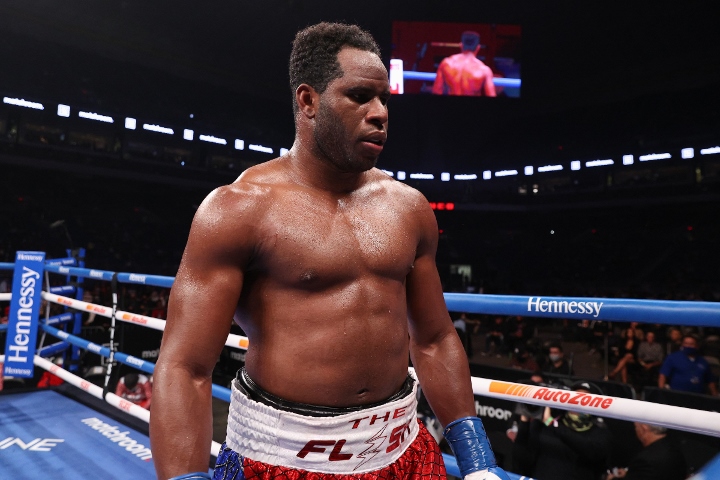 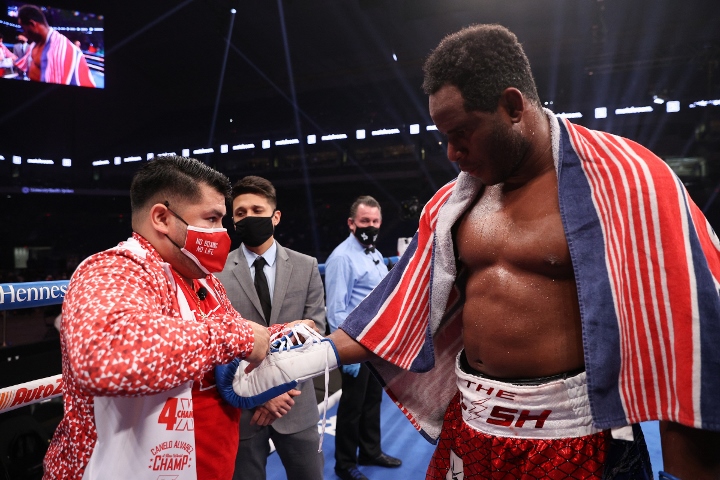 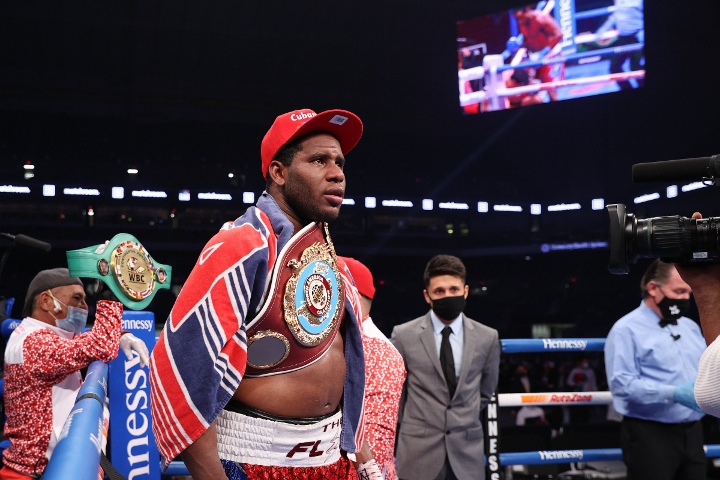 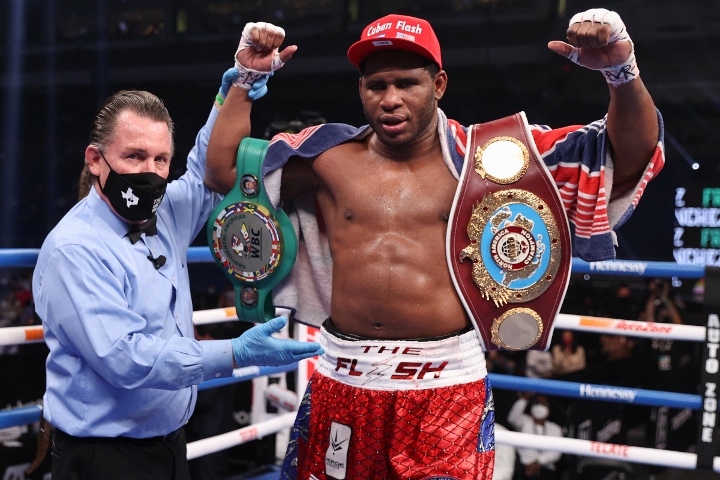 [QUOTE=hitmanjosh;20966970]To be honest he struggled and I can’t see him going to far so don’t bet $$$ on this guy![/QUOTE]He didn't struggled. He was too anxious and once he settled down, the fight was over. He was smothering himself in…

That Mexican dude got lucky that table was there . looked like he was gonna land on his neck or head and potentially die.

Sanchez looked poor but everyone has off nights and he seems to try way to hard to force stoppages which could be the problem. I still think he’s a better boxer then Ortiz but what he lacks is his timing…

The best fight on this card. Main even sucked, lol.

Against an overblown cruiserweight i expected more from Frank Sanchez.