Former five division world champion Floyd “Money” Mayweather and RIZIN held a press conference in Las Vegas on Monday night to officially announce the Hall of Fame boxer’s next bout, which will take place in an exhibition against Japanese star and two-weight MMA champion Mikuru Asakura this September on RIZIN in Japan. (photos by RIZIN) 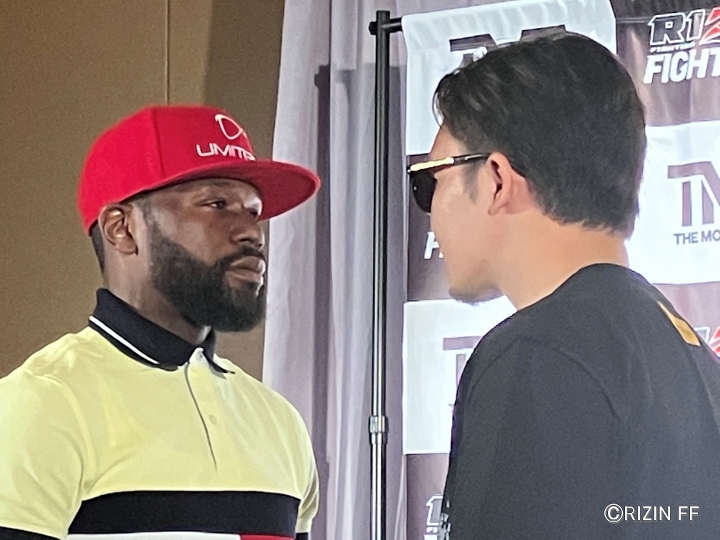 Fresh off of his induction into the International Boxing Hall of Fame this past weekend, Mayweather previewed his return to Japan on Monday alongside RIZIN CEO Nobuyuki Sakakibara and Asakura. 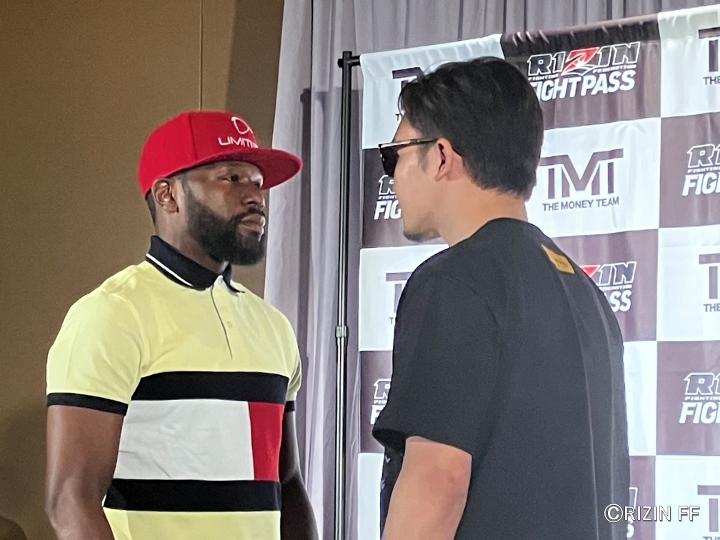 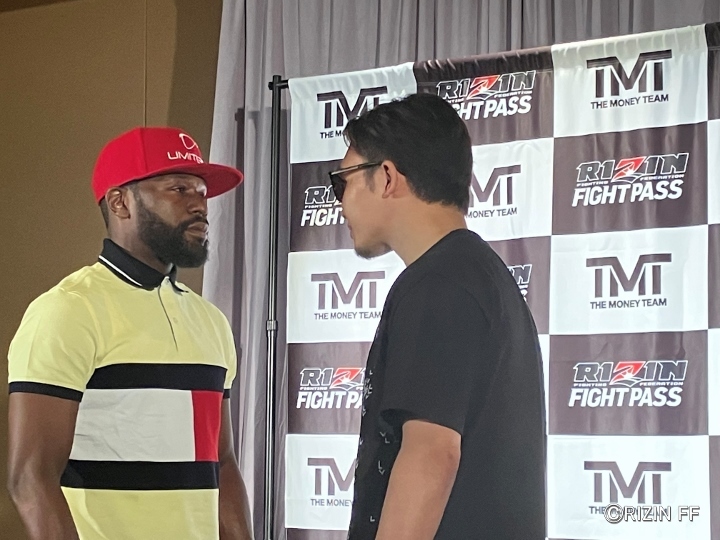 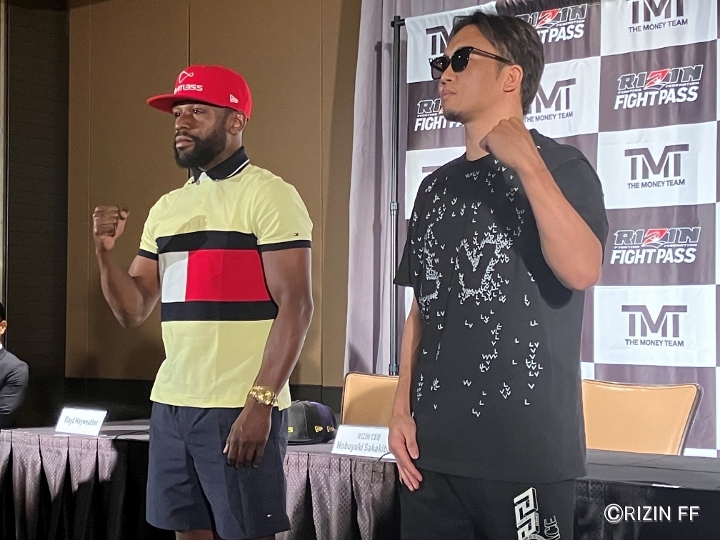 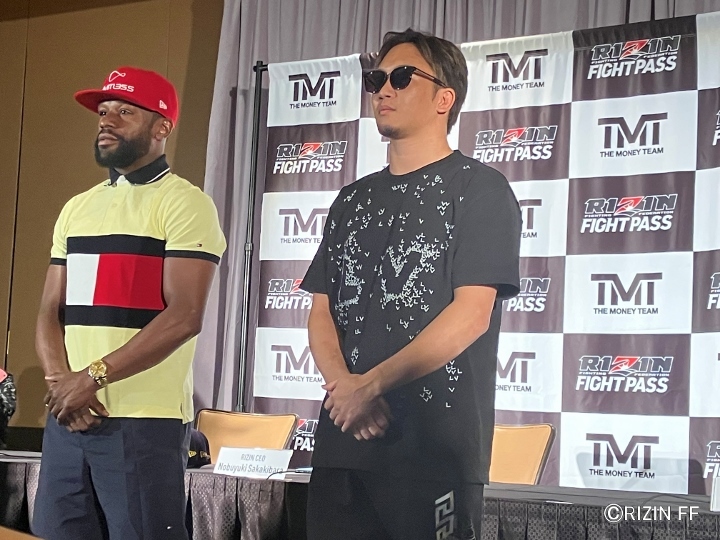 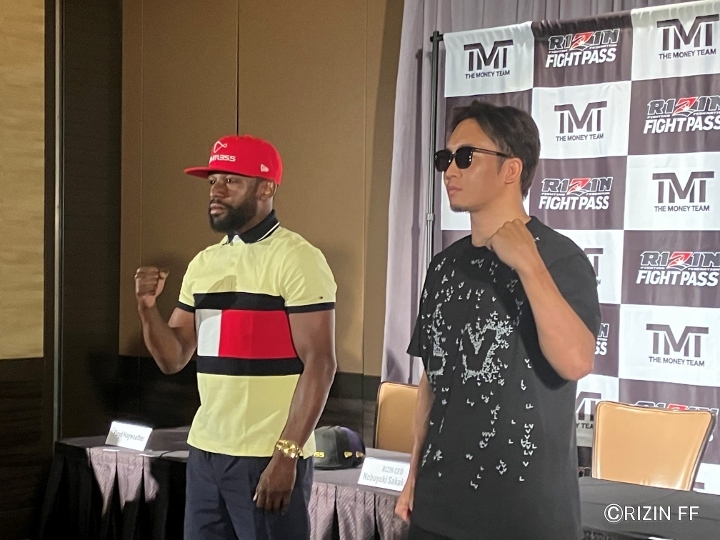 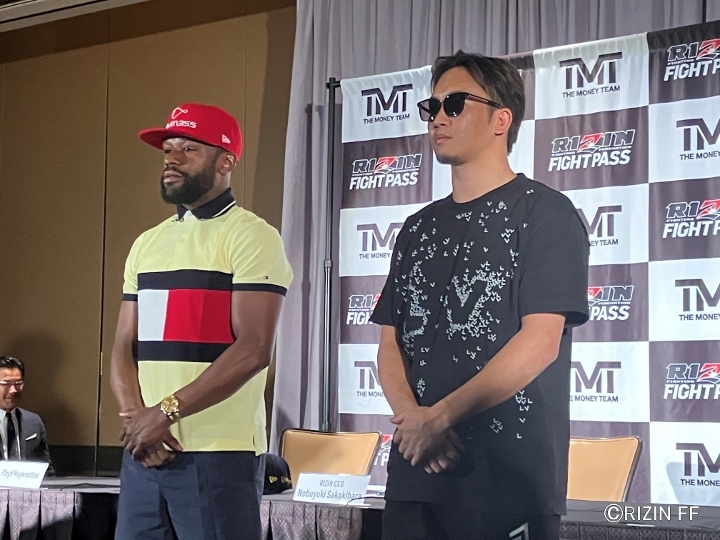 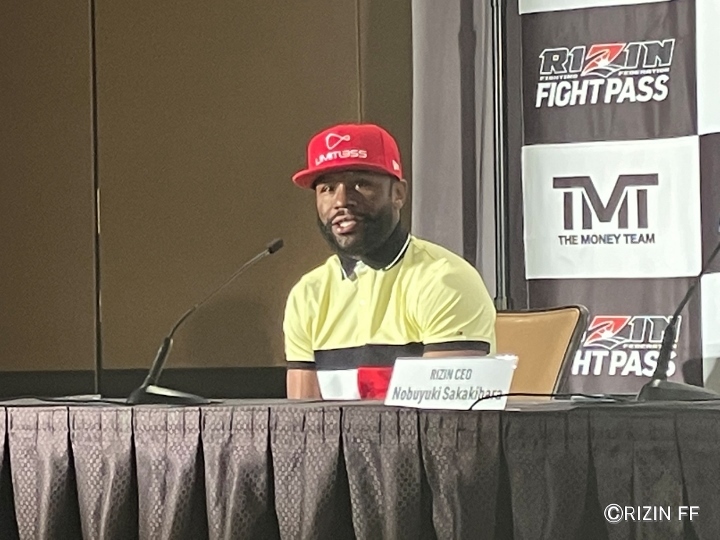 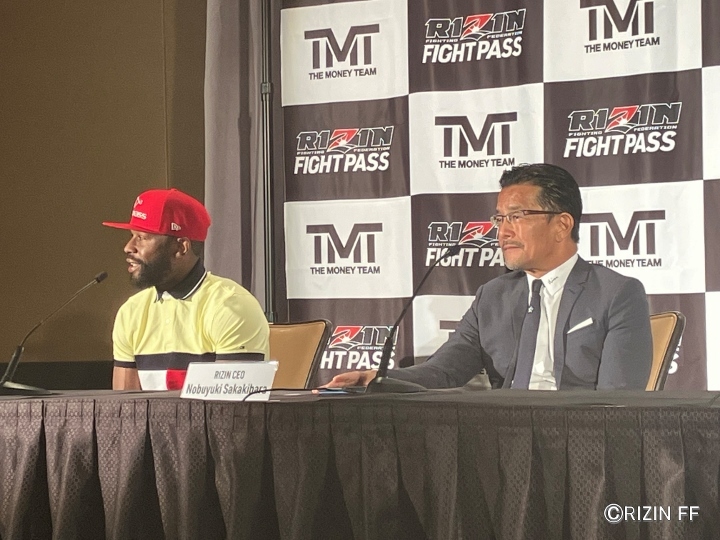 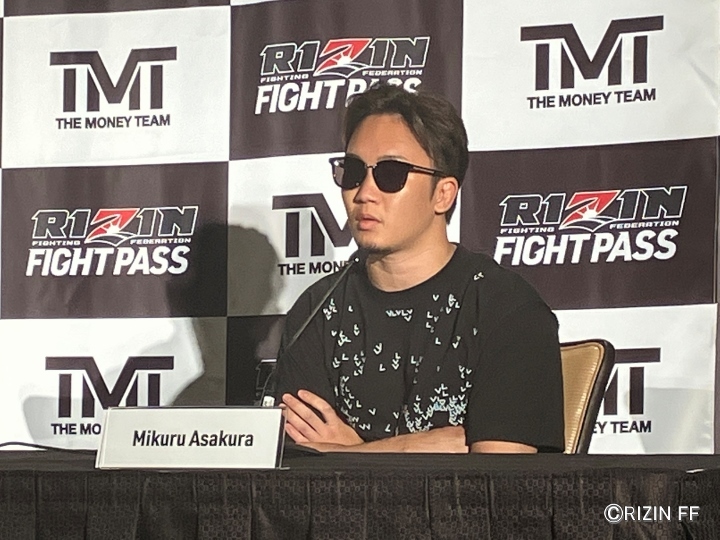 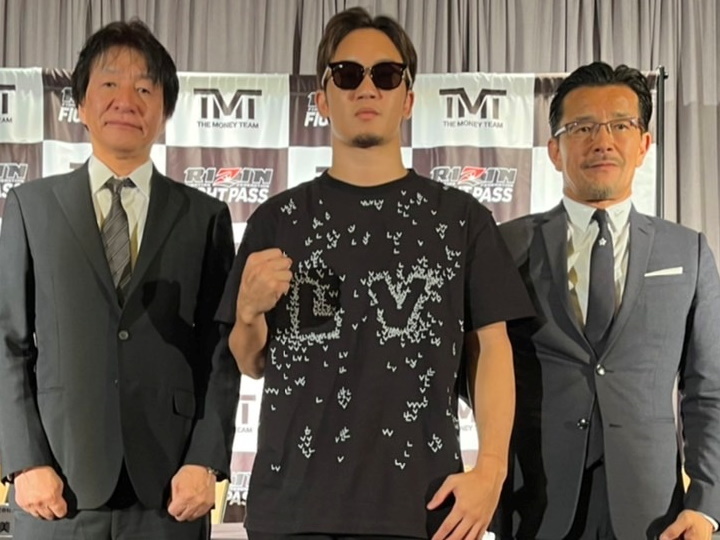