MACAO  -   New Years celebrations in awesome Macao got much more exciting as champions and  challengers made weight for the triple world title header tomorrow (Dec 31) at the plush Whynn Palace Cotai here in the "Vegas of Asia." 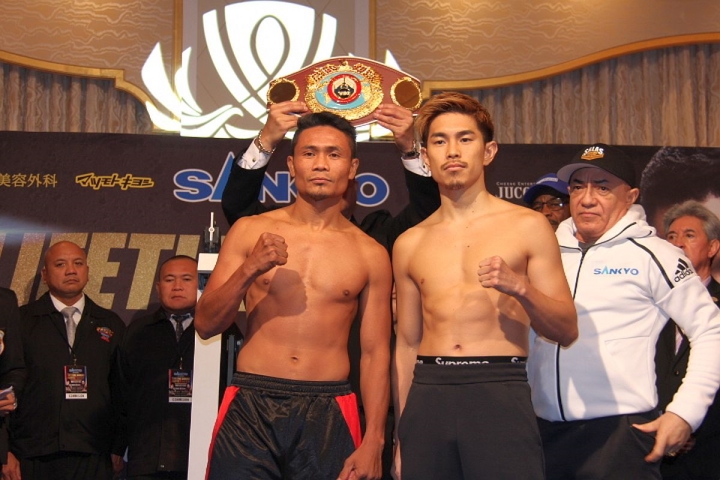 Ioka, 29, handled by boxing manager Taku Nagashima, aims at becoming the first Japanese boxer in history to claim world titles in four weight classes; while the veteran, ring-savvy Donnie Nietes, 36, guns at cementing his legacy as one of the most durable and consistent Filipino boxing champions in history. 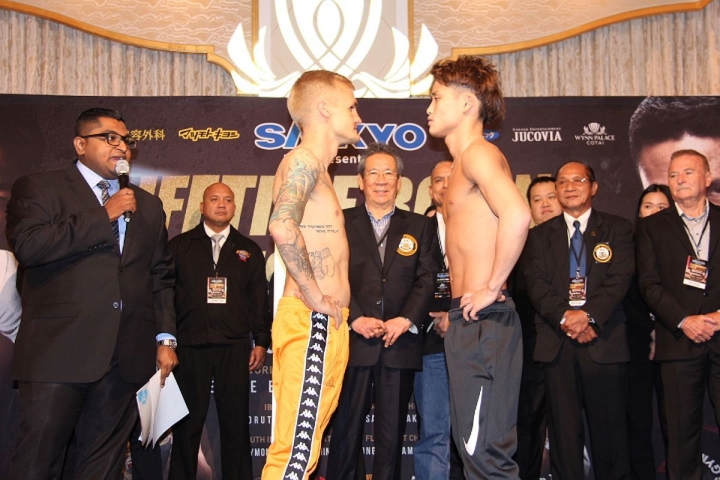 In the co-main feature, cool 2-division beltholder Hekkie Budler (32-3, 10 KO's) one of the most popular fighters to come out of South Africa scaled-in at 106.8 pounds to defend his WBA Light Flyweight World Title against unbeaten, dangerous former IBF Minimumweight World Champion Hiroto Kyoguchi (11-0, 8 KO's) who came-in at 107.8 lbs.

It's a classic match of the classy, tactical stylist (Budler), against Kyoguchi, a warrior who can press forward, searching for his opponent's demise, most of the times getting it. 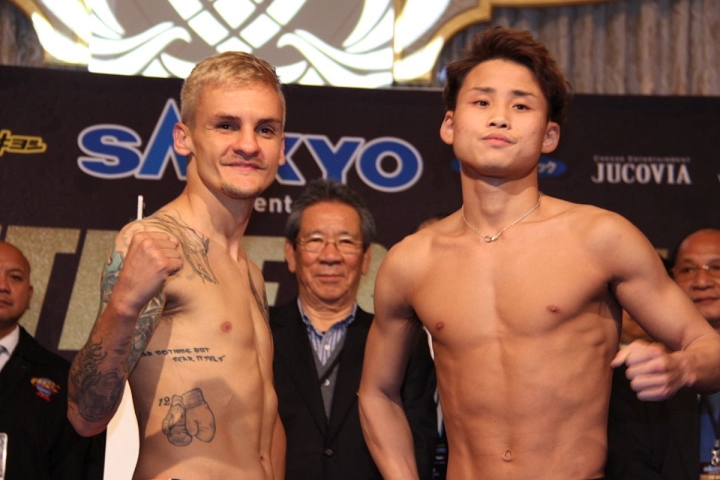 Budler, 30, however, knows his craft.   He comes from dethroning tough-as-nails Ryoichi Taguchi (27-3-2, 12 KO's) last July in a high-caliber, intense, close, blow-by-blow 12-rounder war that the talented South African won with heart and toughness by a razor-thin margin.

On the other corner, Kyoguchi, 25, is here in Macao after ravaging unbeaten Indonesian Tibo Monabesa (18-1-2, 8 KO's) last September, stopping him in four, and now the undefeated Japanese wants to scalp the very accomplished Hekkie Budler, not an easy feat.      What will happen? 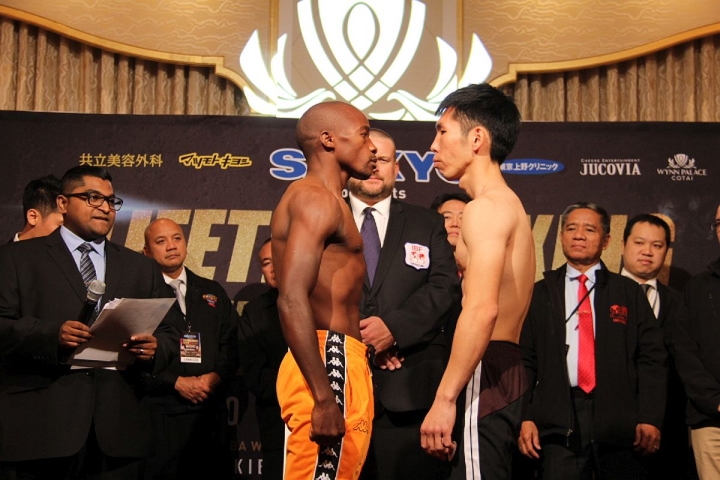 For the third world title clash this New Year's Eve here at the plush Wynn Palace Cotai in Macao, veteran South African Moruti "Babyface" Mthalane (36-2, 24 KO's) tipped the scales at 111. 5 pounds for the title defense of his IBF Flyweight World Strap against 27 year-old tough brawler Masahiro Sakamoto (13-1, 9 KO's) of Japan who made 111.5 pounds

In his last battle, Moruti Mthalane survived a rough eleventh round knock down and furious attack from opponent Muhammad Waseem (8-1, 6 KO's) to win his IBF belt in close unanimous decision last July in Malaysia. 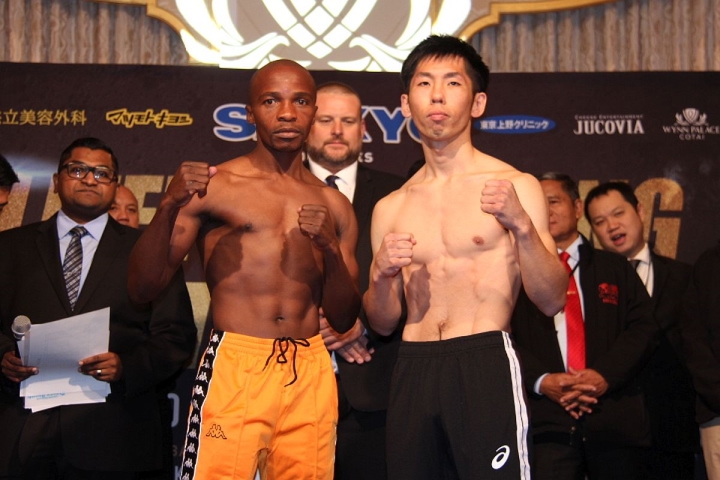 Now the man in front is heavy-handed Masahiro Sakamoto.

"I ready for him for Sakamoto," shared Mthalane, standing besides his trainer, top South African coach Colin Nathan.

Will the veteran Mthalane still has the necessary weaponry to deal with the glory-hungry Japanese challenger?

This triple world title event in Macao, China, on New Year's Eve is an effort of Tom Loeffler’s 360 Promotions who was in attendance at the weigh-in.

The author Carlos Costa is a Panama-born boxingscene.com fight reporter based in Cebu, Philippines.    He is attending this boxing card in Macao.  Carlos can be reached by email Carlos512@hotmail.com and Whatsapp:  +639184538152.