James DeGale and Chris Eubank Jr. squared up on top of the world-famous O2 today ahead of their much-anticipated fight inside the arena on February 23. (photos by Lawrence Lustig).

Going toe-to-toe with the stunning London skyline as the backdrop, the pair faced off 52 metres above ground level on the Up At The O2 walkway - with the city’s brooding clouds a perfect match for the fight’s title - A Storm Is Coming. 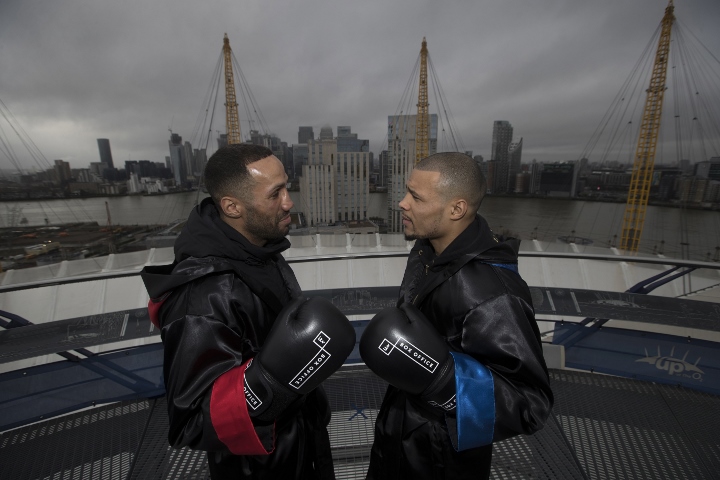 The boxers set foot on the landmark’s famous canvas roof as they count down the weeks before they enter the ring staged beneath it on 23 February where they will each aim to send the other tumbling to the canvas in defeat. 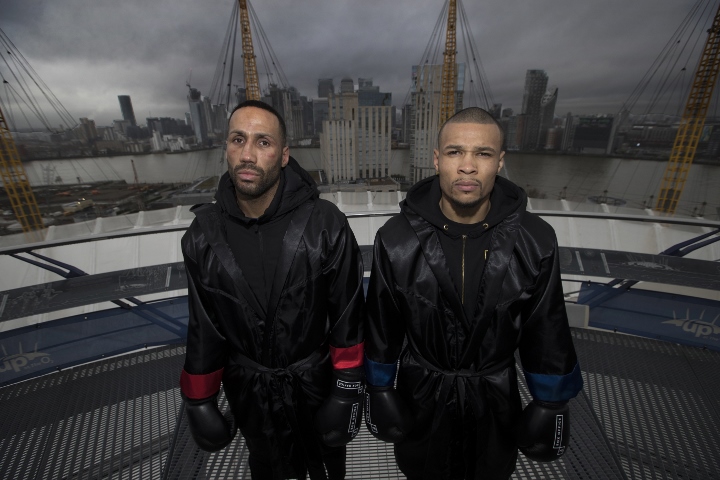 Donning ITV Box Office-branded robes and gloves for the event, the fighters continued the build-up to their electrifying Super Middleweight clash with a few words to each other as they were filmed by a drone as part of the channel’s fight promotion ahead of its exclusive live coverage. 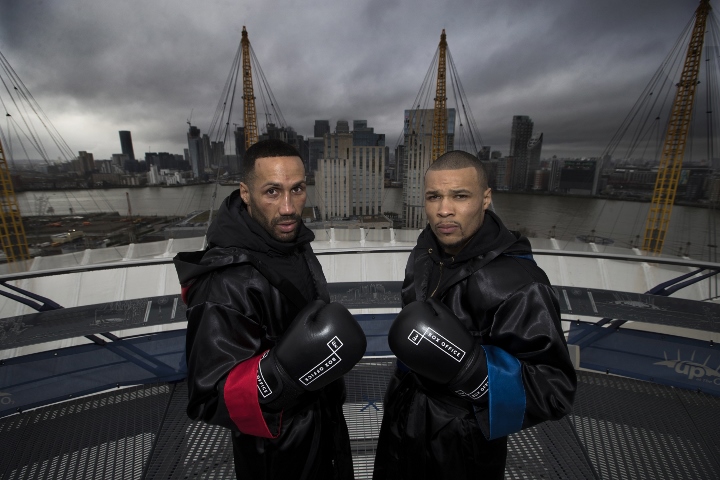 James DeGale said: “This is a great view - but the best sight for me will be when the referee raises my arm at the end of the fight. By knockout or points, either way I’m leaving the ring the winner.  Having the London skyline as the backdrop is entirely appropriate - I’m aiming for the stars, but first I aim to conquer Chris Eubank at The O2."

Chris Eubank Jr said: “I’m right at the the top of my game - and I want the city to shake with the impact of my punches. The only view that’s going to stick in his mind is looking up at me from the canvas after I lay him out.” 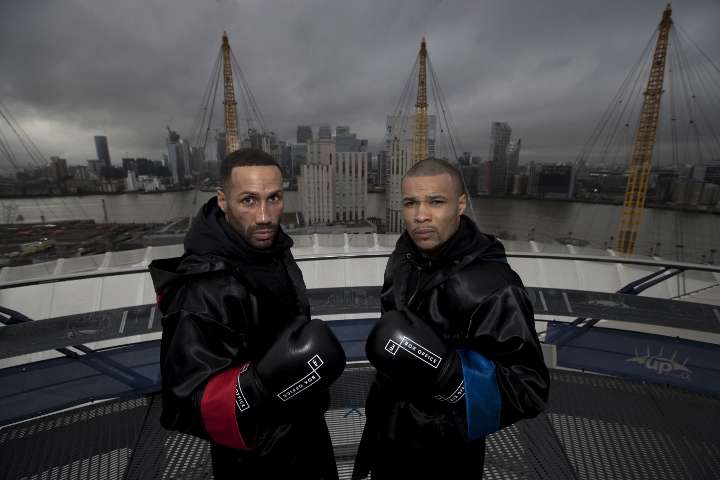 The fight will be shown exclusively live on ITV Box Office and features a full undercard including Lee Selby’s big ring return against Omar Douglas, a heavyweight collision between Commonwealth Champion Joe Joyce and challenger and Former World Champion Bermane Stiverne and the British Light-Heavyweight Title Eliminator between Andre Sterling and Ricky Summers. 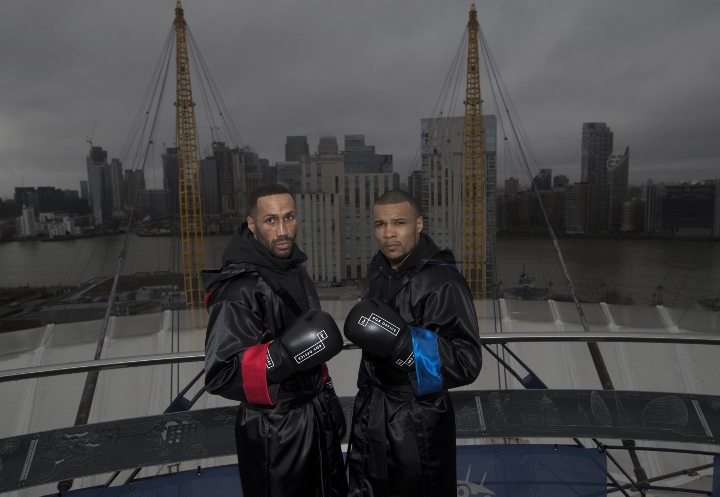 As a bonus for fight fans, later in the evening ITV Box Office will feature live coverage of the WBC Super Middleweight title fight between Anthony Dirrell and Avni Yildirim.  All the action from this clash will come live from Minneapolis, Minnesota following the conclusion of DeGale v Eubank Jr.

Meanwhile, legendary boxing International Hall of Fame ring announcer Jimmy Lennon Jr has been confirmed as the master of ceremonies for the evening. 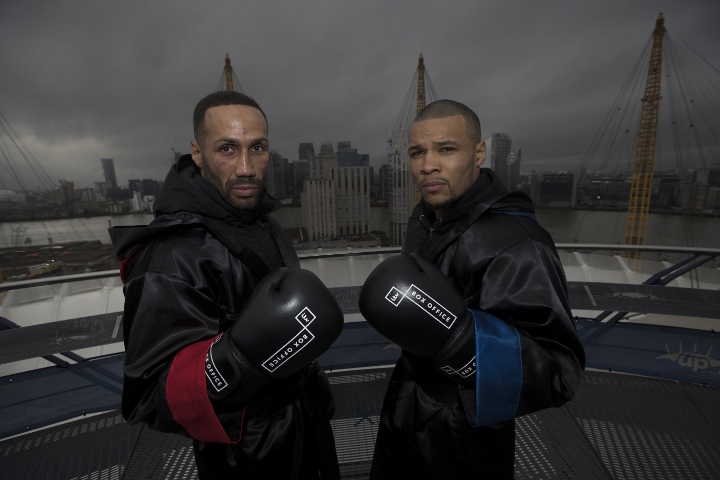 For ITV Box Office, Mark Pougatch hosts live from ringside, with commentary from Ronald McIntosh and Duke McKenzie, and reporting from Gabriel Clarke. 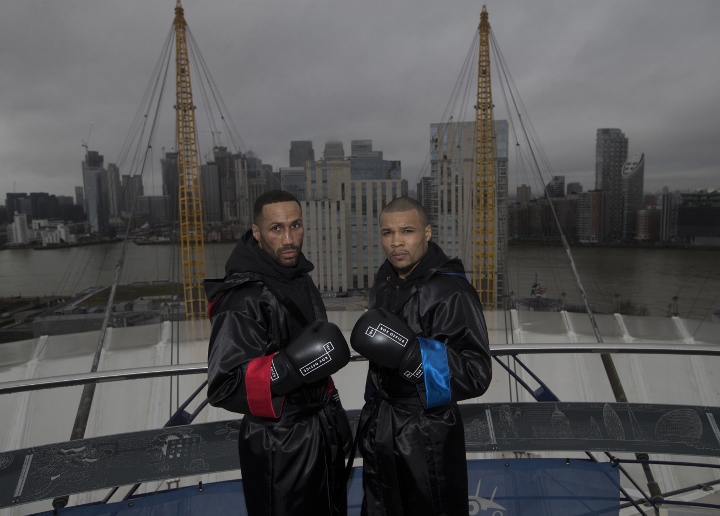 Brought to you by ITV Box Office, Premier Boxing Champions and promoted by Poxon Sports, access to the event is priced at £19.95 and is now available to buy for Sky customers.

Richard Poxon said: “Fight fans can expect a feast of boxing - with an all-British headline fight between two of the country’s greatest fighters in recent years, a full undercard, and then the switch to the WBC title contest between Dirrell and Yildirim.  It’s a huge night for the Super Middleweight division and it’s all on ITV Box Office.” 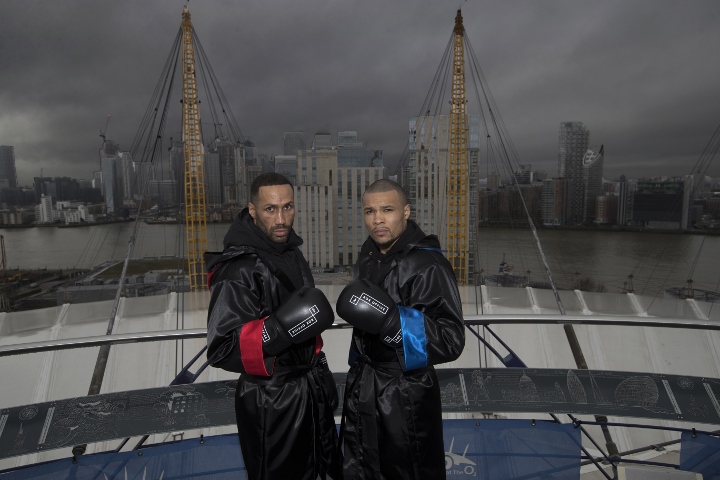 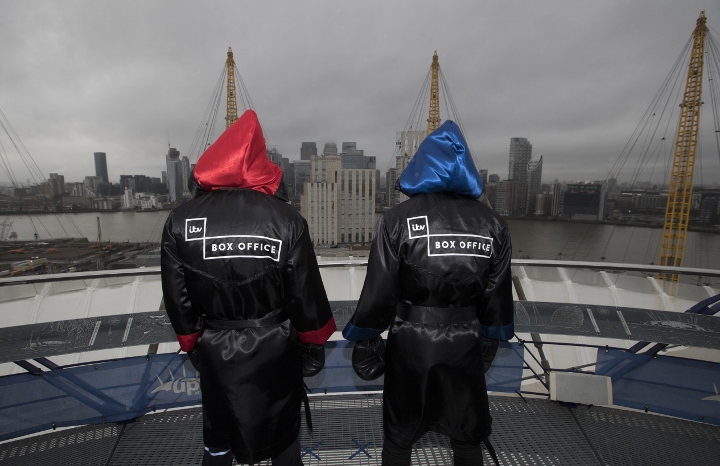