Liverpool - In a crossroads welterweight clash, Conor Benn (20-0, 13 KOs) got the biggest win of his career with a brutal fourth round knockout of former world champion Chris Algieri (25-4, 9KOs). (photos by Mark Robinson)

The fight started with a trade of punches between the two. Benn was firing straight punches to Algieri's body. Algieri was looking to counter to the head. Algieri's power was pushing Algieri back and had him the back-foot. At the end of the second round, a knockdown was scored by Benn when a left hand put Algieri down. A video replay showed that Algieri fell more from tripping over Benn's leg. 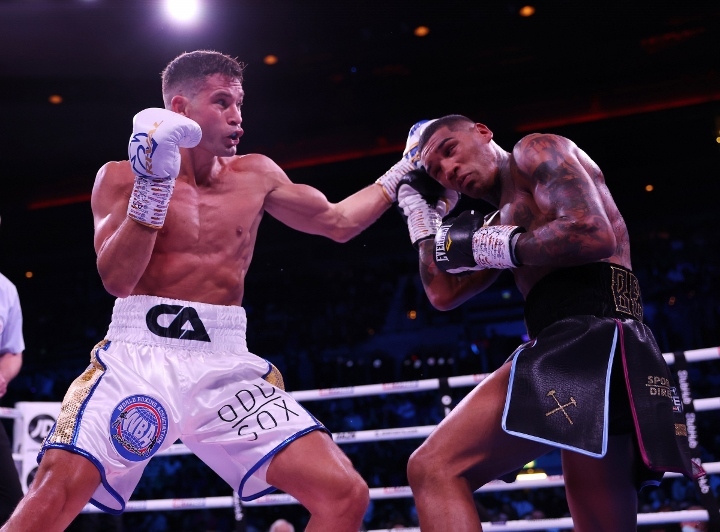 Algieri was connecting well in the third. Benn continued to mostly target the body. Benn was really letting his hands go in the round. In the fourth, a big left-right combination sent Algieri down and out. The fight was quickly waved off. 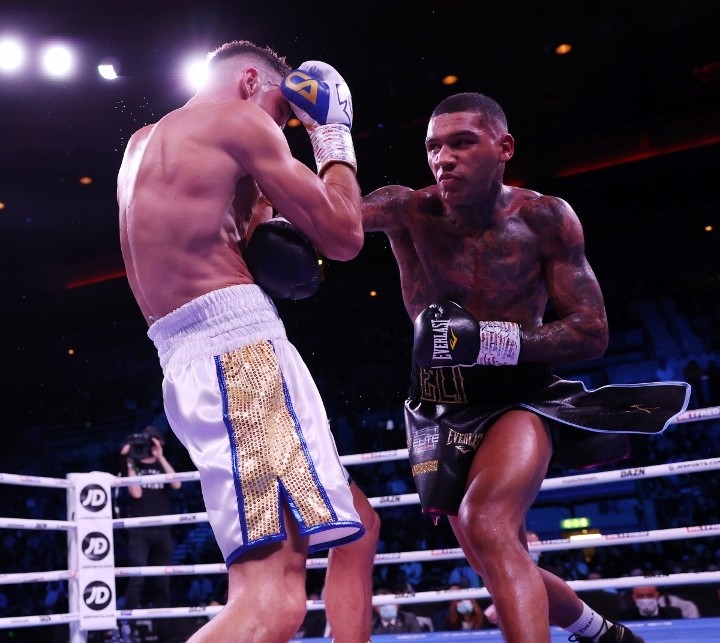 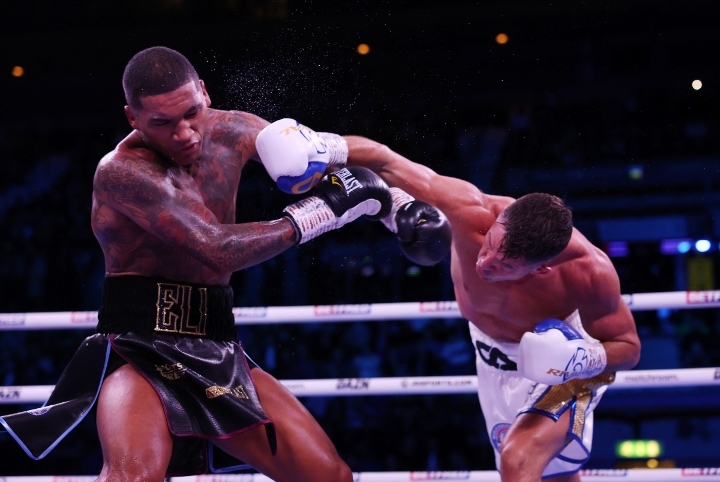 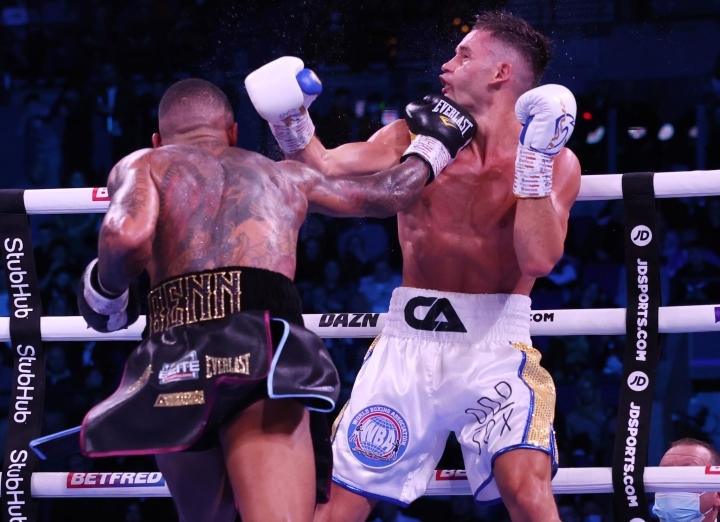 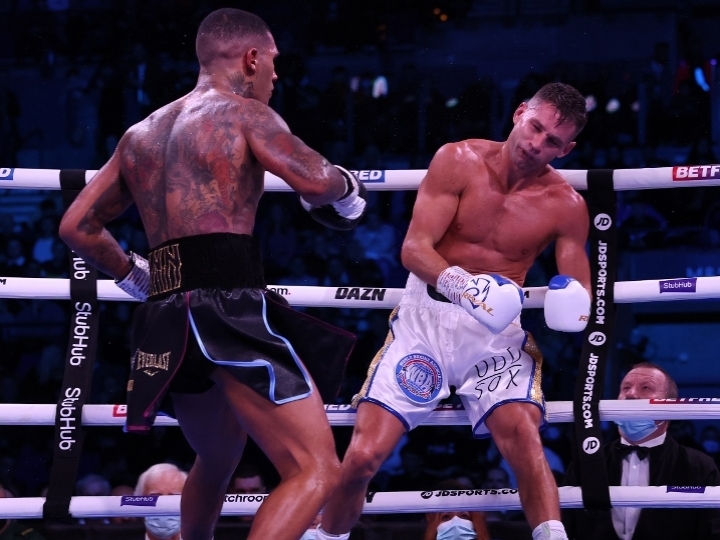 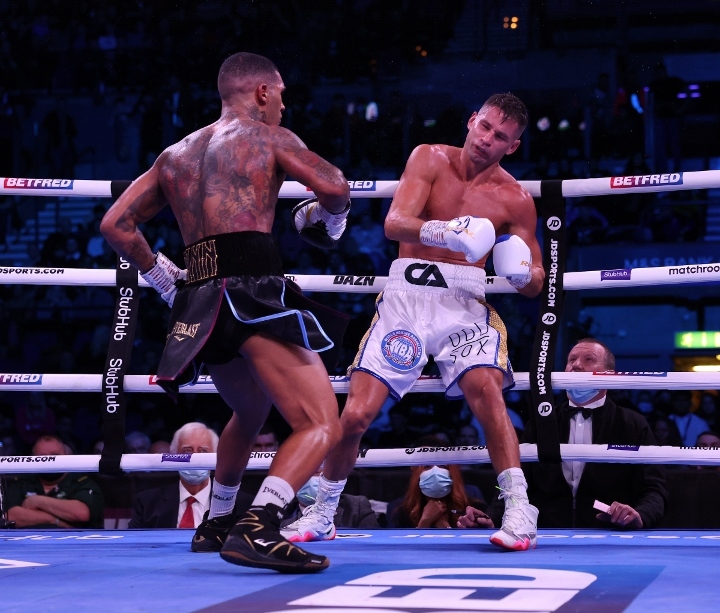 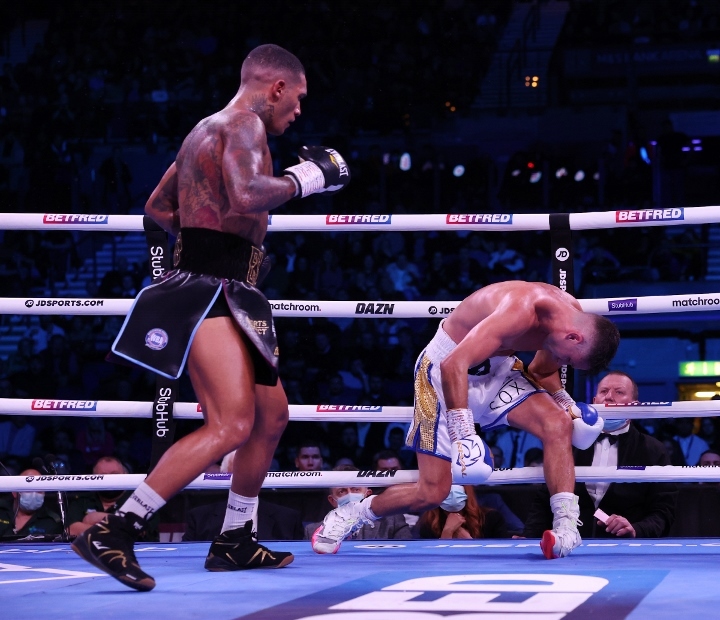 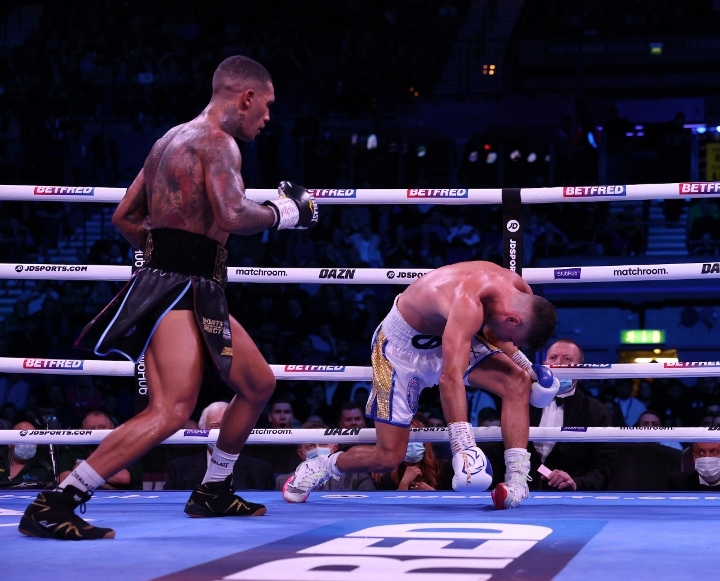 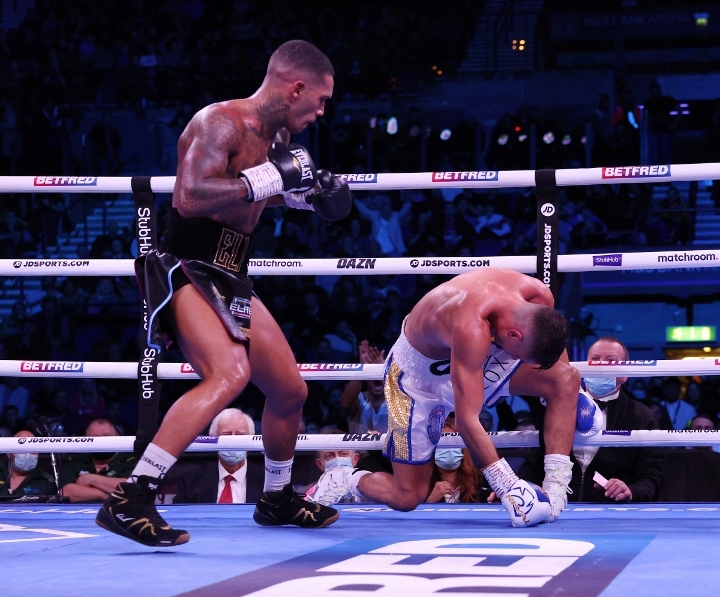 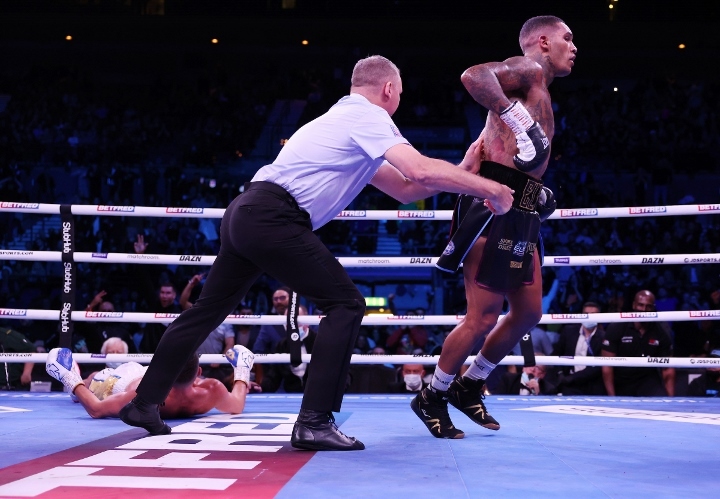 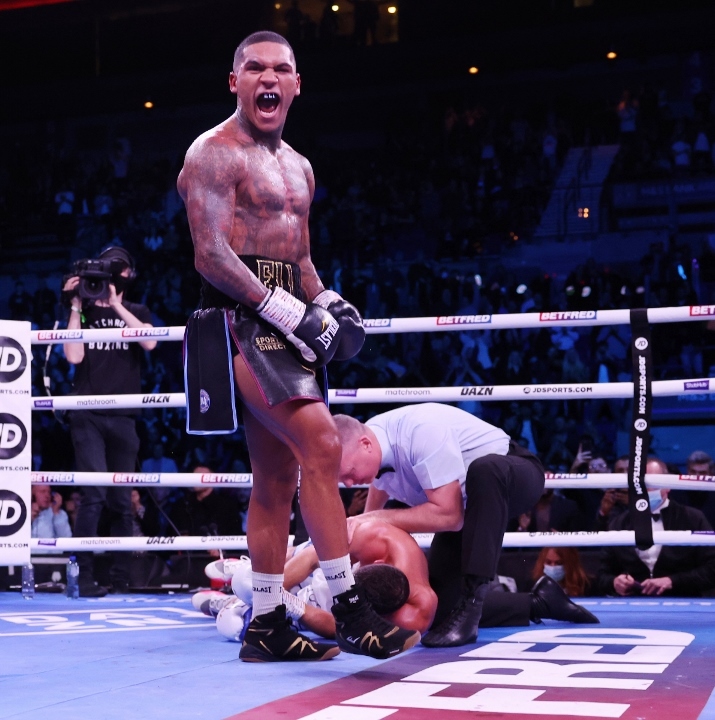 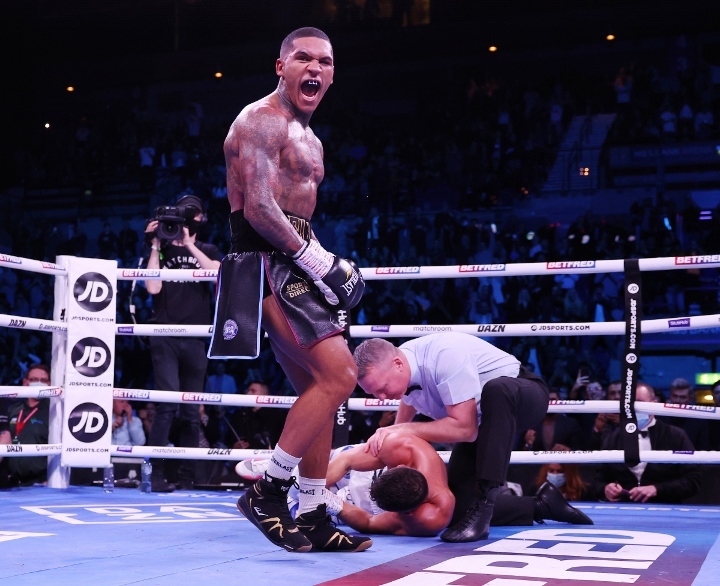 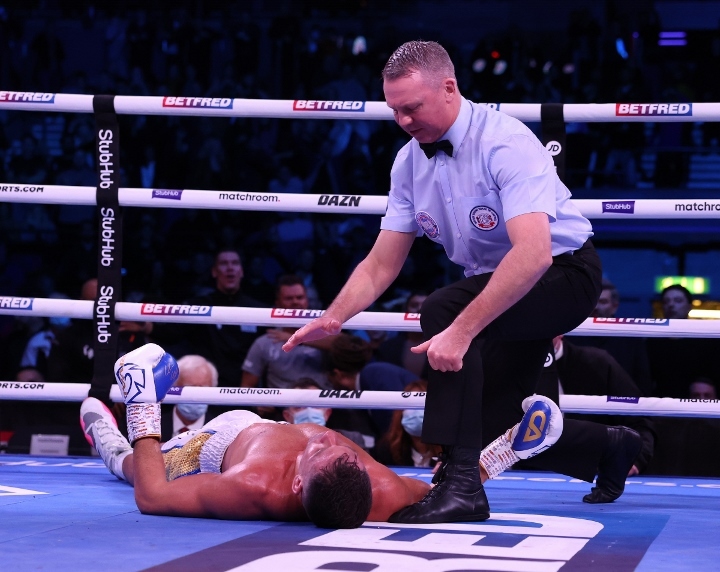 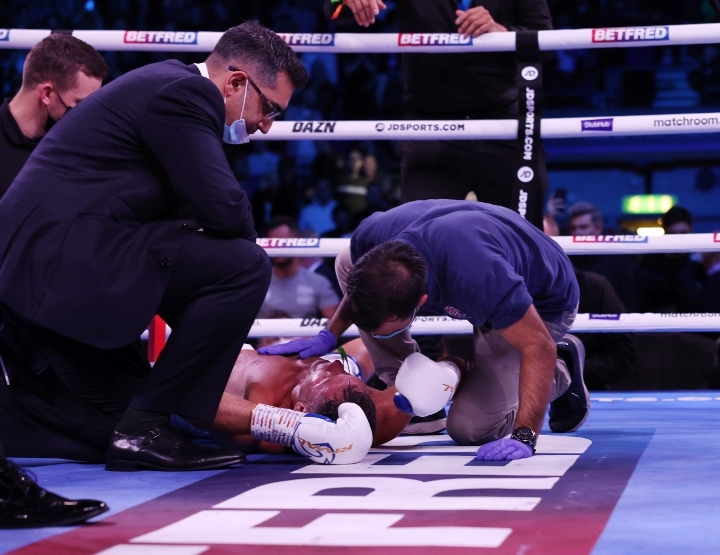 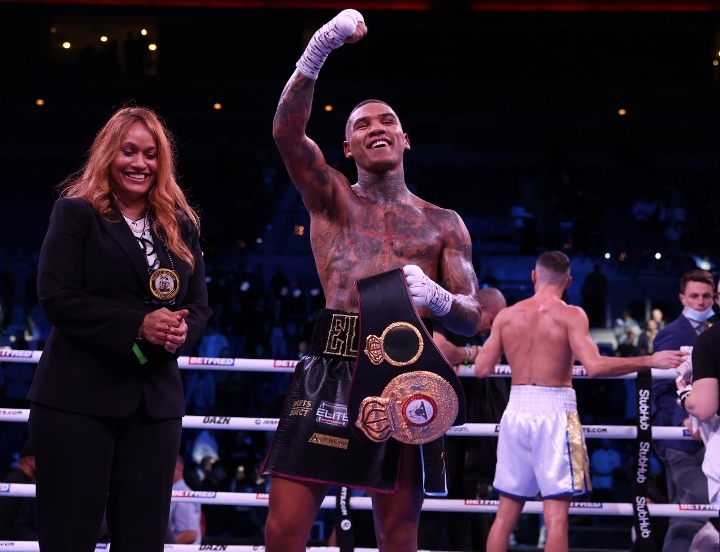 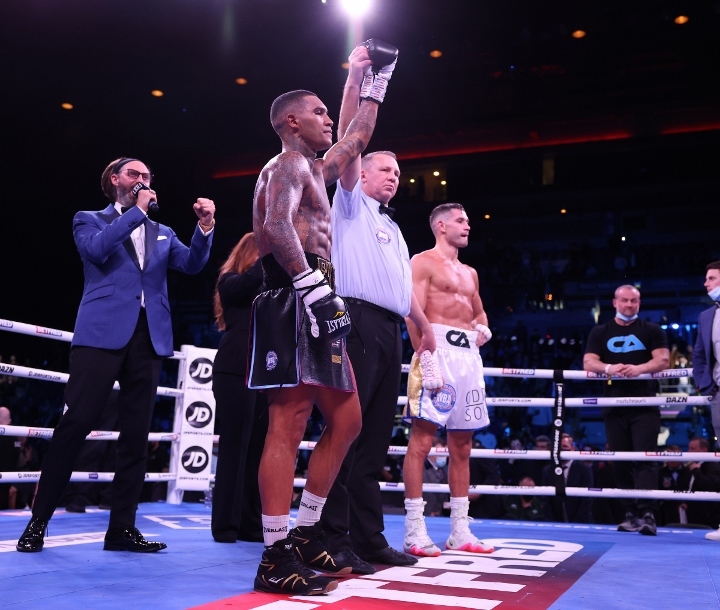 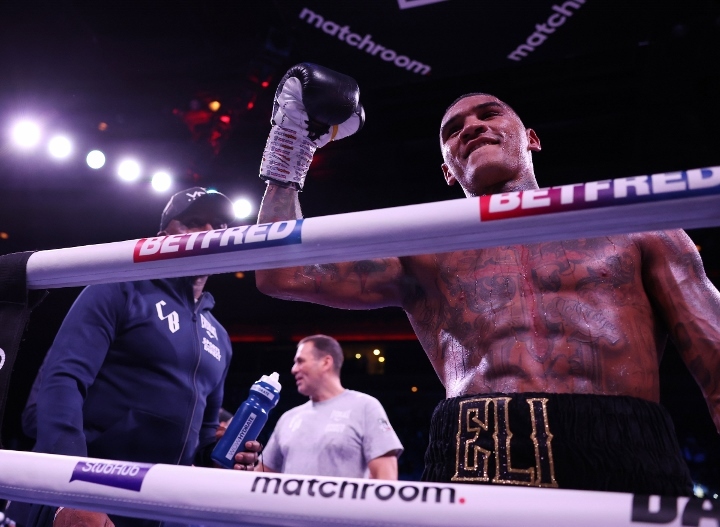 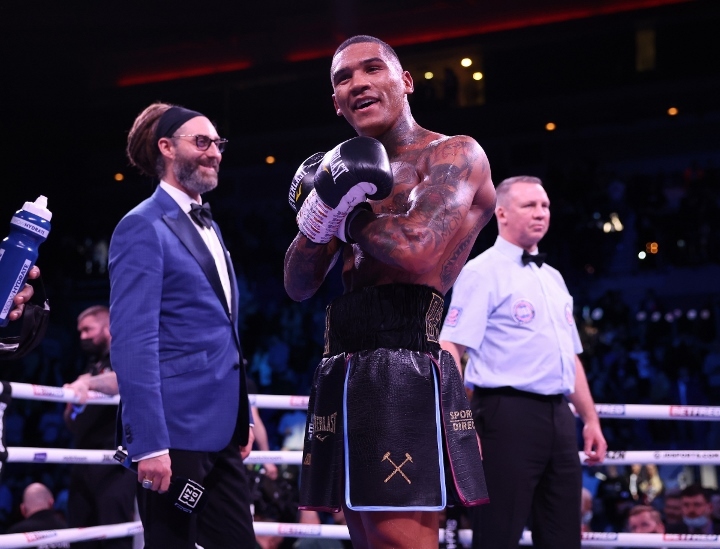 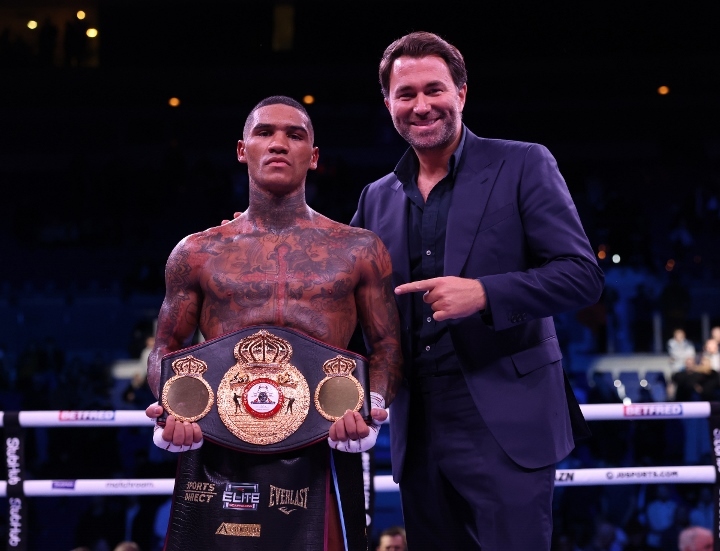 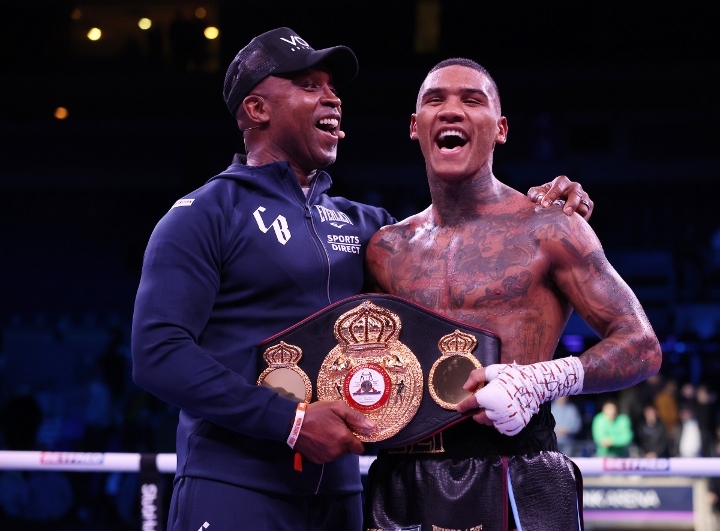