The matchup of two of the best pound-for-pound fighters in the women’s ranks closed out Ring City’s three-event residency on the island. 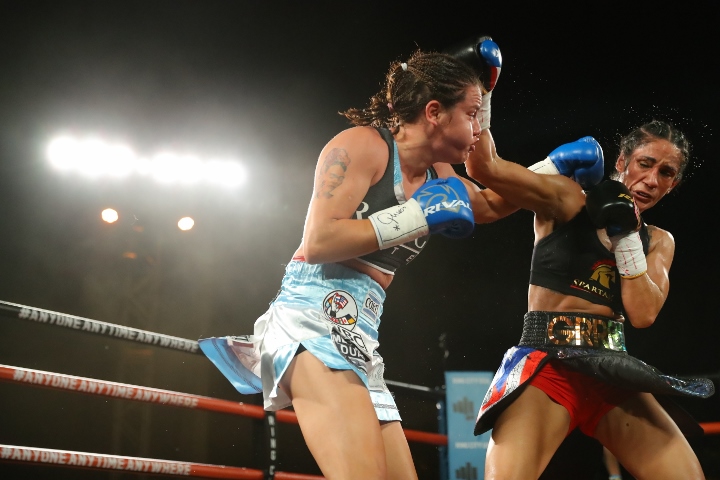 Seven-division world champion Serrano (40-1-1, 30 KOs) notched the 40th victory and 30th knockout of her storied career as she dominated three-division champion Bermudez (29-3-3, 10 KOs) over the course of nine exciting rounds of their scheduled 10-round main event. Just miles from her birthplace of Carolina, P.R., Serrano, 32, returned to the island for the fourth time in her career to defend her featherweight titles against the hard-charging, current two-division belt holder who was relentless in pressuring Serrano to no avail. 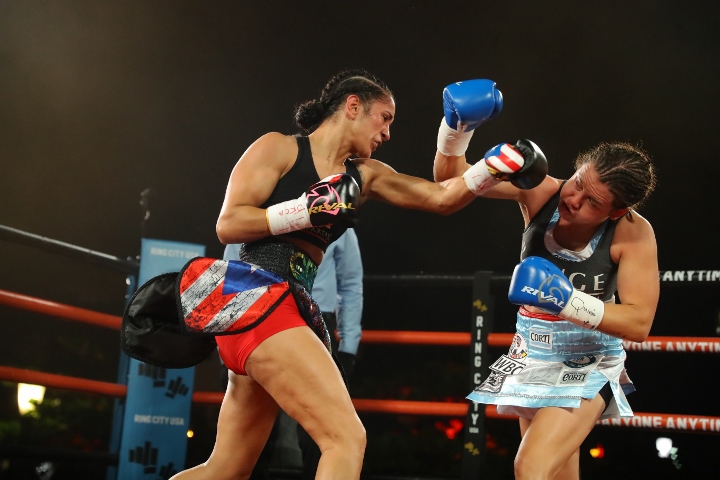 Bermudez, 31, had some success early in the fight but as the fight progressed, Serrano displayed a significant speed advantage and boxed beautifully with flush counterpunching and creative combinations. As she flashed many facets of her arsenal, it was ultimately the dedication to the body that earned her the victory. 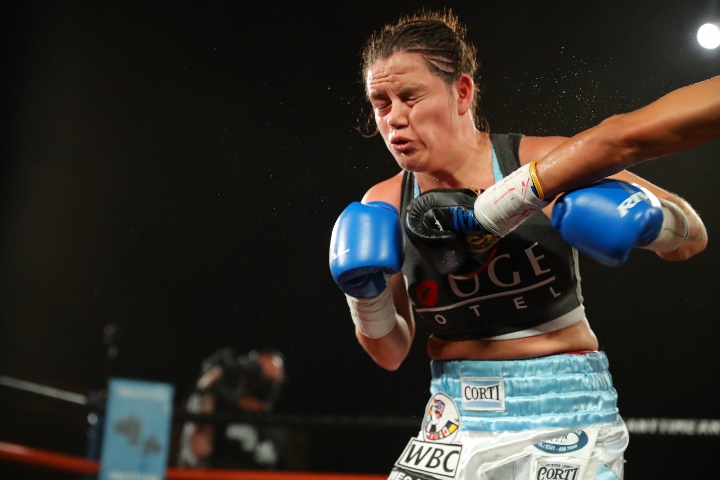 In the ninth round, a right hook to the body forced Bermudez to take a delayed knee, the first knockdown suffered in her career and one that she was unable to recover from in time to beat the count. The ninth round marked the latest stoppage victory of the nine-time world champion’s career and the 12th time she has handed an opponent their first knockout loss. The stoppage came at 1:33 of the penultimate round. 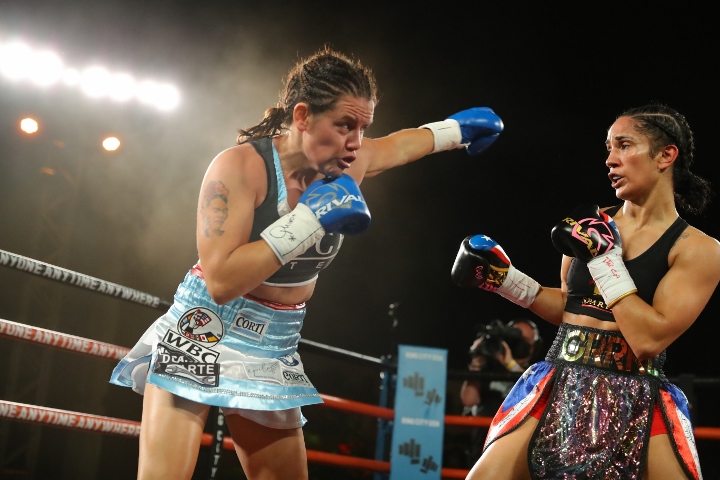 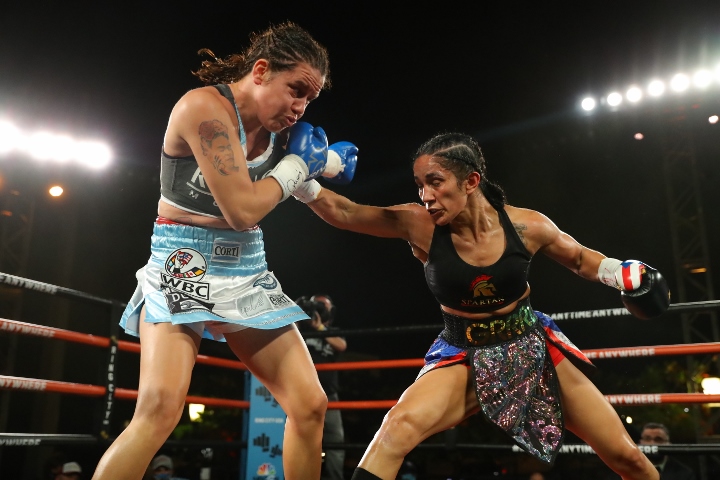 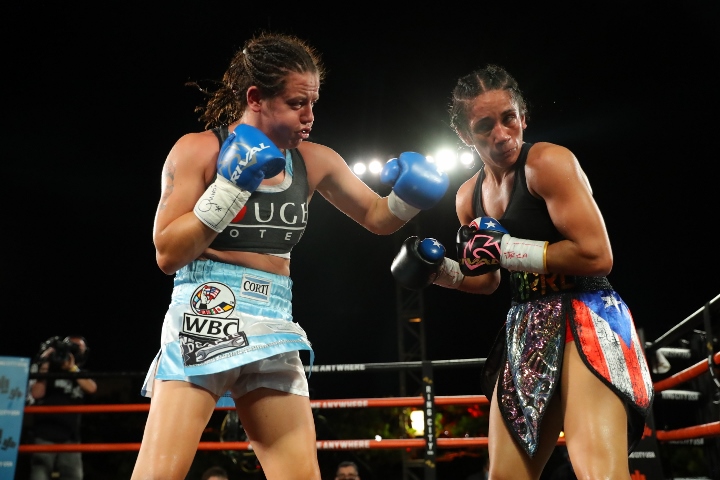 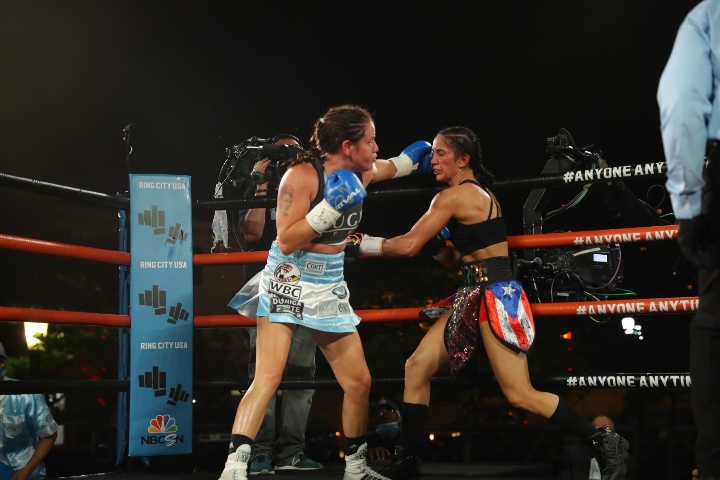 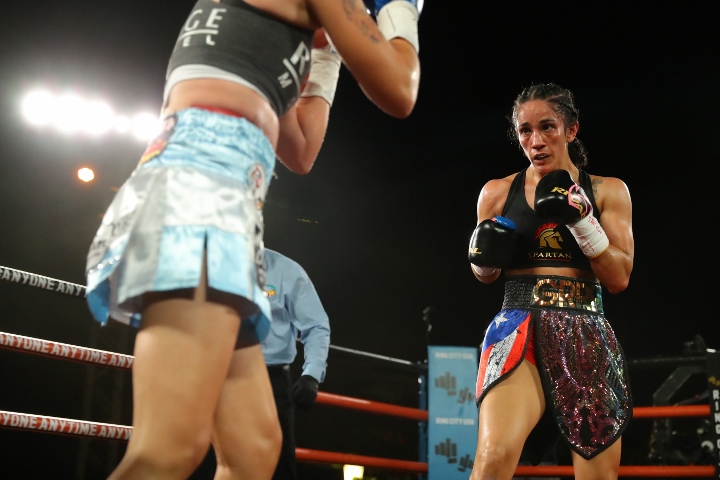 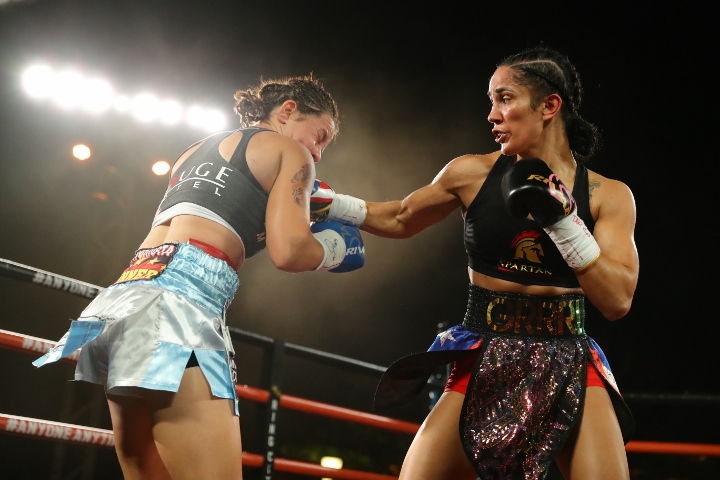 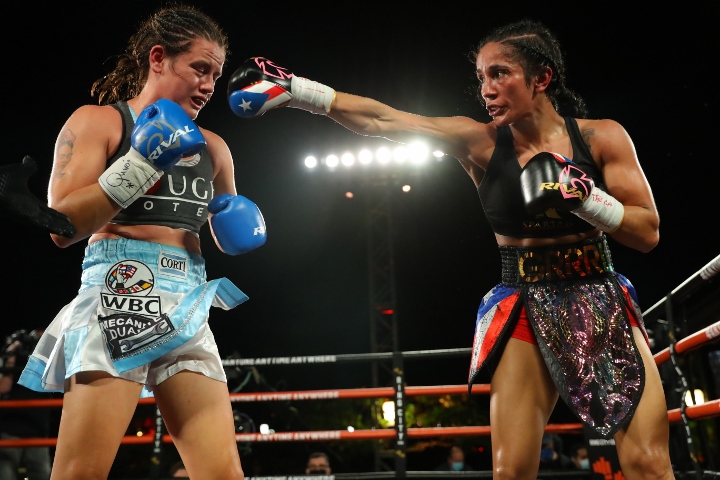 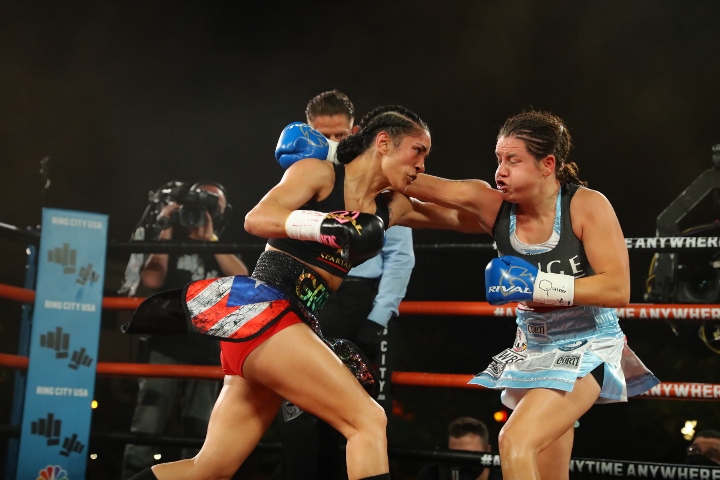 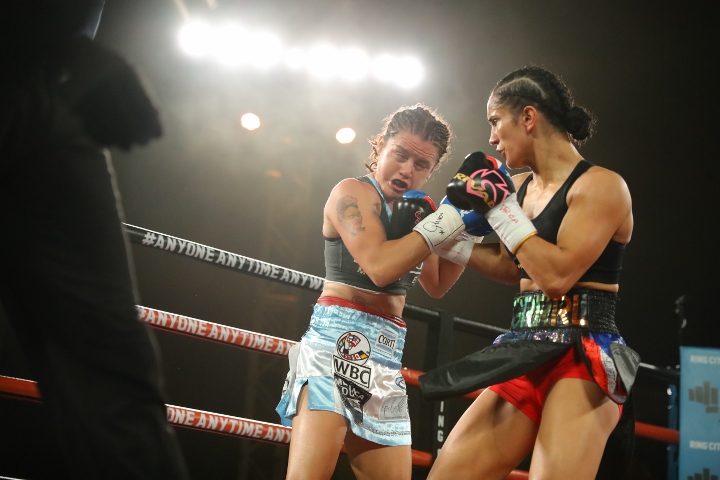 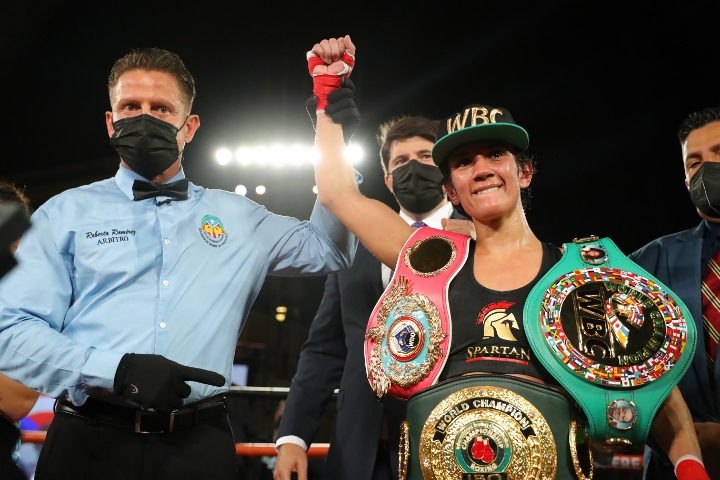