Tampa, Florida - In a lightweight clash, seven division champion Amanda Serrano (41-1-1, 30 KOs) won a ten round unanimous decision over a brave Miriam Gutierrez (14-2, 5 KOs), who took a lot of punishment in the fight. (photos by Amanda Westcott) 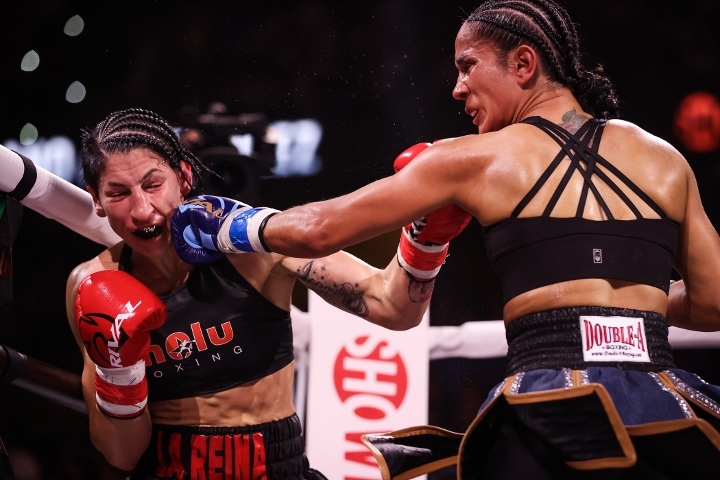 Serrano is now in line have a mega-fight with IBF, WBA, WBO, WBC lightweight champion Katie Taylor in the spring of 2022. Gutierrez had previously gone the distance with Taylor. 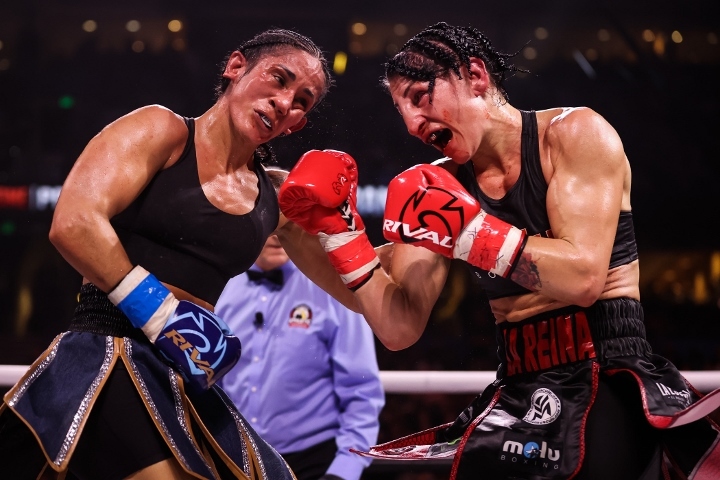 Serrano came out firing in the first round. She pressed Gutierrez against the ropes and was battering her with a lot of punches - to the point where the referee nearly jumped in. 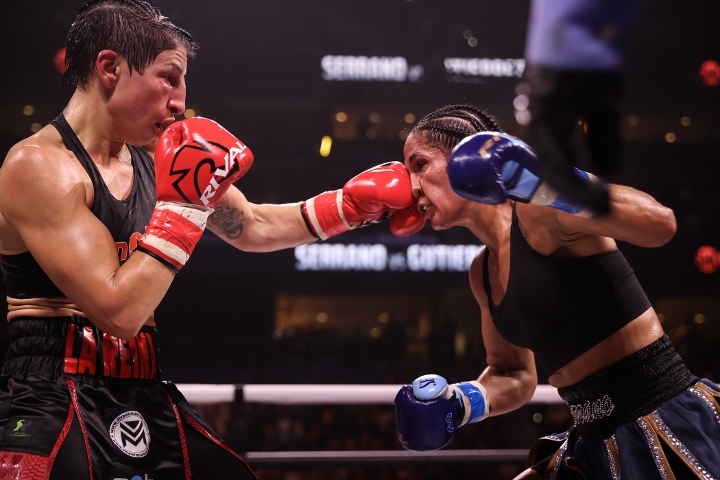 In the second, Gutierrez stood in front of Serrano and was willing to trade punches. Serrano was landing well, but Gutierrez was having her moments. Serrano went back to boxing in the third, as she was picking her shots on Gutierrez. It was bombs away in the fourth, with Serrano landing the more punishing punches. 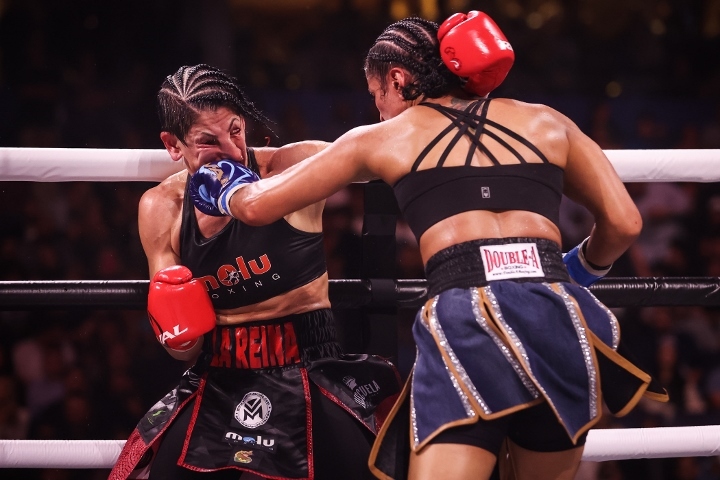 During the sixth, Serrano outboxed Gutierrez, who continued to be game. Serrano started to punish Gutierrez again in the seventh. She was bloodying the face of Gutierrez and punishing her with heavy shots. Gutierrez barely made it out of the round. 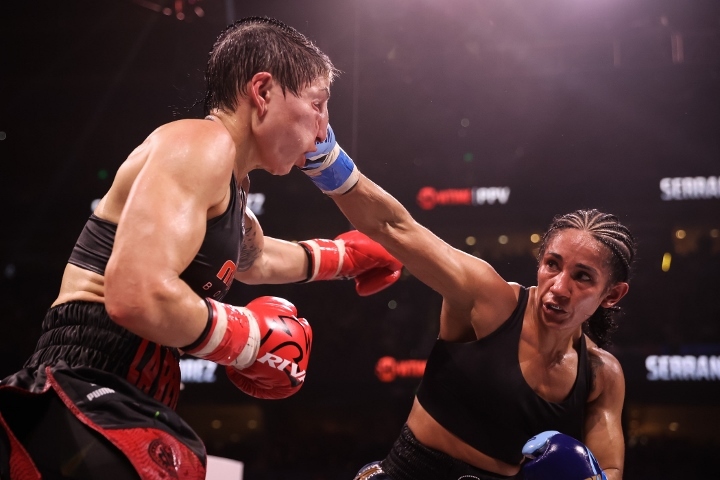 Serrano went right back to work with big shots in the eight. She was battering Gutierrez and pushing her back. Gutierrez was rallying back to get out of trouble. Serrano outworked Gutierrez in the ninth. In the tenth and final round, Serrano was punishing Gutierrez to the head and body. 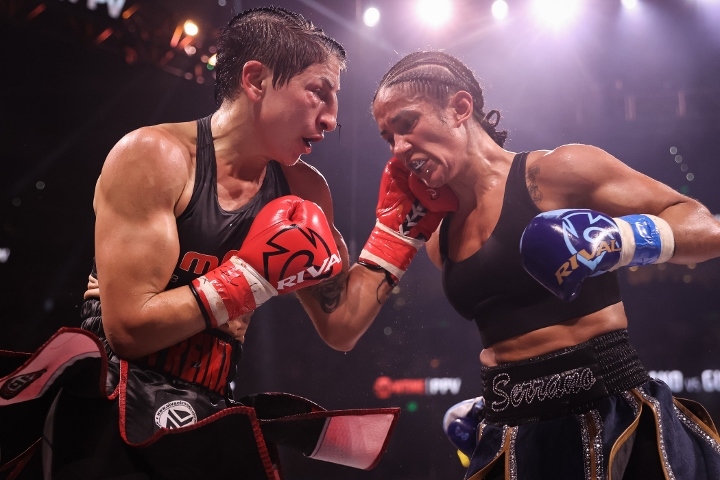 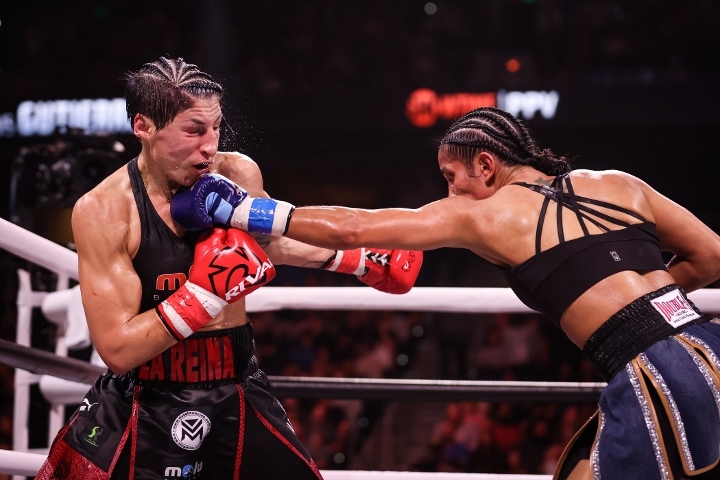 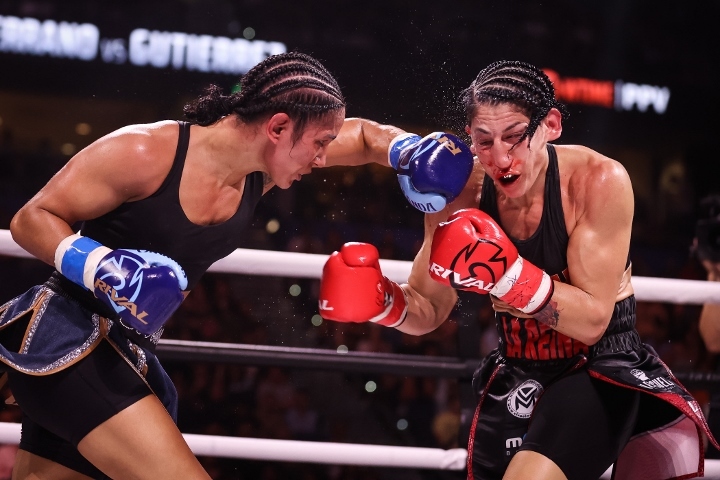 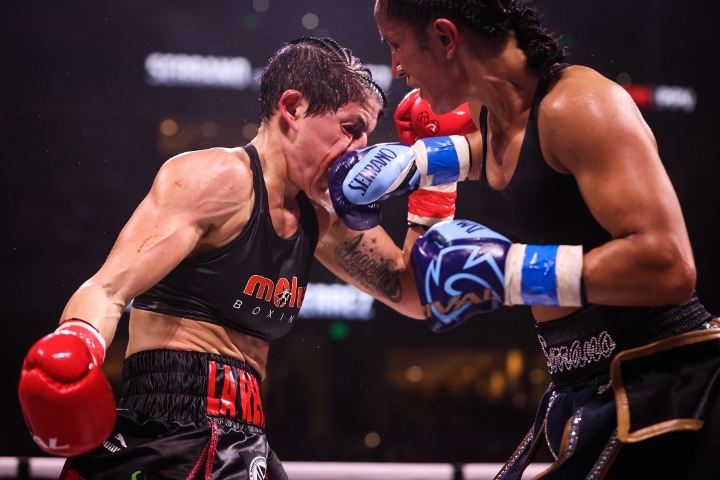 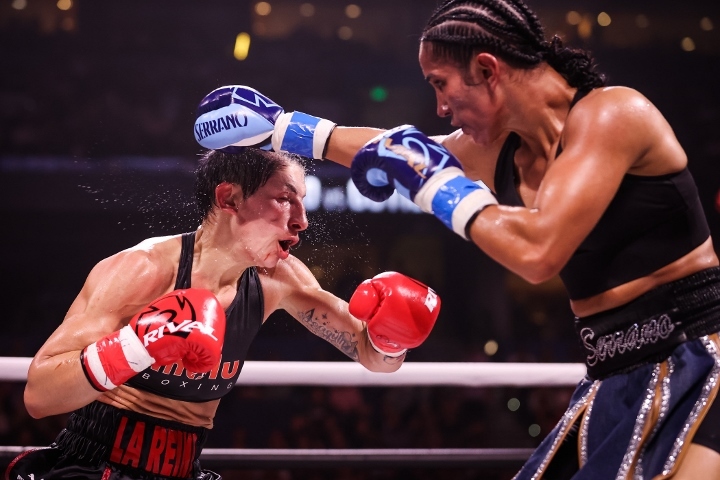 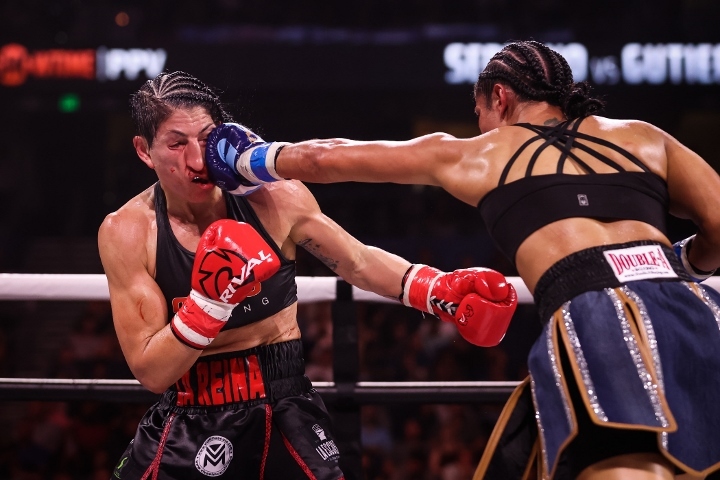 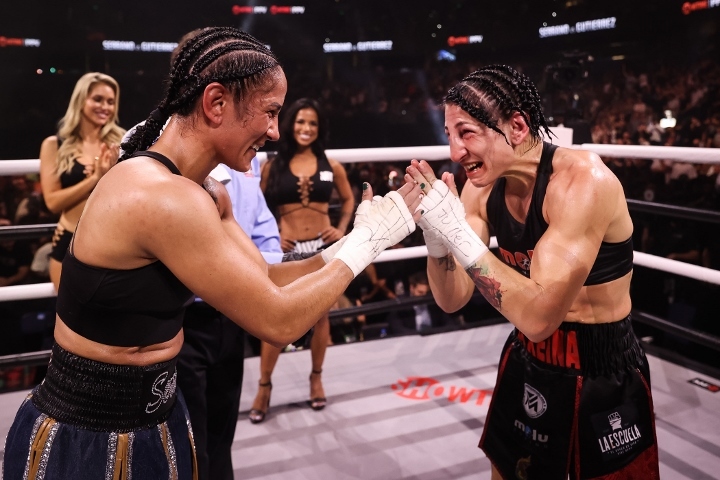 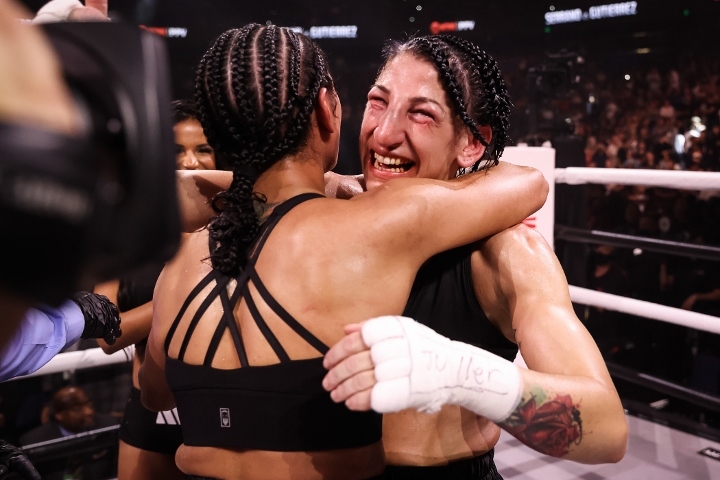 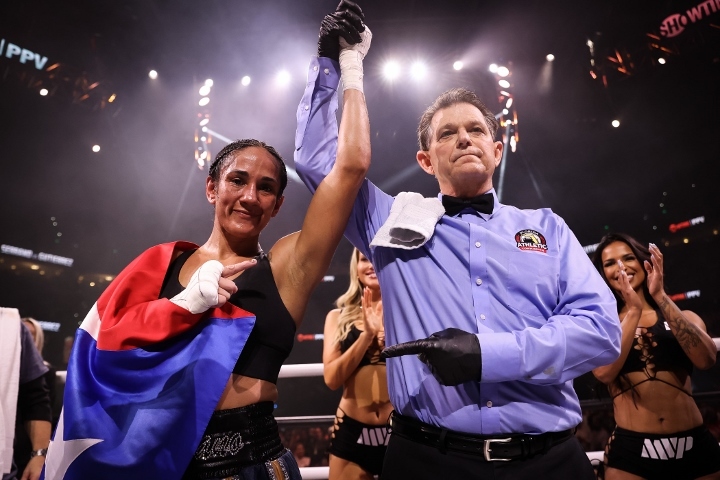 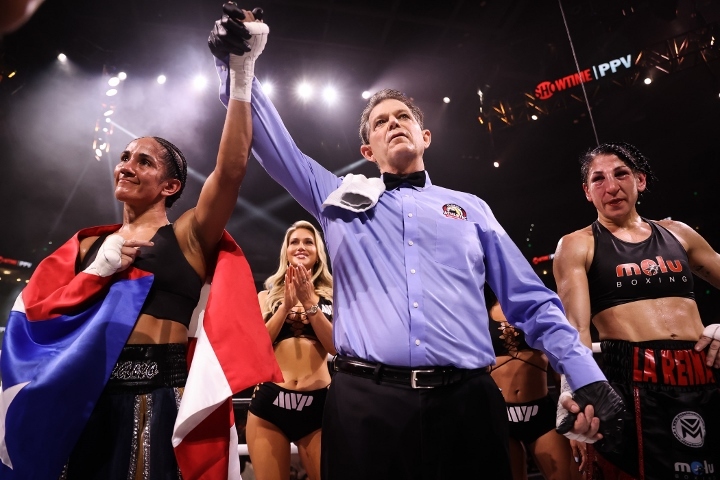 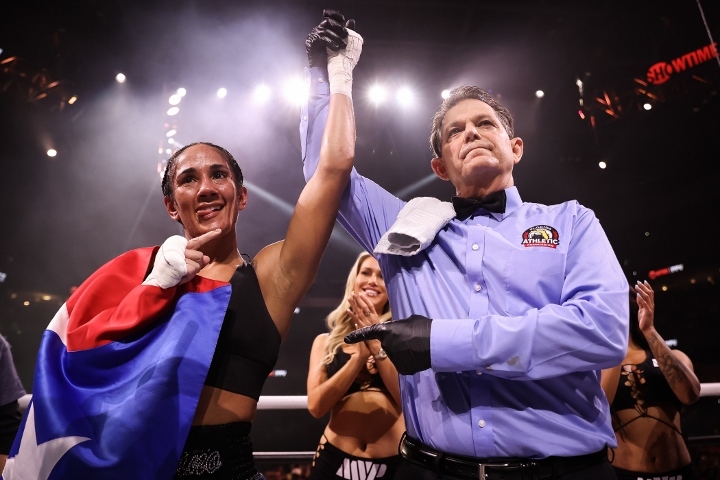