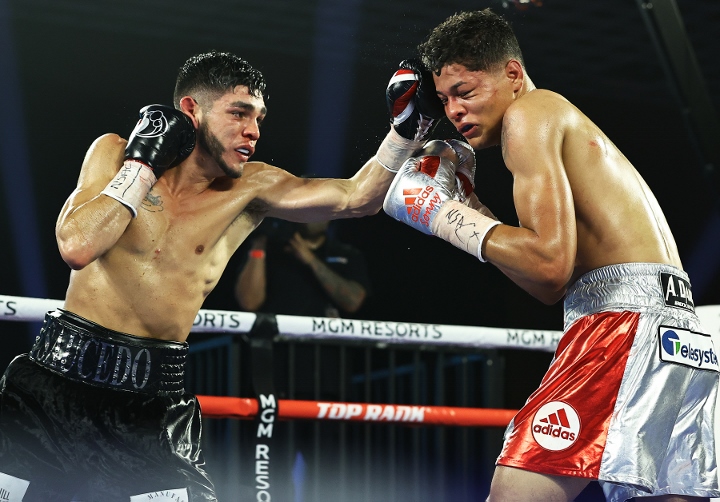 Saucedo came out firing and coming forward in the first round. Fredrickson was mostly jabbing and looking for counters. Saucedo was landing the harder shots and in the final minute he rocked Fredrickson. 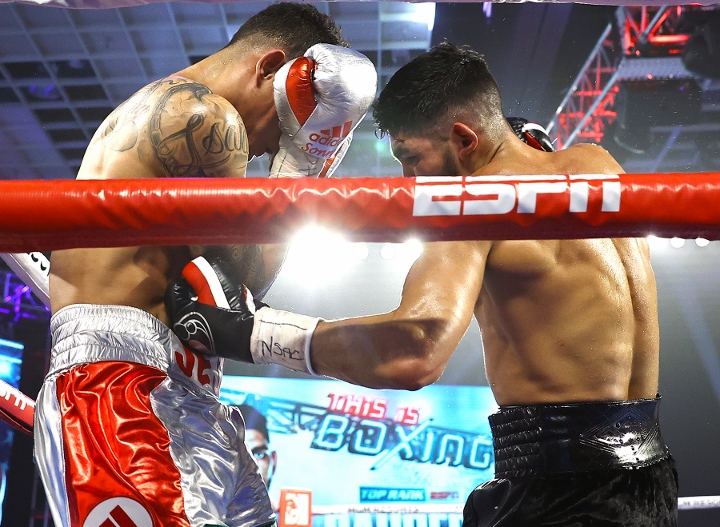 Saucedo continued to do a lot of damage in the second. Fredrickson landed a few shot, but far from enough. The action slowed down a little in the third, with Saucedo still in control. 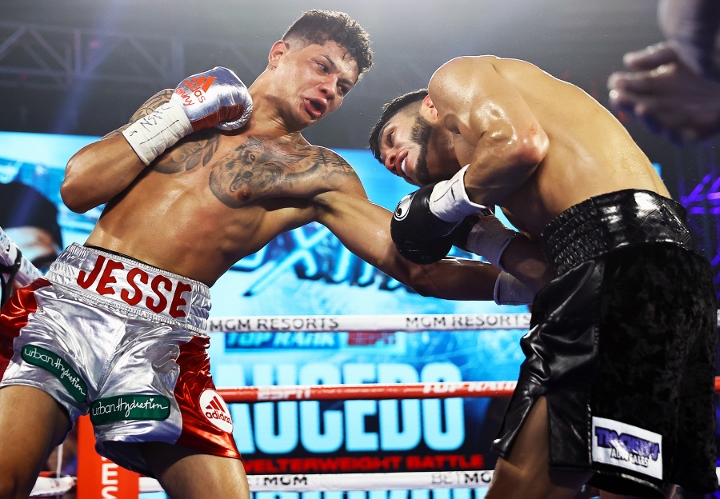 Fredrickson started the fourth letting his hands go and landing well. The jab and uppercut was hitting Saucedo often in this round.  Saucedo had more control in the fifth, but Fredrickson had a good rally of shots in the closing moments. The sixth was very close with Saucedo doing a lot of work. 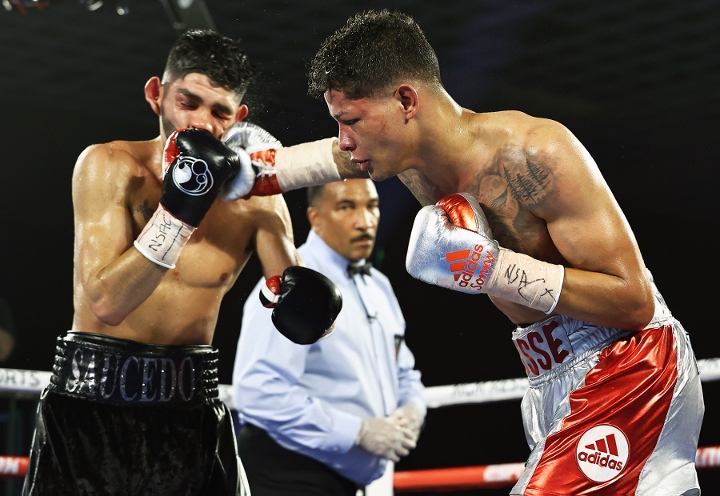 They were exchanging in the middle of the ring in the eight. Both were having their moments, but Saucedo was busier. The ninth saw Saucedo just being much busier than Fredrickson. Not much of a change in the tenth, with Saucedo being busier and landing more often. 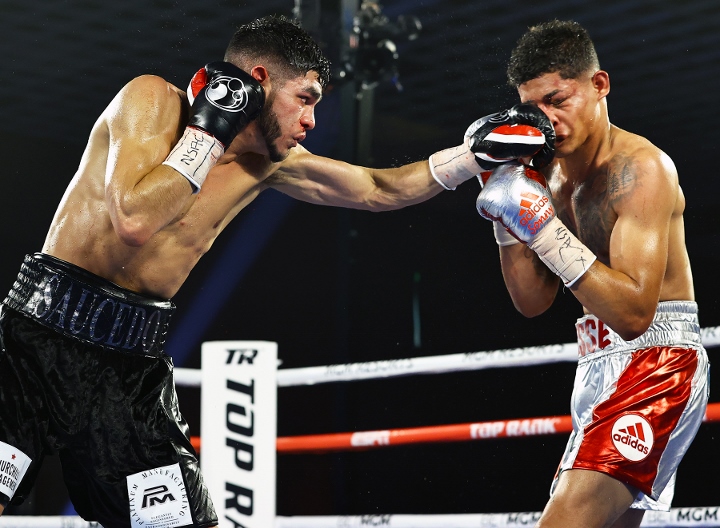 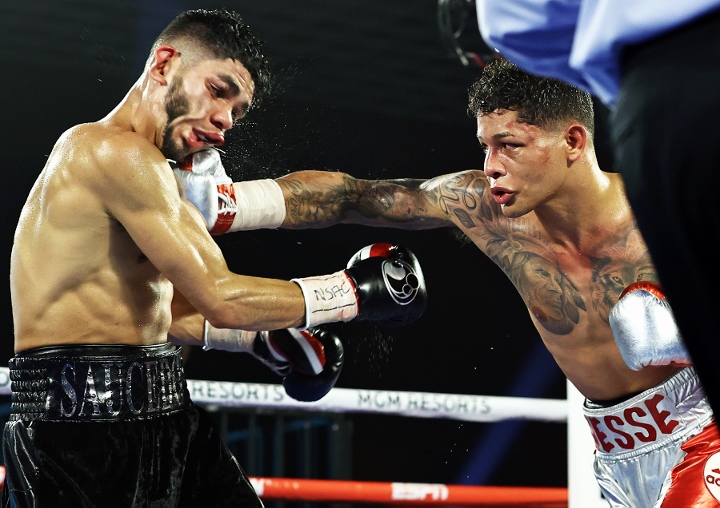 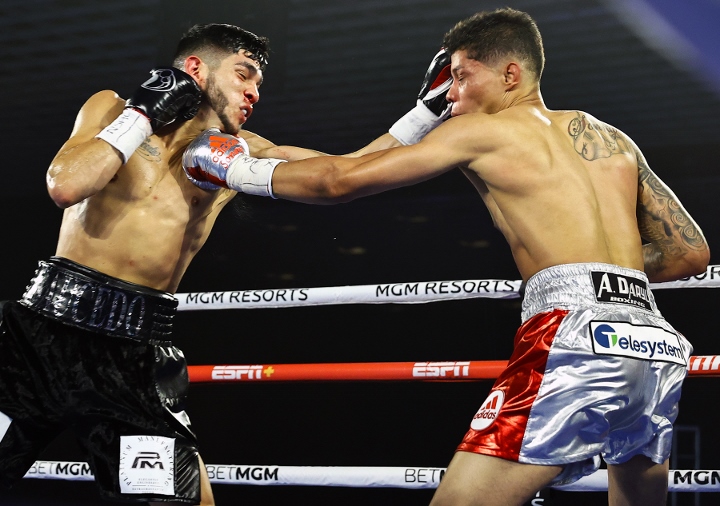 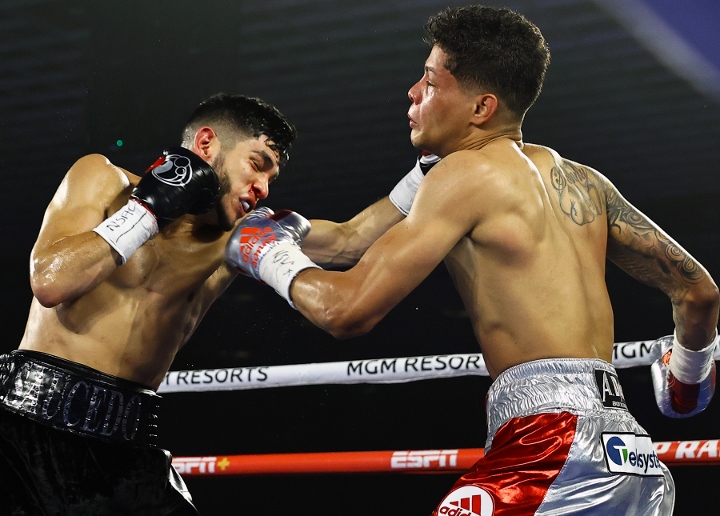 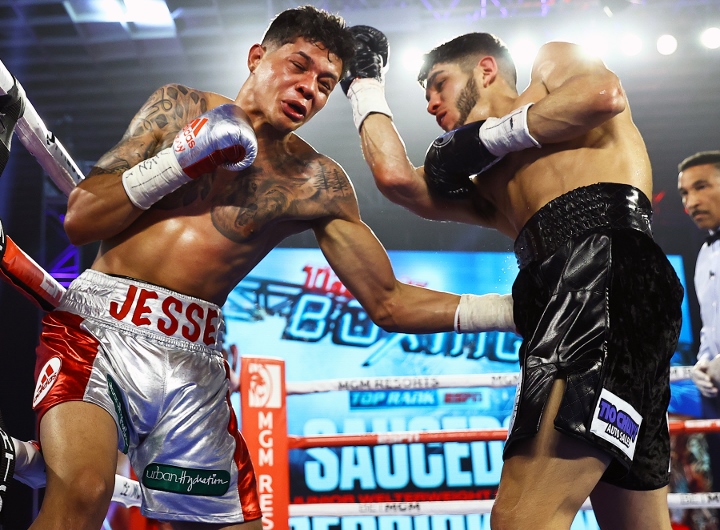 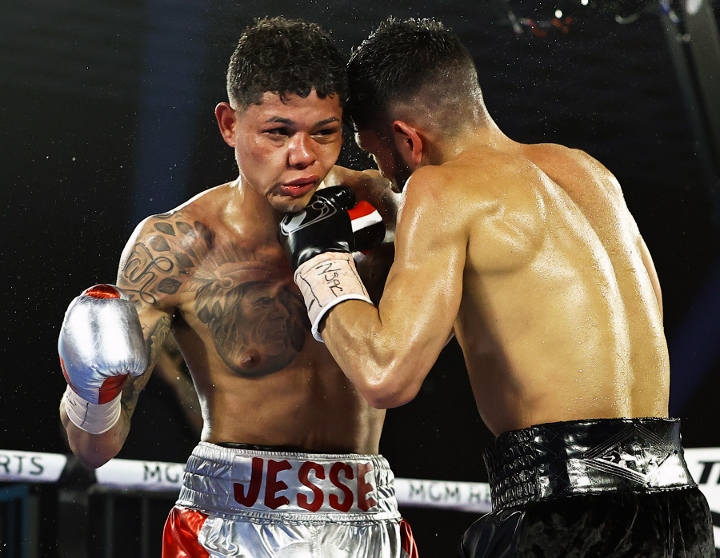 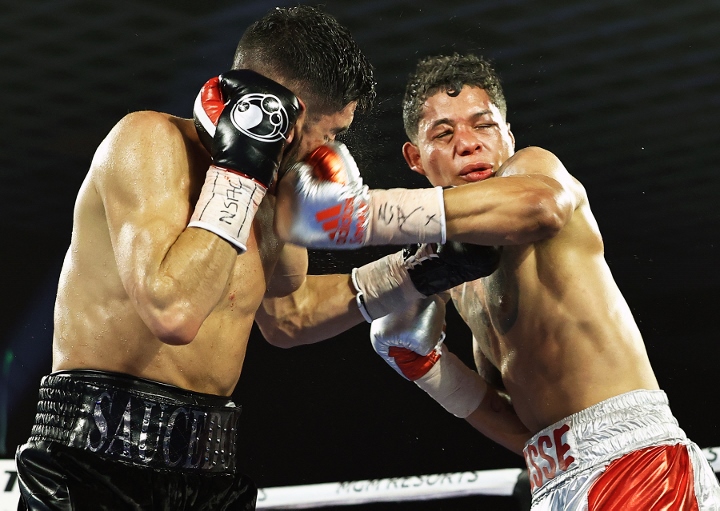 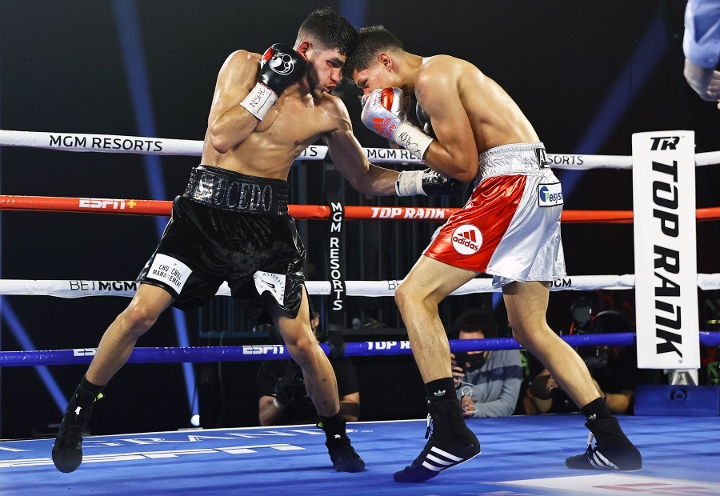 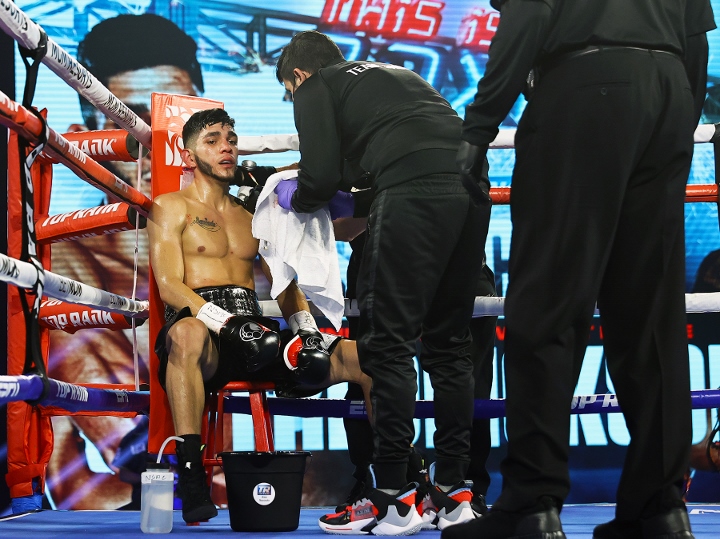 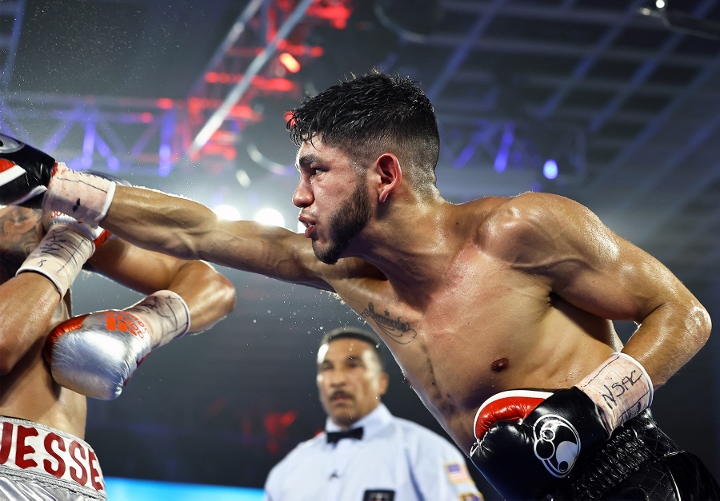 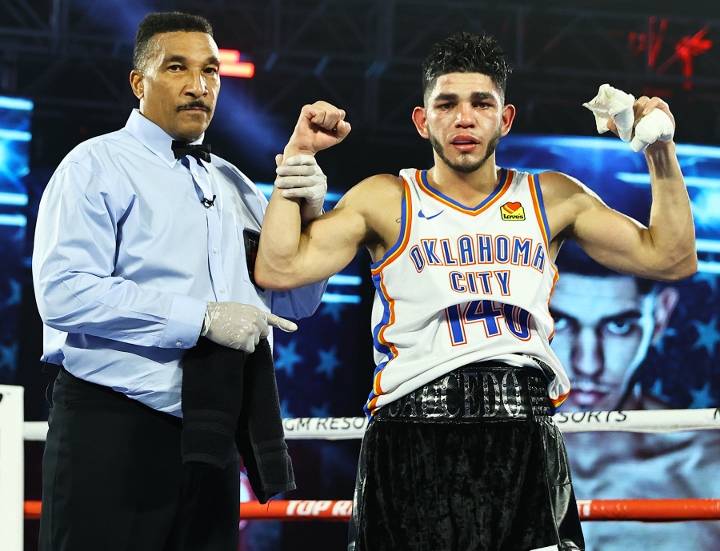 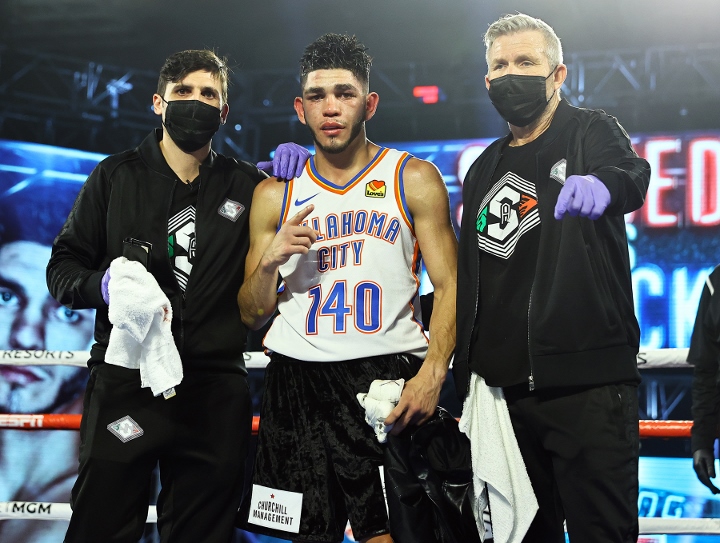 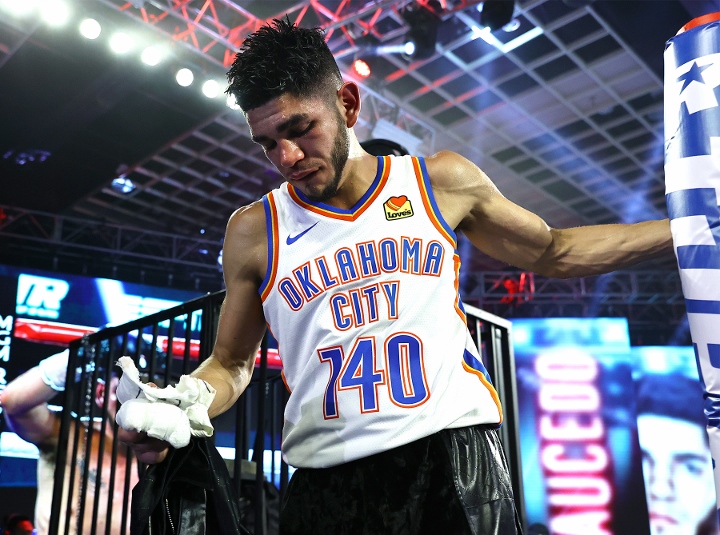 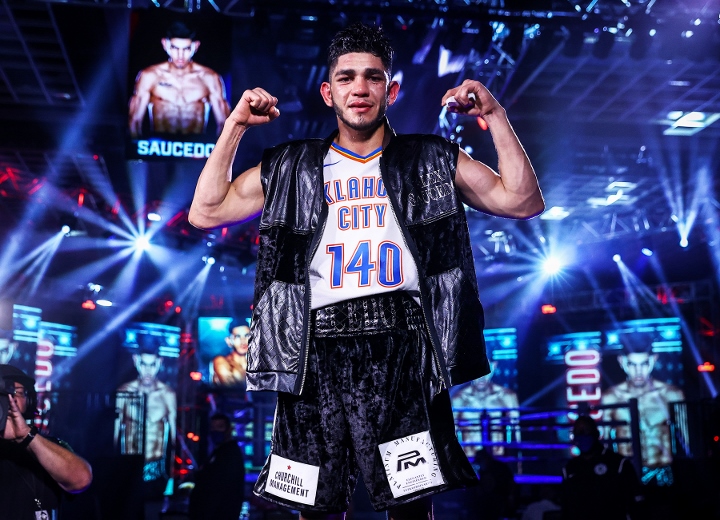