A deep cut over the right eyebrow of Caleb Truax led to an abrupt ending and a no decision for Saturday’s main event at the Armory in Minneapolis.

Truax collided with Peter Quillin on an accidental headbutt during the second round. The doctor on site wanted to immediately stop the fight but allowed Truax’s corner an opportunity to contain the blood after the round. Ultimately, the doctor was concerned with the blood affecting Truax’s vision throughout the fight.

It was ruled a no decision because the fight was stopped before the fourth round. It was a disappointing finish for Minnesota fight fans who wanted to see their hometown boxer face Quillin for an IBF super middleweight title eliminator. Caleb Plant, the IBF champion, will have to wait longer to find out who his next opponent will be.

“I’m very disappointed, all the fans came out, Minneapolis is great,” Truax said. “But it’s up to the doc … so they stopped it.”

Quillin added: “Not me and Caleb got robbed, but I think the Minnesota fans got robbed of this fight. I know they wanted to see their guy. They was rooting for their guy to get an opportunity.” 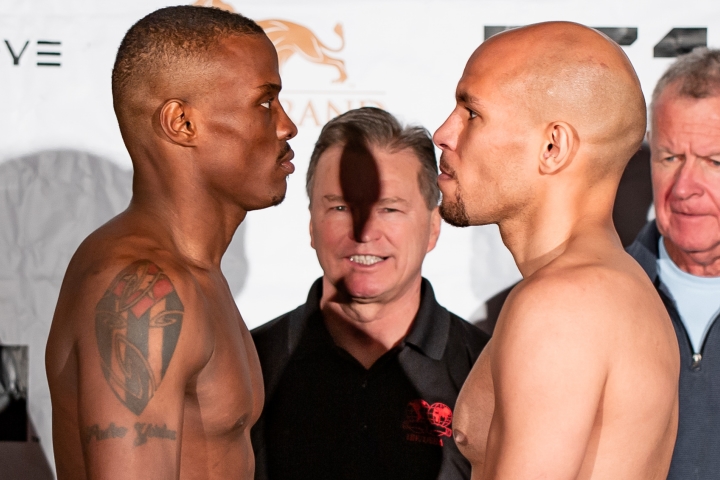 As a Minnesota native, Truax was the overwhelming crowd favorite. It was his second consecutive bout at the Minneapolis Armory.

Truax’s earned the reputation as a “Cinderella Man” in 2017 after his shocking upset over James DeGale in his backyard in the United Kingdom to win the IBF title. But Truax’s title reign didn’t last long, losing the belt the following fight to DeGale in the rematch in Las Vegas last year.

Quillin’s title reign was much longer, when the fighter known as “Kid Chocolate” made three successful defenses for his WBO middleweight belt. But it’s been seven years since Quillin won that belt.

Quillin took a two-year hiatus after being knocked out by Daniel Jacobs in the first round in 2015. Since then, Quillin has won two fights, including a unanimous decision against J’Leon Love in his super middleweight debut.

Long befor Quillin and Truax stepped in the ring for a pro bout, the two were sparring partners in 2012. That’s when Truax was unknown and Quillin viewed as the next best thing at middleweight.

A lot has changed since that sparring match, but their roads crossed paths in Minneapolis on Saturday.

“When I sparred Caleb I remember I knocked his headgear off and it flew across the ring, that's the only thing I really remember from that,” Quillin said before the fight. “I knew our paths could eventually cross. I've had my eye on him and I was really happy for him when he won his title.”

The sparring exhibition probably lasted longer than Saturday’s two-round bout that headlined the PBC on FS1 event. It’s no guarantee that Truax and Quillin will reschedule, but the two seem on board to do it again.

“Let (Truax) get stitched up, me and my trainer will be back in the gym Monday,” Quillin said. “We didn’t even get the sweat in. We didn’t get to do nothing.”

[QUOTE=MeanestNiceGuy;19660306]No. He. Did. Not! LOL[/QUOTE] I know was being sarcastic. He looked like he didn't want to be there. Quillin has some talent and power but just not the heart or mental toughness to fight at the top level.

[QUOTE=MeanestNiceGuy;19658069]Also, if Quillin REALLY wants to show us anything, he needs to be ready to fight again by July or August....no way in hell we should have to wait another 8 or 9 months to see if he’s trash or…

Lots of blood on the TV last night. Bad cuts all around.

Truax's corner didn't even try working on the cut in the corner. Imagine paying money to go see this fight and these pieces of s**t don't even have any interest in fighting on. Boxing is such a miserable sport. Don't…