Perrella: Abel Won't Be Able To Do a Damn Thing With Me, Ain't Ready For This Spaghetti

NASHVILLE—Bryant ‘Goodfella’ Perrella certainly hoped to capitalize on what was perhaps his most complete performance to date.

The resurgent welterweight instead made due with the hand he was dealt, staying ready so he wouldn’t have to get ready for an opportunity to come his way. With that comes a supremely confident version of the Ft. Myers, Florida product, who is set for his 10-round crossroads bout versus Abel Ramos (25-3-2, 19KOs). The two collide in the chief support of a Premier Boxing Champions (PBC) on Fox tripleheader live from Bridgestone Arena in Nashville, Tennessee (Saturday, FOX, 8:00pm ET/7:00pm local time).

“All I’ve done since my last fight is train, train and train,” Perrella (17-2, 14KOs) told BoxingScene.com of how he’s spent the past seven months. “I’m feeling like Tiramisu, just adding layers and layers to my game.” 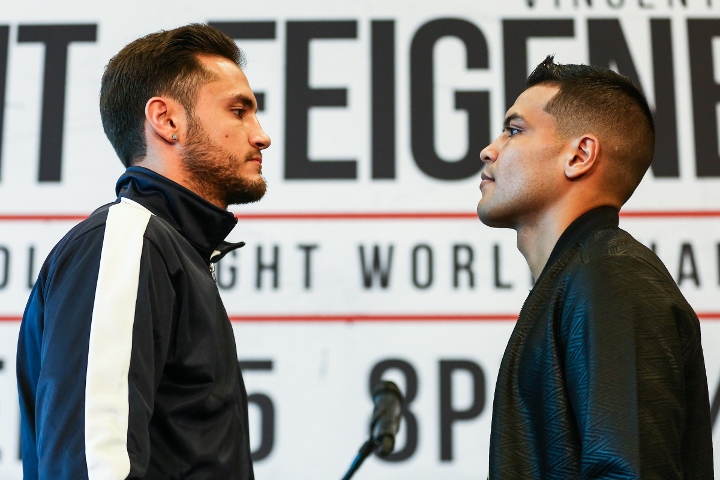 Perrella showed a different dimension in tearing through Domonique Dolton last July, scoring a 3rd round knockout in their FS1-televised clash. The win was the second straight for the 30-year old welterweight following a hard-fought 10-round loss to cagey former titlist Luis Collazo in August 2018.

The idea was to parlay the win into something bigger to close out his 2019 campaign. The timing didn’t work out, but it did lead to his landing on a Fox telecast against Ramos, a hardened divisional gatekeeper from Casa Grande, Arizona who has won seven straight heading into Saturday’s clash.

Despite the chief support not featuring a local fighter around whom to rally, many have the bout begged as the fight of the night and the one to ultimately pull the crowd. Perrella doesn’t have any doubt he will make new fans, but isn’t quite convinced the fight will be as competitive as advertised.

“I know what Abel Ramos brings to the table, I know he’s a tough and experienced fighter,” notes Perrella. “But he hasn’t ever experienced what he’s about to get in the ring with on Saturday night.

“Mark my words, Abel will not be able to do a damn thing with me. He ain’t ready for this spaghetti.”

I want him to lose just for that quote