Pedraza is Sparring Magdaleno Brothers To Prepare For Loma

The unification clash will be televised by ESPN and takes place at the Hulu Theater at Madison Square Garden in New York.

The 29-year-old Puerto Rican has enlisted the services of Diego and Jessie Magdaleno who are both southpaws like Lomachenko. 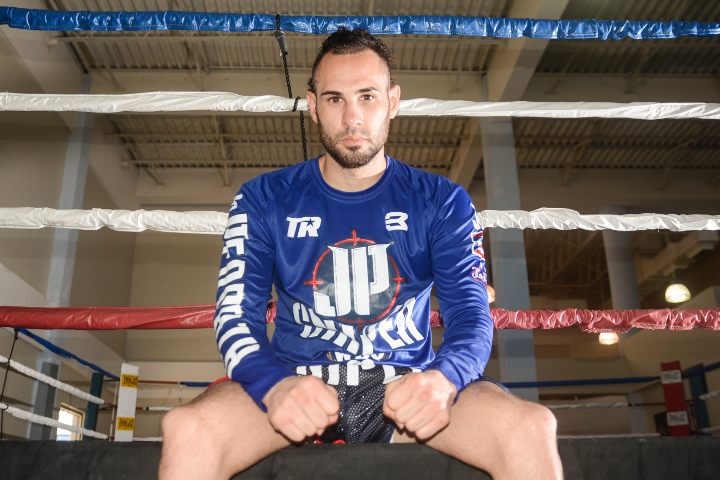 Diego, who is a two-time title challenger and also helped Jorge Linares prepare for his fight against Lomachenko in May, said that Pedraza has looked really good in camp.

Pedraza has also received solid sparring from Jessie, who lost his WBO super bantamweight title earlier this year. While Jessie isn't as tall as Lomachenko, he has great hand speed which makes him a good fit to help prepare for the two-time Olympic gold medal winner.

"Lomachenko is taller but he really isn't that tall.  I recommended my brother and when I called him he was down to train and came right in.  He is giving him great work as well, " said Diego.

The elder Magdaleno brother is signed to Pepe Gomez's Cancun Boxing and said that he will be returning to the ring in mid January as he looks to pick up his 4th win in a row.

Pedraza is a skilled fighter in his own right. This fight will be more competitive than people think, but Loma will take over in the second half.

Pedraza was too slow for Tank. Loma will overwhelm him with speed and movement.

[QUOTE=Jab jab boom;19296051]Pedraza won't win this fight but I think he's going to perform better than people anticipate.[/QUOTE] I agree 100%. I will be attending and expecting a competitive fight. Getting knocked out by Davis doesn't guarantee a cake walk…

[QUOTE=officermaloy;19296000]Loma's boxing IQ is important as much as his footwork. You can't mimic it![/QUOTE] Loma must attack Pedraza