Lopez won a twelve round unanimous decision over Lomachenko at the MGM Grand's Conference Center in Las Vegas.

He walked away with the IBF, WBC Franchise, WBA, WBO world titles. 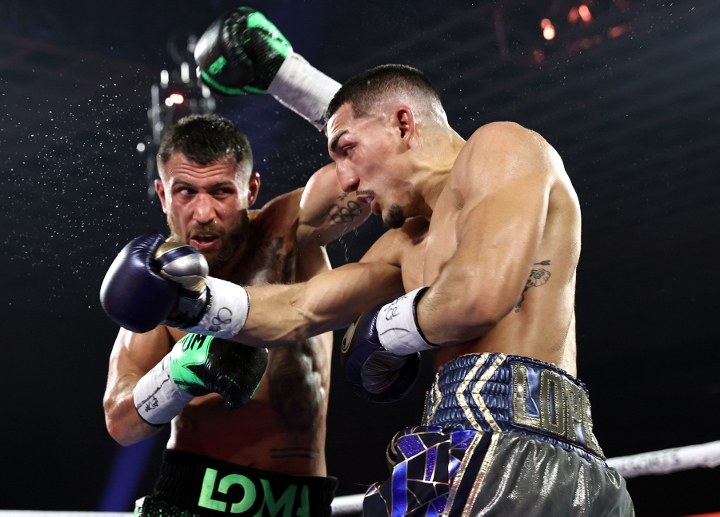 Pedraza, who lost a twelve round decision to Lomachenko, felt the contest was very close and could have been at best a draw.

“The judges' scores seemed a bit absurd to me. I did see it as being very close. I saw it in favor of Loma. We did not see a Loma as we normally see him, being very imposing. In the early rounds he was boxing a lot. He didn't do much and I think that could have hurt him," Pedraza told Sara Hernandez.

"But after round six and seven onwards it was totally different. It was what we normally see from Loma: a little more aggressive."

Former two division world champion turned trainer, Ivan Calderon, disagreed with the scores - but had no problem with Lopez getting the victory.

For his part, veteran trainer Juan de León said he was not surprised by the outcome and felt age was a factor.

"Lopez] had said that if you make Loma go backwards and land a right hand, you can knock him out. If Lomachenko had applied pressure from the beginning, things might have been different. But Loma felt Lopez's power early on and said 'I can't risk it.' In addition, the younger fighter established a game plan for Loma as no one could do in the past, and Loma could not get him out of his mind,” De León said.

“Lomachenko's years are falling apart. Youth prevailed. I am satisfied, happy to see a young man achieve something for history."

Pedraza is such a kiss ass. This is the same guy basically sucking loma off talking about how good he was. Lopez never got on the loma train and even said he was ordinary and I believe him the way…

Jose’s head is just shaking from the punishment received by Loma’s fists.

Loma lost. Loma won rounds 8, 9, 10 & 11, he also won round 2 in my humble opinion. I even gave him round 2 for the benefit of the doubt. The fight was closer than what two judges scored…

[QUOTE=Bandman;20826128]I watched round 2 like 5 times how TF did loma win that? lol[/QUOTE] I keep asking the same question, I think it's just the way some folks are wired, they remember what happened @ the end of the round,…