Pedraza lost a twelve round unanimous decision to Lomachenko in 2018. In the eleventh round, Pedraza was dropped twice and appeared to be on the verge of getting stopped before surviving the onslaught.

This Saturday night at the MGM Grand's Conference Center in Las Vegas, Lomachenko will aim to add another world title to his waist - when he faces undefeated IBF lightweight champion Teofimo Lopez, who has big power in both hands. 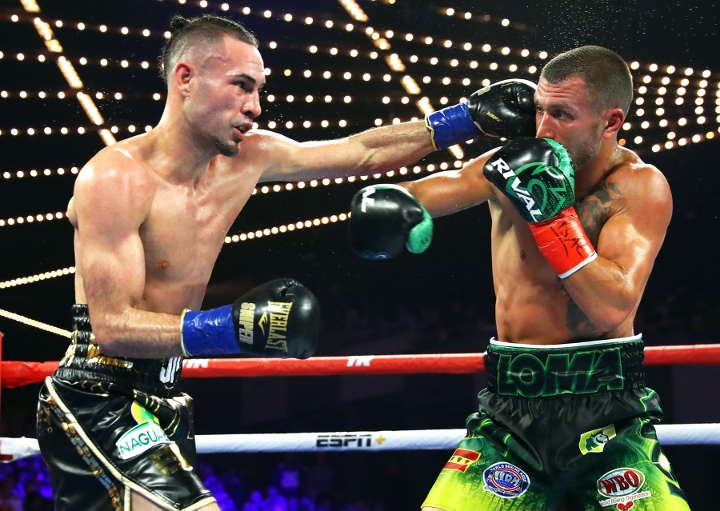 In order to overcome Lomachenko in the fight, Pedraza believes Lopez has to get his hands going in the first five rounds.

“Teofimo has a lot of opportunities [to win] because he is a talented young man with a good punch. He's explosive, but I understand that if he can't do something in the first five rounds, I don't think he can from the sixth [onwards],” said Pedraza to Carlos Gonzalez.

“Lomachenko is progressive, from the sixth round he applies pressure and throws more punches. He is a precise and selective fighter. Teofimo has to take advantage of those first five rounds to come out on top."

Gamalier Rodriguez, who was knocked out by Lomachenko in nine rounds in 2015, agrees that Lopez must be aggressive early.

“Lopez will have to surprise him in the early rounds. Lomachenko tends to get a little cold and from fifth he starts to tighten. He does not hit the face hard, but down to the body it hurts and your performance diminishes. Teofimo is strong with his hands and he is big, and he will have to use similar counter-attacks like Juan Manuel Márquez would use. He cannot go forward and look for him because Lomachenko will frustrate him,” Rodriguez said.

[QUOTE=Silver Spear;20813138]Not sure I follow. Are you looking for a "deathpool" analogy where he lives rent free?[/QUOTE] yeah, and that gay space wizard. the one with the cape.

Lopez is talented the bigger guy naturally and more than likely hit much harder we can’t say for sure; well unless you have fought both guys. He has age and size as an advantage, plus he seems to be quite…

[QUOTE=Rick Taylor;20812952]living in your head rent free 😆[/QUOTE] Let me do some research on "deathpool" and wolverine to find a good analogy.