Pedraza: I Would Love To Fight Lomachenko Unification Next!

If all goes well for the challenger on Saturday night, Jose Pedraza (24-1) would be penciled in to fight WBA lightweight champion Vasyl Lomachenko on December 1st in a lightweight unification clash.

He must first defeat the reigning WBO lightweight champion Ray Beltran (35-7-1) whom he faces in an ESPN televised main event in the Phoenix area on August 25th.

The Puerto Rican fighter is very interested in facing Lomachenko - who is universally regarded as one of the top two fighters in the sport - but realizes he must take care of Beltran before any serious discussions can begin in regards to the potential unification fight. 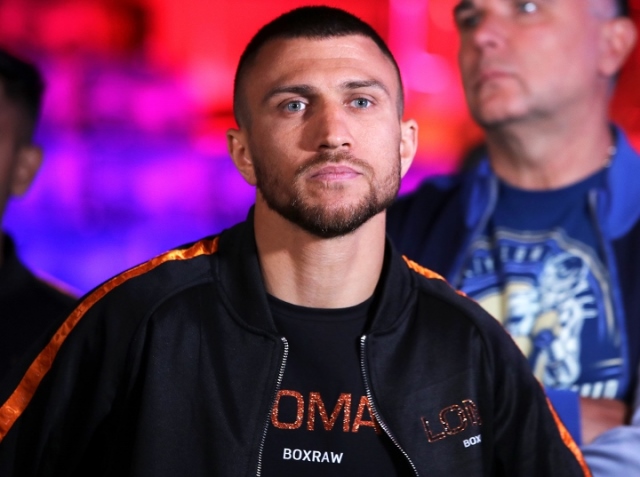 "The key simply is to be in great condition and to match his boxing. Salido used a style that only he has against Lomachenko, a style that made Lomachenko very uncomfortable and that is how Salido got his hand raised after the fight."

Lomachenko was last in action in May when he got off the canvas to stop Jorge Linares in a very exciting fight.  Lomachenko hurt his shoulder early on but was able to top the Venezuelan in 10 rounds.

"I saw many similarities between the Salido and Linares fights. Linares was patient and he found his distance and attacked at the right time and that is what I would have to do as well," Pedraza told BoxingScene.com.

Another name mentioned was WBC/IBF lightweight champion Mikey Garcia.  Pedraza said that he is willing to fight all of the top fighters in the division and Garcia is definitely one of them.

"I want to become a champion at 135 pounds and then unify. I wanted to do that at 130 but didn't have a chance but if I can unify at 135 and Mikey Garcia is there then why not?" Said Pedraza.

Pedraza is a good boxer. No power tho

[QUOTE=Clegg;19040621]Pedraza has shown some good skills but where's the high IQ? Like you say he picks the wrong tactics. I hope he's planning to really box vs Beltran and not get into a war but Beltran is open and I…

[QUOTE=Bronx2245;19038972]Are you suggesting that Pedraza should fight a "technical" fight vs. Lomachenko? I don't think that's a good idea. Lomachenko beat GRJ, and it doesn't get much better than him, when it comes to boxer-punchers. Loma has to be bullied!…