Pascal: Bivol Still Untested, But Best Fighter In The Division

If anyone can speak to who’s who within the light heavyweight division, it’s Jean Pascal.

The 36-year-old Pascal perceives Dmitry Bivol as the best light heavyweight in their division at the moment. And not just because Pascal (33-5-1, 20 KOs, 1 NC) will challenge Bivol (14-0, 11 KOs) for Bivol’s WBA title on Saturday night at Hard Rock Hotel & Casino’s Etess Arena in Atlantic City, New Jersey.

“Honestly, I don’t think he has been tested yet,” Pascal told BoxingScene.com about Bivol on Wednesday. “But I know for a fact that he is a good fighter. He’s young, he’s fresh. Right now, I think he has the best tools in the division. So that makes him the best fighter in the division. He’s the youngest one and he’s the one with the best tools. And he’s the fresher one as well.” 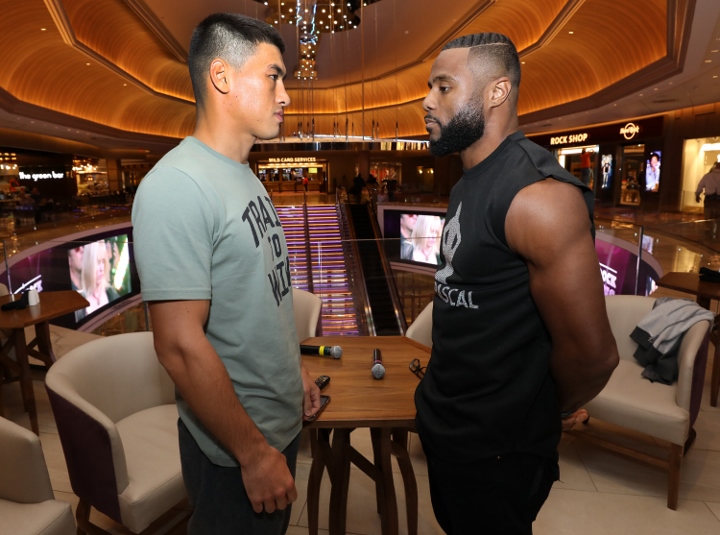 At 27, Kyrgyzstan’s Bivol is younger than the three other recognized light heavyweight champions.

Bivol hasn’t beaten any of the aforementioned fighters, but Pascal still considers him the best boxer in their division.

As highly as he thinks of Bivol, Pascal “definitely” sees weaknesses in Bivol he can exploit Saturday night. Their 12-round encounter will be broadcast by HBO as the main event of a “World Championship Boxing” doubleheader scheduled to start at 10 p.m. ET.

[QUOTE=Adamsc151;19291366]You know what's needed? A WBSS at 175lbs..... wait a minute, they tried that and the champs/promoters didn't buy in hence why we have an unnecessary season 2 of the Cruiserweights. I still think it's needed at 175 and would…

[QUOTE=robbyheartbaby;19290744]Jesus dude you can't join this forum and spew put that tripe, try again.[/QUOTE] Just calm down It's only my opinion😁 But seriously even if you dont agree with me, is it really that out there that he's not as…

[QUOTE=Brooklyn926;19290412]That “math” only works if kellermens word held weight on the matter. I don’t believe there is anyone in the division that can beat everyone, in fact they each can win and lose fights agaist each other, but when I…

Pascal will take an early shower.

Pascal has a bout a 5% chance of winning the fight but like Lloyd on Dumb & Dumber once said, 'SO YOU'RE TELLING ME THERE'S A CHANCE! YEAH!