His fighter Joseph Parker is the only man to go the distance with Joshua.  Parker lost a 12 round unanimous decision to Joshua in March but the New Zealand native wasn't ever seriously hurt in the fight.

Now there is a lot of talk of a potential matchup between Joshua, who holds the WBA/WBO/IBF/IBO heavyweight titles and Deontay Wilder who holds the WBC title. There has been a lot of posturing between the two the camps who are trying to reach an agreement for the fight to happen in the 4th quarter of 2018 or the first quarter of 2019. 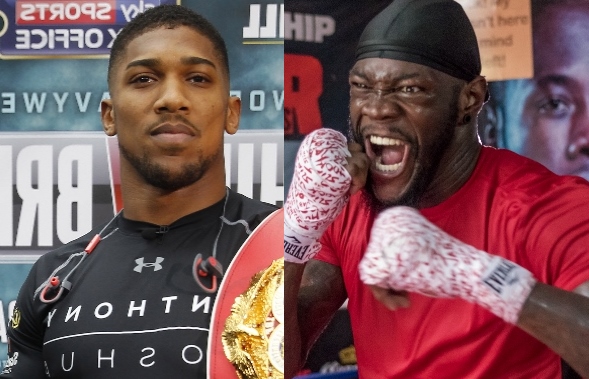 If they do actually meet in the ring Barry said that he leans towards the American to leave the ring victorious.

"Look I have always thought Deontay Wilder is a very good and a very dangerous fighter - an unorthodox fighter who throws punches from very crazy angles. He is a fighter who is very hard to train someone to defend the angles of the punches that Wilder throws. I think that is what makes him so dangerous plus also he possesses probably the best one punch knockout power in the division makes him even more dangerous," Barry told BoxingScene.com.

I like at the moment Deontay Wilder in that fight. I think that Joshua and his team see the same thing I see and they want to give him every opportunity to be successful by leaving that fight for as long as they possibly can. It is always going to be there. I think the longer they leave it the more money it is going to be worth."

Parker returns to the ring on July 29th when he travels back to the UK to face Dillian Whyte at the O2 Arena.  Whyte was also last in action in March when he defeated Lucas Browne via a brutal knockout.

AJ is not gamebred. he's an athlete. Deontay is that rough, tough, bombaclat bad mon from out Jamaica

I just can't see how Joshua will get through Wilder's jab without rushing in. Wilder has the better jab and more reach, while Joshua doesn't really have an "anti-jab" weapon. Joshua will have a hard time cornering Wilder as he…

[QUOTE=uppercut510;18882826]aj will fight very careful he will win early rounds and eventually get caught and swarmed. if he fights aggressive he has a chance to catch wilder with a clean counter that can stun him, if wilder is stunned and…

[QUOTE=Ake-Dawg;18884797]If AJ can mimic that style for 10+ rounds I will tip my hat to him.[/QUOTE] It wasn’t anything special Any decent boxer with pedegeee will cause wilder problems but like I said he has the equaliser :boxing: hopefully this…