A boxing match between UFC superstar Conor McGregor and WBA welterweight champion Manny Pacquiao is 'inevitable' - according to Audi Attar.

Pacquiao, 42-years-old, has been out of the ring since July of 2019 - when he won a twelve round split decision over unbeaten Keith Thurman to capture the WBA title at the MGM Grand in Las Vegas. 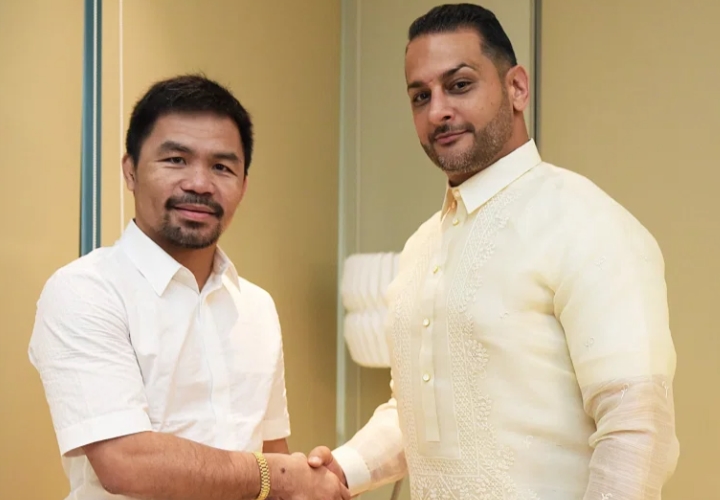 McGregor made his boxing debut in August 2017, when he was stopped in ten rounds by Floyd Mayweather

Since that loss, the Irish star returned to mixed martial arts.

Last year, McGregor was beating the drum for a boxing match against Pacquiao.

Attar could see the contest come off before the end of the year.

"Both fighters want it, that's the key. You can't make something happen or orchestrate it or choreograph it - which is the buzzword of this interview - you can't fake that. If one side wants it and the other doesn't, it's not going to happen. But when both fighters want that fight to happen, why wouldn't it happen? If the fans want to see it - that almost guarantees that it's going to happen, right? As there's enough interest to develop something there."

Attar has already spoke with the UFC about the fight.

McGregor is scheduled to return at UFC 257 on January 23, in a rematch with Dustin Poirier.

"We've been having amazing conversation with stakeholders across the world, including the Middle East. We'll see where it goes. I'd be shocked if it didn't happen in 2021."

These racist black idiots...Manny's been off for 2 years , so he's gonna need a tune up fight anyways, I have no problem using mcgregor as a tune up and making big bucks -to donate to poor people, unlike someone…

"Attar has already spoke with the UFC about the fight." Get some writers who know English.

Obviously this match-up is all about the money - for both guys. However, I'd like to see Pacquiao fight Spence first. Then do whatever he wants to do to finance that run for president of Philippines.

Then go ahead an retire from boxing and give up the belt. Sure he's earned it but I didnt watch Floyd's farce with McGregor and I wont watch this one. Stop holding a boxing title if you're not fighting boxers