Pacquiao Takes Another Swipe at Mayweather Over Nasukawa KO

Manny Pacquiao has been fully focused on next weekend’s fight with Adrien Broner but on Thursday the Filipino eight-division world champion still found time to take a subtle jab at Floyd Mayweather.

Pacquiao, who has been repeatedly asked about a possible rematch with Mayweather, pulled no punches when commenting on his former foe’s one-sided New Year’s Eve exhibition victory over Japanese kickboxer Tenshin Nasukawa that lasted two minutes.

“It’s my first time to see an exhibition where you knock your opponent out,” Pacquiao said. “Supposedly an exhibition is just to entertain people, nothing serious, for three rounds. But that’s what I understand about exhibitions.” 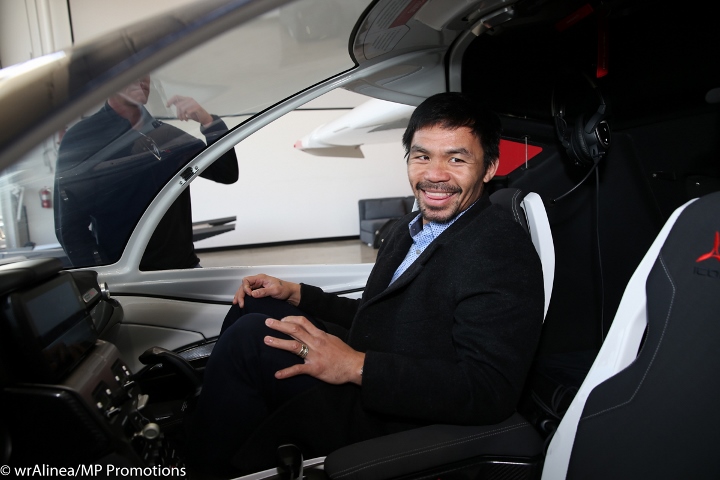 It was the second time in as many weeks that Pacquiao has taken a shot at Mayweather - who said he earned $9 million for fighting Nasukawa - with the Filipino having also tweeted after the fight that his New Year’s resolution would be to “only fight experienced opponents who are my size or bigger.”

There has been speculation about a Mayweather-Pacquiao rematch ever since the American scored a unanimous decision in their 2015 bout that was dubbed “The Fight of the Century” but never lived up to its billing.

Mayweather, 41, retired in 2017 with a 50-0 record and said on Instagram in September that a rematch of the much-hyped 2015 fight with Pacquiao would take place. The post included a video of the pair talking to each other at a Tokyo music festival.

Pacquiao may be eyeing a lucrative rematch with Mayweather but he refused to shows his cards and said such talk would have to wait until after next week’s welterweight title defence.

“I have no problem fighting anybody as long as there is no problems with the negotiations,” said Pacquiao. “My plan is just one at a time.”

[QUOTE=THEFRESHBRAWLER;19423754]In a sport where you can lose your life or end up with Parkinson’s. It is all about the money kid that’s why Pacquiao was begging to fight McGregor[/QUOTE] LOL You'll never get. 1st things first. It's for the love…

Quote: Originally Posted by PunchyPotorff View Post Oh wow, Floydie beat a one-armed fighter... who Floydie made sure wasn't even allowed to get a pain shot before the fight, and he pulled on Manny's arm the entire fight. Any other…

[QUOTE=PunchyPotorff;19423457]Oh wow, Floydie beat a one-armed fighter... who Floydie made sure wasn't even allowed to get a pain shot before the fight, and he pulled on Manny's arm the entire fight. Any other Floydaholic DA rants for the day there…

Pacman is so rich its rediculious, funny how everyone says he's broke. If anyone going broke its Mayweather, that ***** one stupid m***erfuc***r.

[QUOTE=McNulty;19425802]He got 10 for Horn and 4 for Vargas. Can't find anything on Matthysse.[/QUOTE] Over 20mil for Matthysse, Malaysian government chipped in.