Pacquiao: I'd Only Fight McGregor If I'm Co-Promoter of The Event

Due to the COVID-19 restrictions, the 41-year-old Pacquiao is not going to fight until 2021.

Pacquiao has been out of the ring since July of 2019, when he won a twelve round decision over Keith Thurman to capture the WBA title. 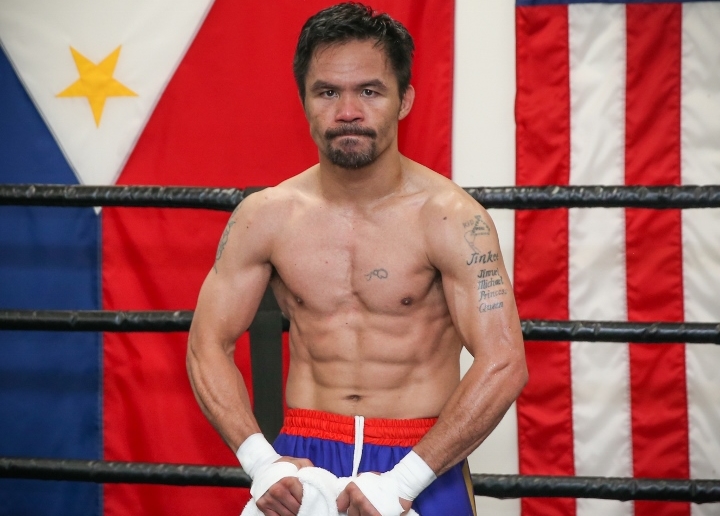 McGregor, who earlier this year announced his retirement from the UFC, recently made an announcement that he planned to fight Pacquiao in a cross-sport boxing match in the Middle East.

Pacquiao, who is also a senator in the Philippines, wants to use the revenue to help many of his countrymen that were affected by the coronavirus.

McGregor made his boxing debut in August of 2017, when he was stopped in ten rounds by Floyd Mayweather at the T-Mobile Arena in Las Vegas.

A fight with McGregor, according to Pacquiao, would require the involvement of his promotional company, MP Promotions.

He also denied having an agreement with Paradigm Sports Management, who guide the career of McGregor. The eight division champion has now formed his own management company, Pac Sports and Entertainment.

"At the present time, I do not have an existing management contract with Paradigm Sports Management. I have formed my own company, Pac Sports and Entertainment, and am more than willing to give the fans what they want: An exciting fight with Conor McGregor under terms and conditions where I am the co-promoter with my company. Thank you and God bless," Pacquiao told The Daily Mail.

"If this [fight] is true, Pacquiao will have an easier time with you McGregor than when he fought Ricky Hatton [who was knocked out in two rounds in 2009]," stated Roach.

While McGregor has retired from the UFC, the MMA organization still have him under an exclusive contract and they are not going to allow him to fight Pacquiao without their involvement.

McGregor is past his prime and he's almost done now so he can't survive the first 6 rounds against Pacquiao.

Fighting a May castoff ( 0-1(ko);0 ) and donating a ''large'' portion of the proceeds to his fellow countrymen. Pac hasn't accumulated enough USD to do just that ? Where he wouldn't need a 0-1(ko);0 guy to fund such generosity…

Has no one realize that Pac is a narcissistic liar? Damn, dude is seriously barefaced with his lies.

[QUOTE=Bob Haymon;20789352]This sure seems like there was an official agreement between Pacquiao and Paradigm.