One of the biggest pieces of news to generate from this past weekend, was the announcement by Floyd Mayweather that he wants to return by the end of the year for a rematch with Manny Pacquiao.

He won a twelve round unanimous decision over Pacquiao in May of 2015 - in a fight that shattered every financial figure for boxing and still holds the pay-per-view buy record - with 4.6 million purchases. 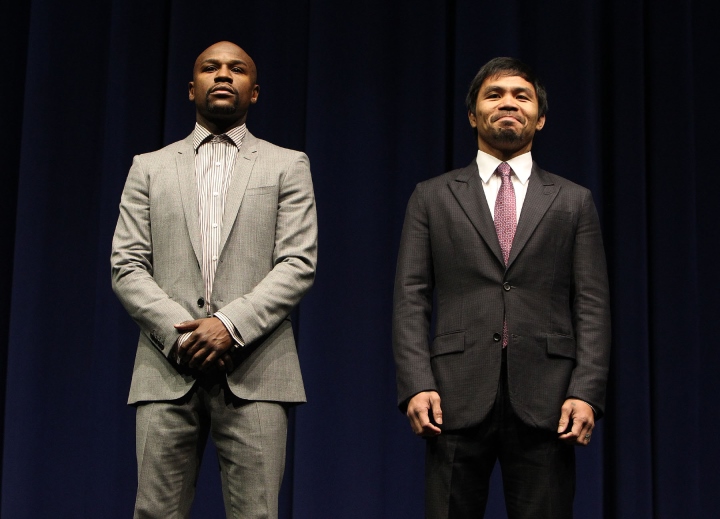 Pacquiao, 39-years-old, was in action back in July, when he stopped Lucas Matthysse to capture the WBA "regular" welterweight title in Malaysia.

Mayweather posted a video to Instagram, where he and Pacquiao were speaking at a concert in Tokyo, Japan.

Pacquiao is targeting December for his next fight - and Mayweather was stating in the video that he wants to do the rematch this year.

According to Pacquiao, there is nothing concrete as of yet, but added that a second fight with Mayweather is a big possibility.

"No [there is nothing concrete], I'll negotiate more. When he returns, then we can fight. We're still talking," Pacquiao said to GMA News.

"We met in Japan at an event. That's a big fight. We just ran into Mayweather in Japan and the reaction of the fans was so severe.

"He said 'easy fight, easy fight.' I said 'let's get it on and get back to the ring, we will fight. I have the belt.'

"There is a big possibility [the fight happens]. He wants to come back, he wants to get my belt. We're going to finalize my next fight this week, either Mayweather or somebody else, where and when, what date. There's also Amir Khan, Terence Crawford, Adrien Broner [as other options for my next fight]."

I’d pay to see may vs alvarez again but not may vs pac. period.

[QUOTE=TheBigLug;19112008]i doubt anyone cares about the belt, especially Floyd. it's only about $$[/QUOTE] The Fraudsters Bank Account needs a Refill... Manny at the Moment is where the Bread is...

I don't care anymore, i'm not buying it... blah blah blah, but but i'm salivating for this rematch!