Pablo Cesar Cano has waited literally all year to follow up on the biggest win of his career.

His patience paid off in a big way, though surviving an early scare to knock out Roberto Ortiz in Saturday evening in San Miguel de Allende, Mexico.

Ten months after shocking the world with his 1st round knockout of former three-division titlist Jorge Linares in January, Cano appeared to be well on his way to his second straight early night at the office, though for the very wrong reasons. The resurgent junior welterweight contender was floored by Ortiz (35-5-2, 26KOs) in the opening round, walking into a crushing right hand that forced him to the deck.

Cano beat the count, staggering to a neutral corner before regaining his bearings. Any shot of an upset win for Ortiz was lost the moment the round ended. 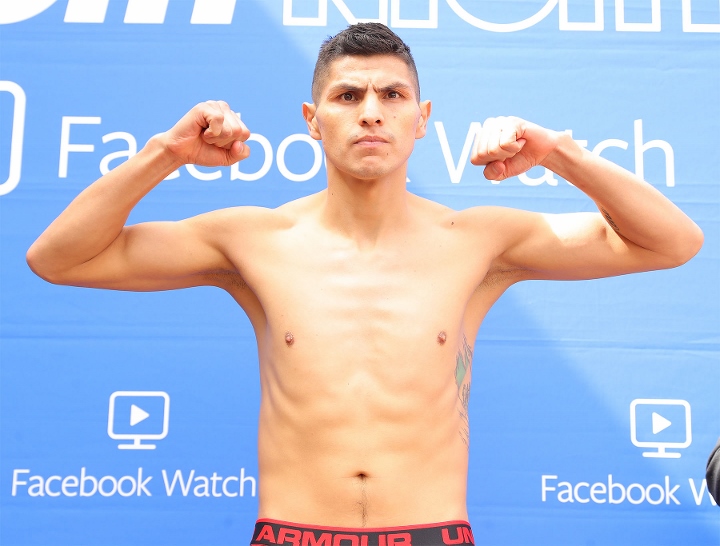 Once the bell sounded to begin round two, Cano took over. Ortiz was game but swinging wildly, with Cano avoiding most of the incoming and connecting with right hands. A flurry of shots was capped by a left hook which sent Ortiz to the canvas for a second time on the night. This time, referee Juan Jose Moreno saw enough, immediately waving off the main event.

Cano picks up his third straight win—his longest win streak since 2012—as he improves to 33-7-1 (23KOs). Oddly, 2019 is arguably the best of his 13-year career despite going just three total rounds. His stunning knockout win over Linares remains a strong contender for Upset of the Year in a year filled with them, with a resurgence in his career perhaps leading to a title shot in 2020.

I'm surprised cano got up from that punch. He got caught full force, reminiscent of how Marquez caught Pacquiao. Cano looked out of it, and had his back not been turned when he stumbled to the corner, the ref would…