Otto Wallin vs. BJ Flores is Off: Flores Not Medically Cleared

For the second time in three months, Otto Wallin’s appearance on Showtime has been ruined by a medical issue.

The undefeated Swedish heavyweight was supposed to box BJ Flores as part of a “ShoBox: The New Generation” tripleheader Friday night at Emerald Queen Casino in Tacoma, Washington. Flores was denied a license, however, which led Salita Promotions, which represents Wallin, to issuing a statement Friday night that announced the Wallin-Flores fight has been canceled.

“As part of the licensing process in the state of Washington, the doctor appointed by the boxing commission to oversee tonight’s event reviewed medical tests and determined that BJ Flores would not be medically cleared to compete,” the statement read. “Based on that opinion, Washington State Department of Licensing spokesperson Gigi Zenk notified Salita Promotions this afternoon that they would not issue BJ Flores a license to fight against Otto Wallin tonight. Due to medical privacy requirements, we are unable to provide further information at this time.” 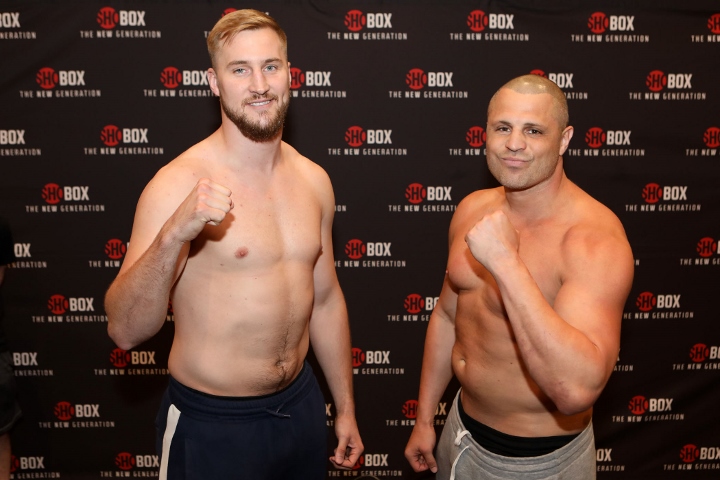 In Wallin’s last fight, he was forced to settle for a no-contest after less than one round of action.

An accidental clash of heads between Wallin (20-0, 13 KOs, 1 NC) and Baltimore’s Nick Kisner caused a cut over Kisner’s right eye midway through the first round of a fight scheduled for 10 rounds April 13 at Boardwalk Hall in Atlantic City, New Jersey. A ringside physician for New Jersey’s State Athletic Control Board determined that Kisner (21-4-1, 6 KOs, 1 NC) couldn’t continue and referee David Franciosi stopped their fight.

[QUOTE=hectari;19906085]I saw his recent visit was to this thread lol, and he got mad at a member challenging him to a fight in another thread.[/QUOTE] Well i can’t say that I wouldn’t be angry as well having to deal with…

[QUOTE=Boxingfanatic75;19905194]Not to my knowledge. However it’s him and he’s been here forever. Posts rarely only to let us know he is fighting or giving condolences to fighter who have passed[/QUOTE] I saw his recent visit was to this thread lol,…

[QUOTE=hectari;19905190]so he goes by the name boxrec does BJ own that site?[/QUOTE] Not to my knowledge. However it’s him and he’s been here forever. Posts rarely only to let us know he is fighting or giving condolences to fighter who…

[QUOTE=Boxingfanatic75;19904952]boxrec is his name[/QUOTE] so he goes by the name boxrec does BJ own that site?