Around this time three years ago, O’Shaquie Foster was sitting in the communal area of an Orange County, Texas jail watching Terence Crawford fight Julius Indongo for the unified 140-pound title.

As Crawford put the finishing touches on Indongo with a brutal body shot, Foster thought to himself that he had a similar skillset, and rather than being locked away from society, he should be underneath the bright lights on national television.

Fast forward to 2020, and Foster is watching Crawford once again, this time defeating Kell Brook. Now, he’s watching from the comfort of his own home in Houston, just days away from his own nationally televised bout against Miguel Roman on Thursday.

A win in this bout wouldn’t net him a world title, but it would likely land him in the Top 10 of the 130-pound division in consensus rankings across boxing media, and perhaps more pertinently, in a serious position to challenge for the WBC belt held by Miguel Berchelt.

The light is at the end of the tunnel of a journey that began in unimaginable darkness. Days after Foster watched Crawford-Indongo, Hurricane Harvey began to sweep through Texas, causing widespread flooding. This flooding did not spare society’s most vulnerable, leaving many inmates without power and languishing in waters up to their knees. According to a 2017 report by The Nation, with filings from the National Lawyers Guild, while 6,000 inmates in the Texas prison system were transferred, it’s estimated some 100,000 were not.

Foster wasn’t one of the lucky ones. For a week and a half, it was so dark he couldn’t see his own hands.

“I was like man, this ain't for me, I need to get my life together,” said Foster. “I had to let go of the streets and put more focus on worrying about myself. That was always my problem, I was always worried about oh, this person is getting in trouble, why am I so far? Maybe I need to go back to the 'hood and help everybody out. I was just constantly getting dragged back in and not putting what I needed to do first. I realized if I help myself, I'm gonna be able to help them.”

Two months later, the eight-time national amateur champion and 2012 Olympic alternate was back in the ring in a rust-shedding four rounder, the equivalent of the starting block in boxing. With a pair of Showtime-televised losses on his ledger, there wouldn’t be much institutional help to build him back up—it would require taking a risk. 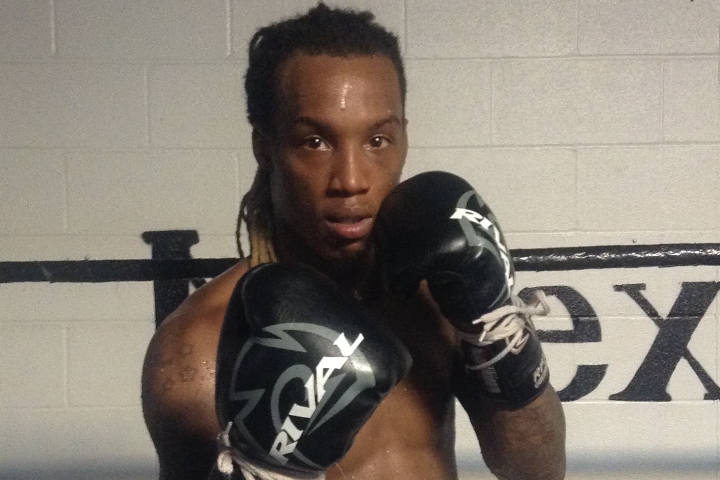 So, on September 21, 2018, Foster took a fight against Jon Fernandez, who at the time was considered one of boxing’s hottest prospects. It was Foster’s third ShoBox appearance, and was presumed to be his third loss before he was sent to the purgatory fighters are sent to when they’re too good to be journeymen but not good enough to be contenders.

It all came together for Foster, who along with trainer Bobby Benton had refocused his efforts in Houston alongside stablemate Regis Prograis. Foster soundly outboxed Fernandez in one of the year’s most impressive ShoBox performances.

“The only reason why I suffered those losses is because I was still in the streets, still doing things outside of boxing and not actually focusing on my craft. I was always just doing off talent. Even as an amateur I would just show up and win tournaments off of talent, I wouldn't even train. That just didn't work for me in the pros,” said Foster. “I reevaluated my whole career, and I knew I had to put in more work so that my talent could show.”

That talent has been shining ever since, particularly in his Knockout of the Year contender over Jesus Bravo in Costa Rica last year on Broadway Boxing. He followed that up with a near-shutout of Alberto Mercado in December, ultimately landing at No. 9 in the WBC’s rankings.

Then the pandemic hit in 2020, and Foster admits he thought for a moment that his run of good fortune had run out once more.

“It came across my mind, but being through all the drama of my pro career, I've learned to be patient. So that's how I was approaching it,” said Foster. “I figured something would open up soon.”

Foster’s bout with Roman will headline a new NBC Sports venture, Ring City, on November 19. In many ways, it’s the exact outlet someone like Foster has been waiting for, a promoter-agnostic (to use the company’s terms) series that is willing to feature fighters like Foster who aren’t a part of a power-player’s roster and benefitting from their internal momentum.

“It was a big relief, getting that big chance,” said Foster.

The 27-year old Foster’s preparation has fortuitously aligned with Prograis’ camp this time around, giving him an elite caliber buddy to run alongside him as he prepares for the biggest opportunity of his career—someone who has been on even bigger platforms.

But the aid hasn’t just been flowing in one direction. Foster has been helping Prograis as well, a vote of confidence when it comes to his ring IQ and technical prowess.

“We weren't sparring but we were definitely training together. I would come in 30 minutes early to watch him spar, and he would come watch me, and we would just give each other tips,” said Foster. “The last year or two when he became number one and won all those titles, the last three years just being around him, I got to see how a professional works, all the hard work he puts in and how he goes about his business.”

The rigors of the work he puts in during the long days in the gym can never be as difficult as what he’s gone through to get to this point. Foster had every reason to give up hope, and his boxing career could have ended in a cell where no one could see him and he couldn’t see them. The images of a world title in his mind and the vision of himself with one around his waist kept hope in his heart.

Thursday is as much a step towards that goal as it is another celebration of how far he’s come.

“We're just gonna have fun in there,” said Foster. “They're gonna be in for something they haven't seen in a long time in boxing.”