2012 Olympic silver medal winner Esquiva Falcao (20-0, 14 KOs) stopped Salim Larbi (20-9-2, 7 KOs) in the first round. Falcao dropped him twice, with the referee waving off the contest after Larbi went down for the second time.

United States Olympian Mikaela Mayer (4-0, 3 KOs) destroyed Maria Semertzoglou (7-4) in 35 seconds of the first round. Mayer stunned her with a hook and then battered her against the ropes until the referee jumped in.

In a super featherweight contest, prospect Bryan Lua (4-0, 1 KO) picked up his fist professional knockout win with a one-punch left hand that cracked Jesus Arevalo (2-3) on the chin and sent him down and out in the first round. Lua is trained by Robert Garcia. 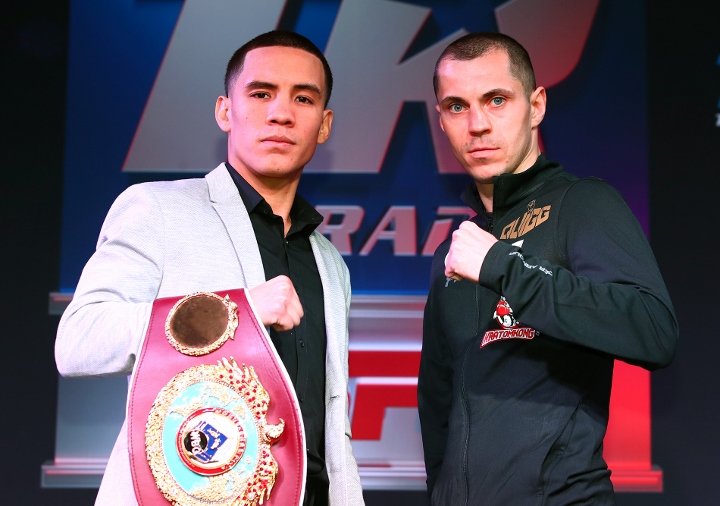 Ruiz was competitive against Parker, but has never won a significant fight. Falcao needs to spit or get off the pot. Poor undercard.